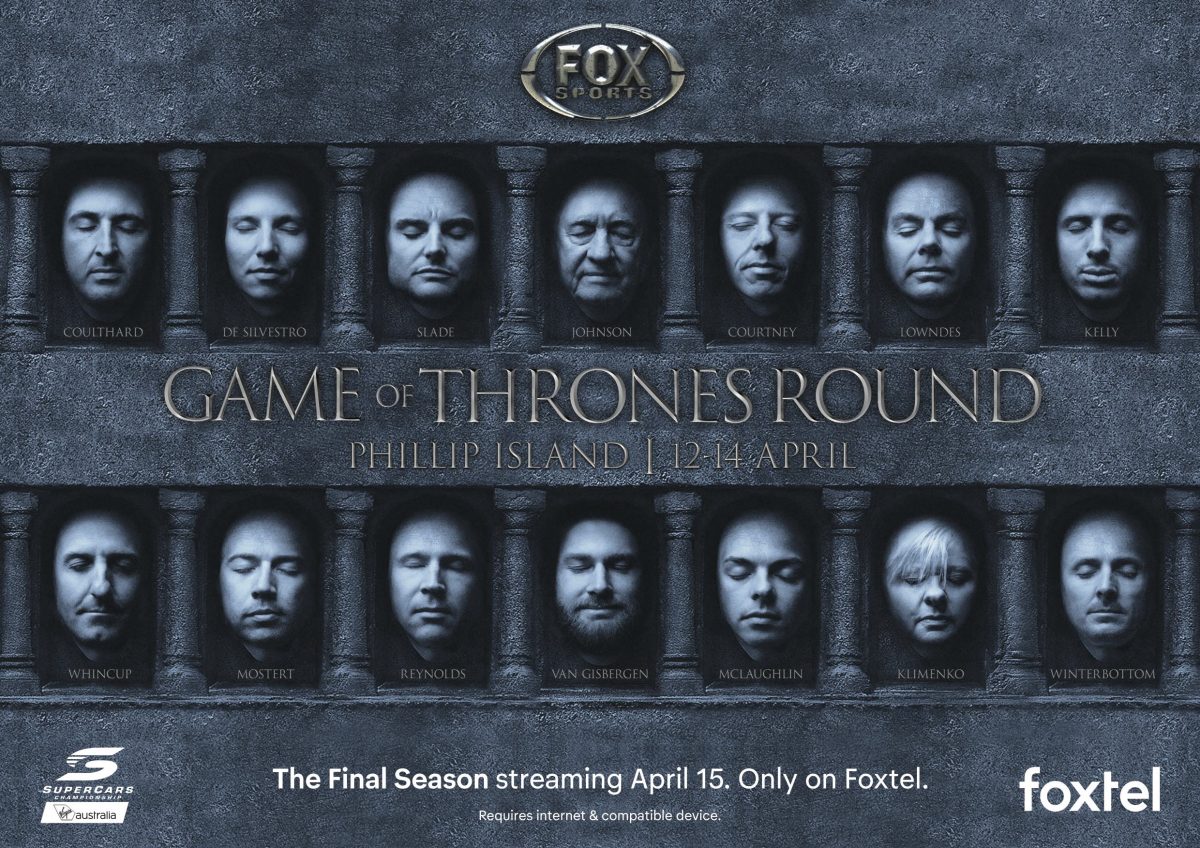 Fox Sports has announced that this weekend’s WD-40 Phillip Island SuperSprint will be themed around hit television drama Game of Thrones.

The multiple award winning fantasy drama, which is set to return to Foxtel screens, will be woven into the coverage during the fourth round of the Virgin Australia Supercars Championship.

Speedcafe.com has been told by Fox Sports that the network has several Game of Thrones features planned throughout the coverage which include drivers dressing in attire akin to that worn by characters in the series.

The winner of the two races at Phillip Island will also sit in a mock-up of the Iron Throne once they step out of the car.

It is also understood that a suite of special graphics have been produced for the coverage.

Supercars will join similar Game of Thrones themed programming of Fox League, Fox Footy and during rugby broadcasts this weekend.

The Phillip Island SuperSprint will begin on Friday, April 12.