Tony D’Alberto will contest the inaugural TCR Australia Series behind the wheel of a Wall Racing Honda Civic Type R.

His team-mate is yet to be confirmed with the second Honda Civic expected to arrive in the country in the coming weeks.

“I’ve been working hard on getting into the TCR Australia Series. The category has a lot of potential in our racing market here in Australia,” said D’Alberto.

“Personally, I’m really excited to have my own car for the year. Over the past few years, I’ve been driving lots of different cars with other people. It will be nice not be a co-driver for a change.

“The Honda Civic is a great car. From all reports, it is one of the best TCR Series cars in the field at the moment. The JAS Motorsport team has built a fantastic car and I’m confident that with Wall Racing we can be up the front and be competitive.” 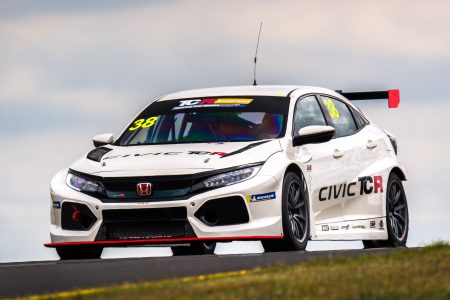 Wall Racing boss David Wall, who drove with Tony D’Alberto Racing in Super2 in 2011, is looking forward to working with the 2007 Super2 series winner, who is expected to be among the pacestters.

“Tony and I have driven together in the past and we’ve always had a great respect for each other. I feel that we’re going to be a very good combination,” said Wall.

“The drivers for the first series are now starting to be confirmed quickly, and I have a feeling it’s going to be really competitive.

“I’m hoping that I can lock away our second driver in the coming weeks so we can have everything set for the testing and the opening round.”

Vernon will race an Alfa Romeo Giulietta while Pither will pilot a Renault Megane.

Hyundai squads HMO Customer Racing and Garth Walden Racing are yet to announce their driver line-ups along with the newly announced four-car Subaru and Opel entries from Kelly Racing.

Melbourne Performance Centre is yet to reveal its plans for its Audi and Volkswagen cars.

Sydney Motorsport Park will host the opening round of the TCR Australia Series from May 17-19.