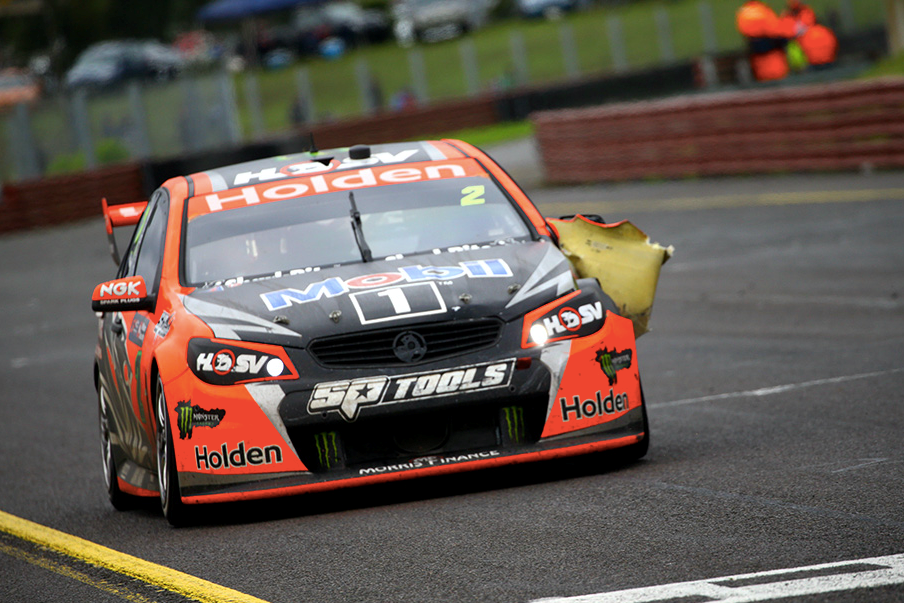 Walkinshaw Andretti United will auction off the chassis with which it took its last race win as the Holden Racing Team, from this weekend.

Chassis 23 won 2016 Sandown 500 in the hands of Garth Tander and Warren Luff when the former managed to hold off Shane van Gisbergen with a flailing front guard in a tense finish.

The car is also the last built by the team in its former guise as the factory Holden team, and indeed its last such pole-sitter when Tander qualified fastest for the final ever race at Sydney Olympic Park.

The chassis is currently being raced by James Courtney and will be delivered to the new owner at the end of the 2020 Virgin Australia Supercars Championship.

Such auctions are actually common for Andretti Autosport, a practice which WAU took up when it also pre-sold Chassis 24 during last year’s Supercheap Auto Bathurst 1000 weekend.

“It’s extremely exciting to once again be offering the opportunity to purchase a Supercar to the public, especially one that will go down in history,” said WAU co-team principal Bruce Stewart.

“We were the first team in Supercars to offer the pre-sale opportunity, and after the success and interest it generated, we are delighted to do it again through a known and trusted auctioneer in Lloyds.

“To own a Walkinshaw Andretti United built and prepared car is a rare opportunity, but to know that it was the last race winner under the HRT banner makes it extra special.”

The car, which debuted at Sydney Motorsport Park in 2016, was also a Supercheap Auto Bathurst 100 runner-up with Scott Pye and Luff in 2017.

It will be offered as a rolling chassis, excluding engine, and delivered in 2018 specification, although for an additional cost can be returned to VF specification and have the 2016 livery splashed on it.

The winning bidder will also receive hot laps and paddock passes to Supercars events during the 2020 season.

The auction will commence on Sunday and wrap up on the evening of Saturday, April 27.