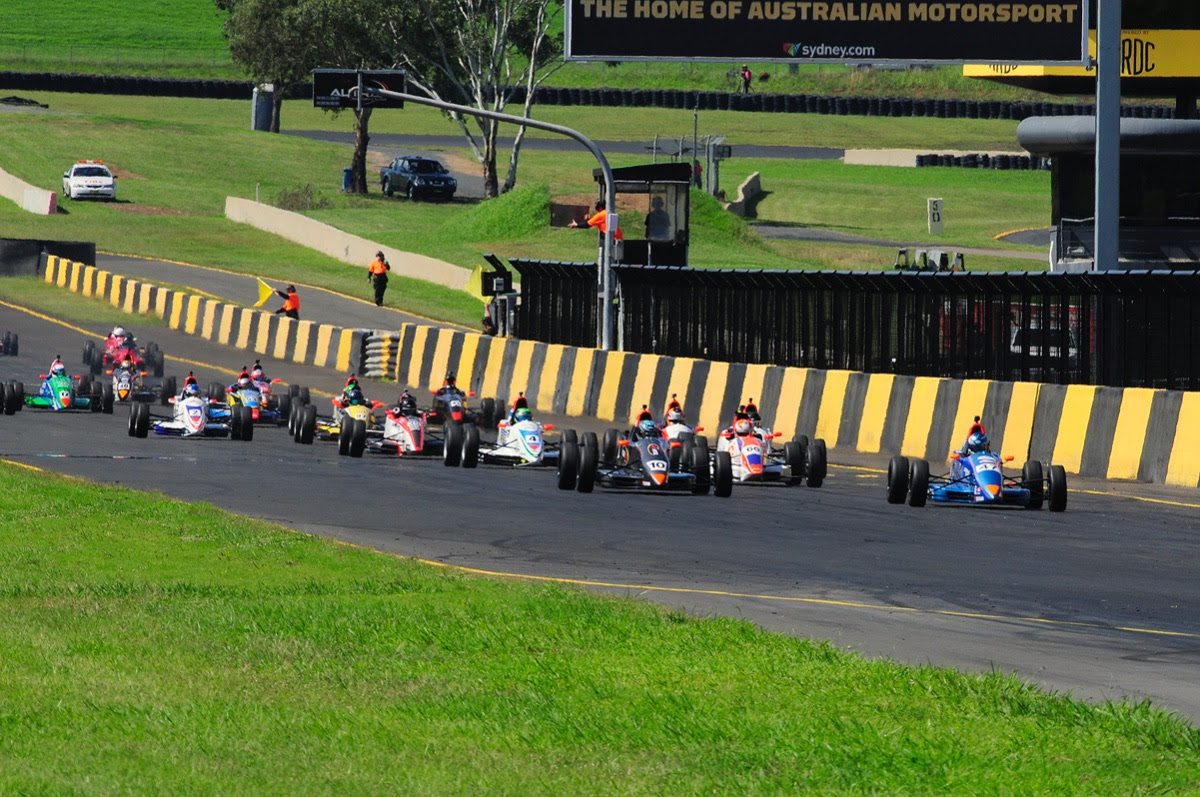 Tom Sargent earned his maiden Australian Formula Ford Championship round win in the opening event of the season at Sydney Motorsport Park.

After taking pole position for Race 1, Sargent led for much of the encounter.

Traffic on the last lap, however, allowed then-second place man Zac Soutar to capitalise and capture the victory by 0.04s as Callum Hedge finished third.

Sargent and Soutar again engaged in battle in Race 2, with the former making his move at Turn 6 on Lap 3 to seal his maiden race victory.

Soutar and Hedge completed the top three in the shortened five lap race after Jason Liddell stopped on the out lap with a mechanical issue.

Hedge then grabbed his own maiden race win in the third hit out after a mighty squabble with Sargent and Soutar in the early stages.

While Sargent crossed the line second ahead of Soutar, the latter was handed a 30-second penalty for what the series described as an ‘apparel infringement’, dropping him to 10th.

Sargent collected the round win, followed by Hedge and Soutar, and leads the championship.

“It was a really good round for us. We had car pace from the start and everything went in our favour,” said Sargent.

“We had a bit of bad luck at the start of the weekend but we recovered and we came around with a race win.

“It’s a bit surreal at the moment, but I’m sure it will sink in.

“Being out with some of the best in Australia, It’s good to be up there contending with them.”

Round 2 of the Australian Formula Ford Championship takes place at Queensland Raceway from May 3-5.