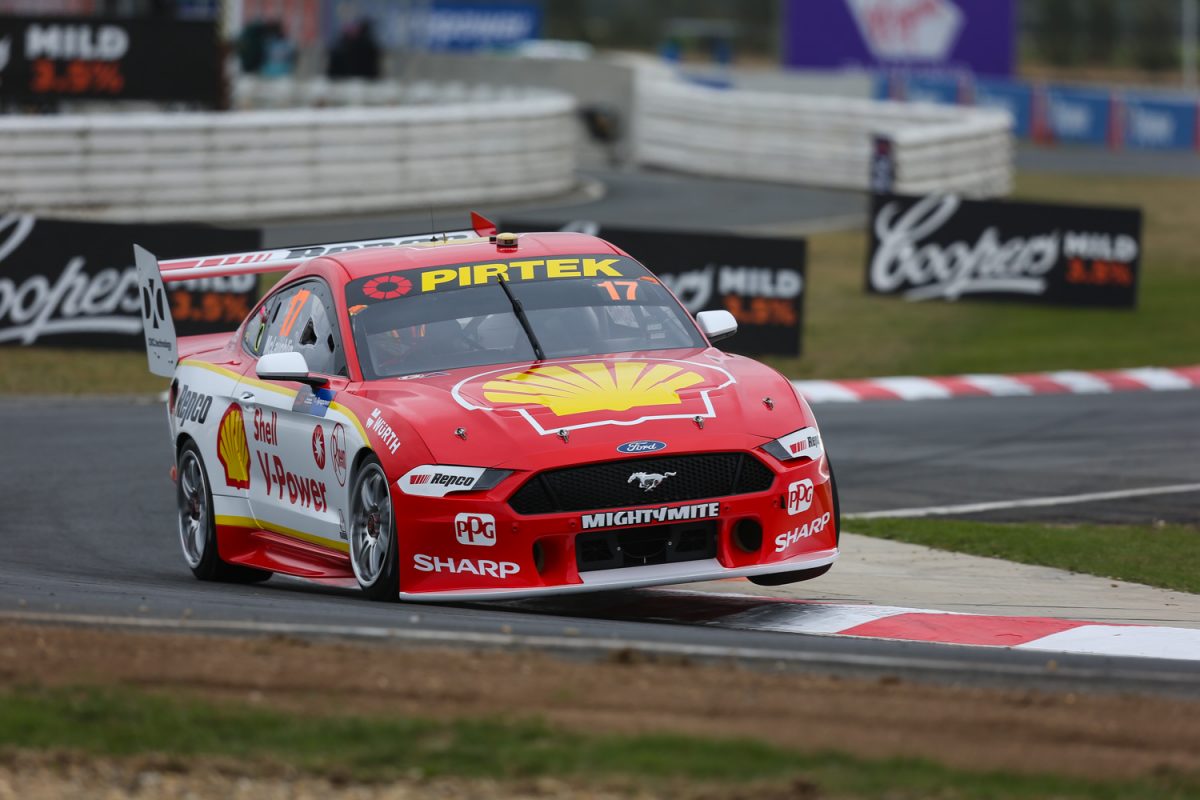 Scott McLaughlin believes mistakes in Armor All Qualifying ultimately led to him being on a slower strategy that yielded a fourth in Race 8 at the Tyrepower Tasmania SuperSprint.

The Shell V-Power Racing driver has been the qualifying master, claiming four of the eight pole positions on offer so far, but he could only secure fifth on the grid for Sunday’s race.

McLaughlin felt he made errors in the third part of qualifying which saw him fall 0.21s shy of pole-sitter Shane van Gisbergen, who pipped the #12 Shell V-Power Racing Ford of Fabian Coulthard.

With track position in favour of Coulthard, the reigning champion was not placed on the optimum strategy, pitting much earlier than his rivals and resulting in longer final stint.

McLaughlin missed out on a podium to David Reynolds (Erebus Motorsport) while Coulthard came home second behind van Gisbergen.

The championship leader blamed his qualifying performance on mistakes rather than a possible compromise on set-up due to the new parc ferme regulations.

“Qualifying didn’t go to plan. I should probably have been a bit faster,” said McLaughlin, who picked up his sixth win of the season in Saturday’s Race 7.

“I sprayed it a lot. It wasn’t my best session by any means. I made a mistake on both sets unfortunately, and I did my laps always on my second lap and then the tyre wasn’t quite there.

“If I’d qualified with track position I think it probably would have been put on the preferred strategy.

“Obviously Fabs took priority, track position, so I took a back step.

“I was just on the slower strategy. I think I just wasn’t on the fast one, so we had decent pace, I don’t think we were race winning pace but we had a solid day.”

While McLaughlin endured a relatively quiet Race 8 by his own high standards, the 25-year-old declared himself happy with the weekend’s results considering the centre of gravity changes placed on the Ford Mustang at Symmons Plains.

“I’m very happy though. If you could have said that we were going to come out of here with more of a points lead, a team one-two, team’s championship leader (I’d have taken it),” he explained.

McLaughlin holds a 124 point lead in the championship heading into the WD-40 Phillip Island SuperSprint this weekend.