Home » Supercars » POLL: Who impressed you the most at Symmons Plains?

POLL: Who impressed you the most at Symmons Plains? The Tyrepower Tasmania SuperSprint featured a sixth win of 2019 for one driver, another fighting back for Holden, and a champion ending a 1000-day pole drought at his new team.

Speedcafe.com wants to know who impressed you the most in the Virgin Australia Supercars Championship’s visit to the Apple Isle. Read through the shortlist below and cast your vote in this week’s Pirtek Poll. David Reynolds got himself onto the podium for the first time in the campaign after performances below what we have come to expect from Erebus Motorsport in the opening two events.

That third placing in Race 8 at Symmons Plains came despite a poor start which saw Reynolds drop two positions to fifth when the lights went out.

He fought back to challenge Fabian Coulthard for second in the latter stint and even had the spot for about a hundred metres but slid wide and let the Ford man back through.

A day earlier, Reynolds had driven to sixth from fifth on the grid despite faring even worse than those around him amid a spate of slow pit stops. Arguably not since joining Triple Eight Race Engineering has a win seemed such a triumph for Shane van Gisbergen, who bagged Holden’s first win of the season after The General’s men were thoroughly outgunned by the Mustang runners in Adelaide and Albert Park.

How much of that is down to parity adjustments, and how much to the Banyo team’s general aptitude at Symmons Plains, is up for debate but van Gisbergen did manage to nab Armor All Pole Position for Race 8 by 0.0653s on an ultra-competitive weekend.

The 2016 champion fell behind both of the DJR Team Penske Mustangs in the second stint of that race but had too much for red and white Fords and went on to win by over five seconds.

He therefore left Symmons Plains that afternoon as the unofficial round winner after finishing where he started in third position in Race 7. While Lee Holdsworth is perhaps a surprising entry in the shortlist, his weekend should be viewed in the context of a general battle for the four Tickford Racing-run cars.

Holdsworth’s highlights were ninth in Armor All Qualifying for Race 7, having started in Part 1 of the session, and ninth in Race 8, even after contact saw him off the road and last at the end of Lap 1.

The veteran has spoken multiple times already about trying to modify his driving style to become compatible with the Campbellfield Fords, and he did have his dramas during the weekend, although at least some of those can be put down to braking issues.

Nevertheless, Holdsworth was the best across Tickford and 23Red Racing in the aforementioned two sessions in his best weekend of the year so far. 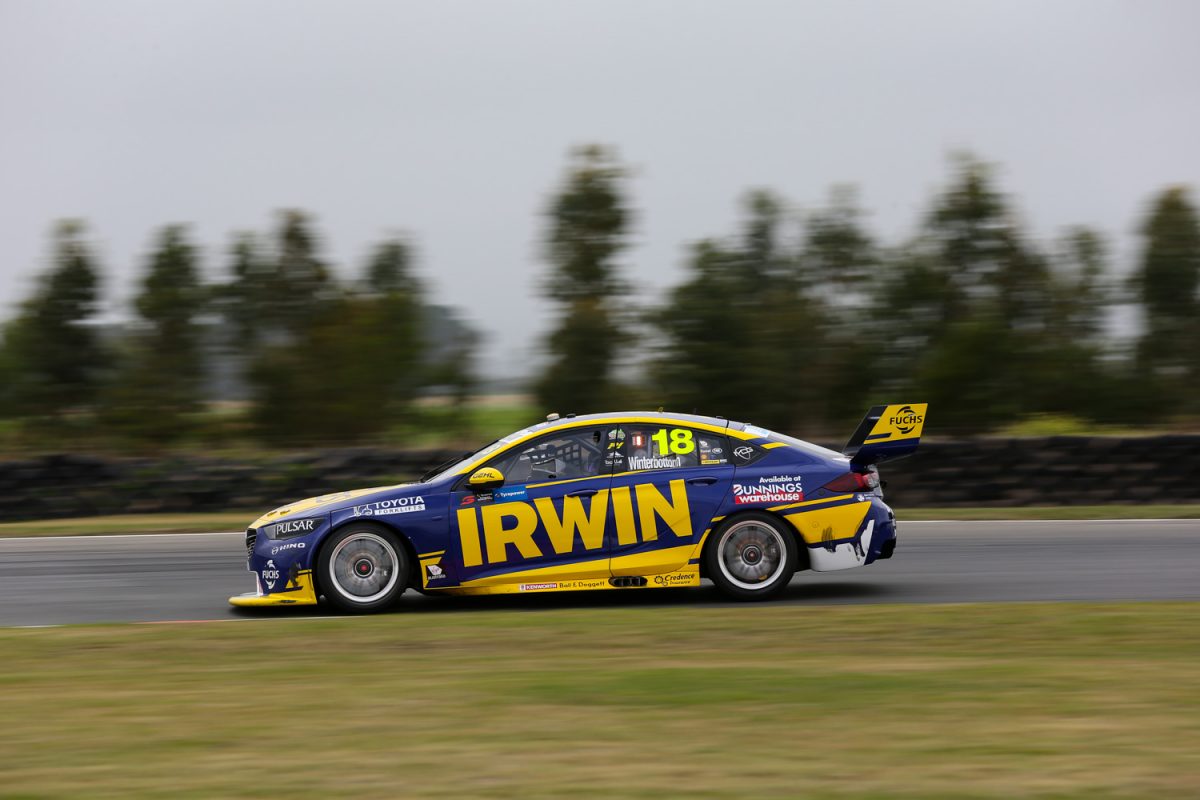 Mark Winterbottom went a long way to vindicating Charlie Schwerkolt’s off-season upheaval of Team 18 by delivering the single-car outfit its first ever pole on the Saturday, and his first in exactly 1000 days.

Even after a slow pit stop and getting on the wrong end of an undercut, Winterbottom might have hung on for a podium had he not been held up by wildcard Jack Smith in the dying stages of Race 7.

Still, fourth equalled Team 18’s best race result before Winterbottom finished sixth from fourth on the grid in Race 8, as the team erred strategically in dropping him into traffic after his first pit stop.

Credit should also go to big ticket engineer signing Phil Keed, given that customer was showing supplier Triple Eight how to make its cars work at times during the event. It was a weekend of seconds for Fabian Coulthard, who finished both races and started the latter in that position, and now finds himself placed the same in the championship.

Coulthard had a highly encouraging weekend somewhat similar to his showing in Adelaide but, unlike in the season opener, he managed to convert his pace into solid results.

The 36-year-old earned strategic priority within DJR Team Penske by out-qualifying Scott McLaughlin on the Saturday and put it to good use.

Even when he missed the pole in qualifying for the weekend’s 120km race, he did so by just over a tenth of a second. 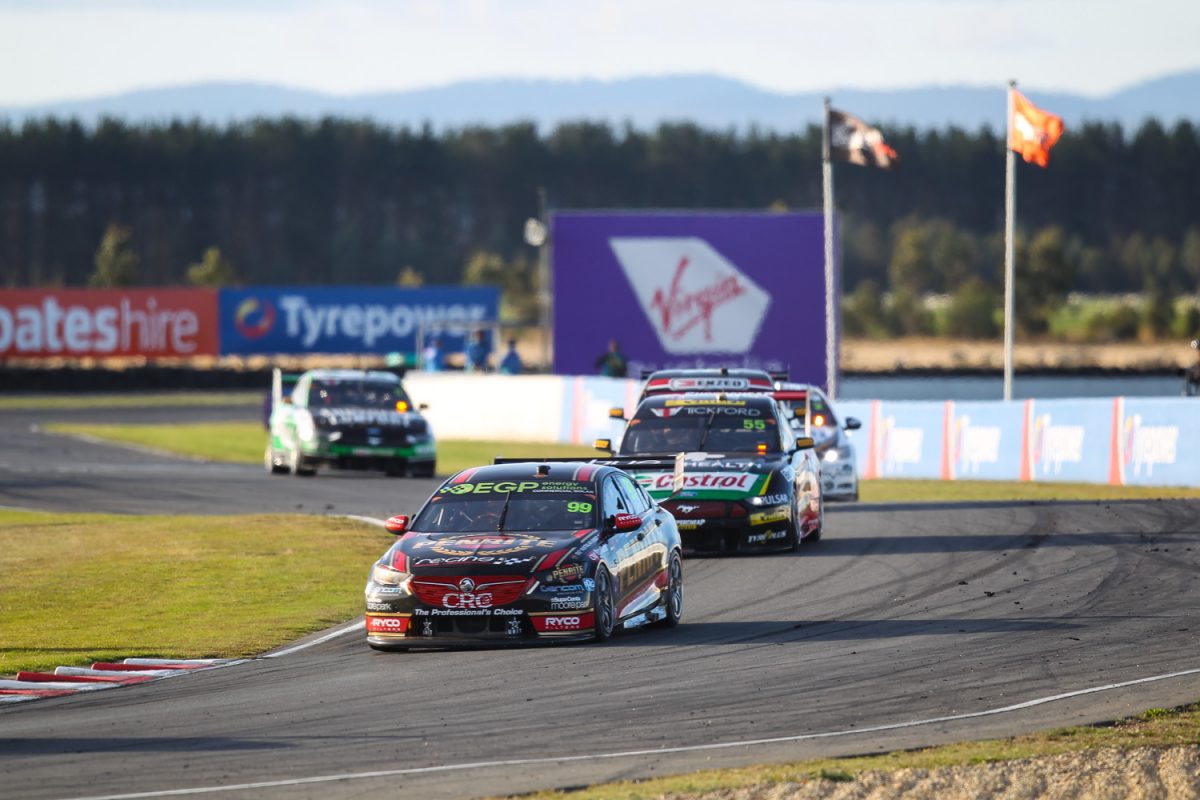 Second-season driver Anton De Pasquale missed out on a probable seventh position on the Sunday which would have equalled his career best result in the Supercars Championship.

A broken gear lever put paid to those hopes and he was consigned by his team to circulating in fourth gear in order to pick up points, going on to finish 23rd.

The two-time Super2 race winner had been enjoying the Erebus upswing by qualifying sixth from Part 1 of Armor All Qualifying, after a solid ninth from eighth on the grid in Race 7. Scott McLaughlin might have lost his perfect record of winning every race which he had actually started in 2019, but the fact that a first and a fourth is a subpar showing demonstrates the level at which the defending champion is operating.

Amid all the parity ructions, which saw the Mustangs have 28kg of ballast shifted to the tops of their rollcages, McLaughlin got the jump from the front row and effectively led all the way in Race 7.

A couple of errors in qualifying for the Sunday encounter, difficult to detect without looking at the timing screen, saw him given the non-preferred strategy in deference to team-mate Coulthard.

However, McLaughlin still came home with a healthy haul of points and now leads the title race by 124 points. Jamie Whincup might have had a shocking Saturday in Tasmania but his performances on the days either side warrant consideration in this list.

The Triple Eight driver broke the practice lap record at Symmons Plains in the latter Friday session, but got stuck in the kitty latter during Saturday’s qualifying session and then cost himself two laps when he hit Chaz Mostert on Lap 2 of Race 7.

His struggles continued into Sunday when he qualified 13th after his crew twice threw new springs and dampers at Car #88 during the preceding practice session.

It should be acknowledged, however, that Whincup made up four positions on the road during the opening stint of Race 8 and went on to salvage a result of fifth, behind team van Gisbergen, the two DJR Team Penske entries, and Reynolds, while getting the better of an impressive Winterbottom. Richie Stanaway equalled his personal best qualifying position as a full-time driver by putting the #33 Garry Rogers Motorsport entry seventh on the grid for Race 8.

He was 10th by the time the first pit stop cycle started, but lost ground through the middle and particularly latter stints and took the chequered flag in 19th.

Stanway gave up time in the pits due to a cross-threaded wheel nut and later revealed that he had in fact lost control of his brake bias due to a component failure, which saw the bias change on its own.

The Kiwi admitted to going off-road multiple times as a result, scuttling his chances of improving on the season-best 16th he scored the day prior.