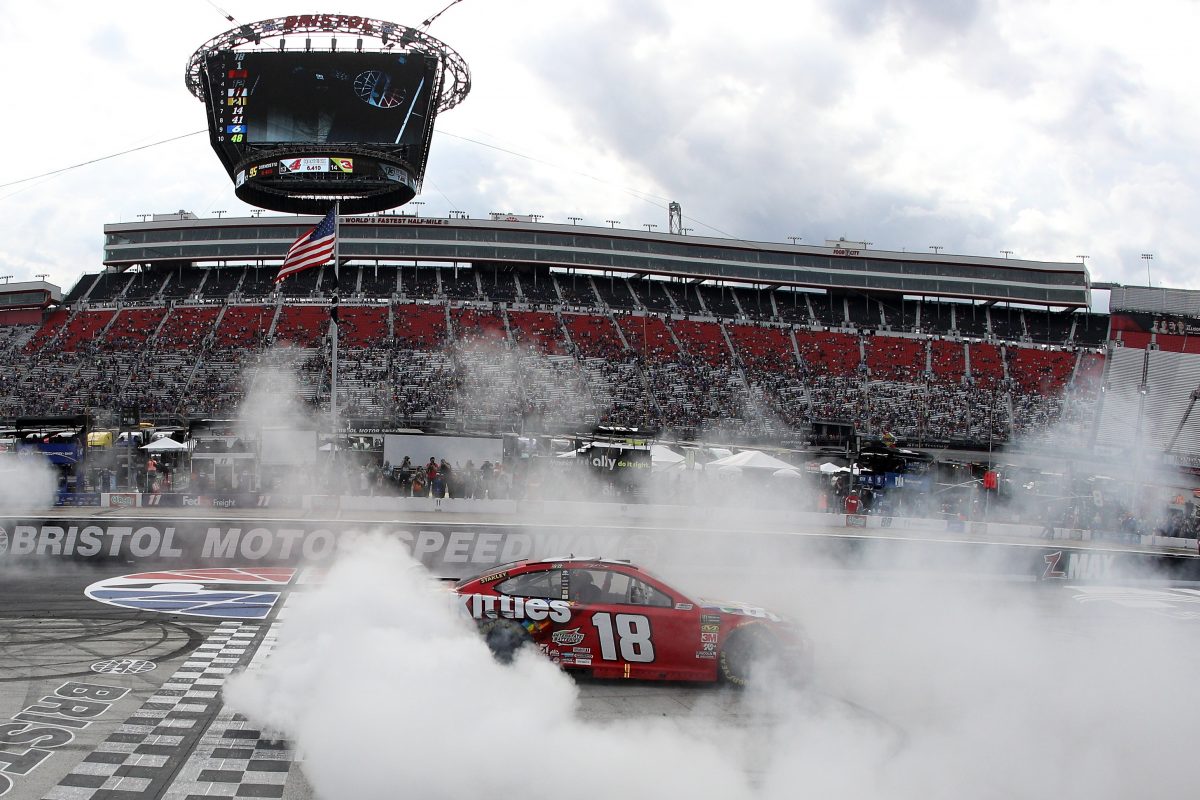 Kyle Busch recovered from an early crash to win Round 8 of the NASCAR Cup Series at Bristol Motor Speedway.

The Joe Gibbs Racing driver sustained damage to the back of his Toyota Camry after being involved in a Lap 2 incident but fought back through the field.

He then elected not to pit under a late race Caution, holding off brother Kurt Busch on the final restart to take the chequered flag and earn his third win of the season.

The NASCAR Cup Series heads to Richmond Raceway this coming weekend for the Toyota Owners 400 on Saturday night (local time).