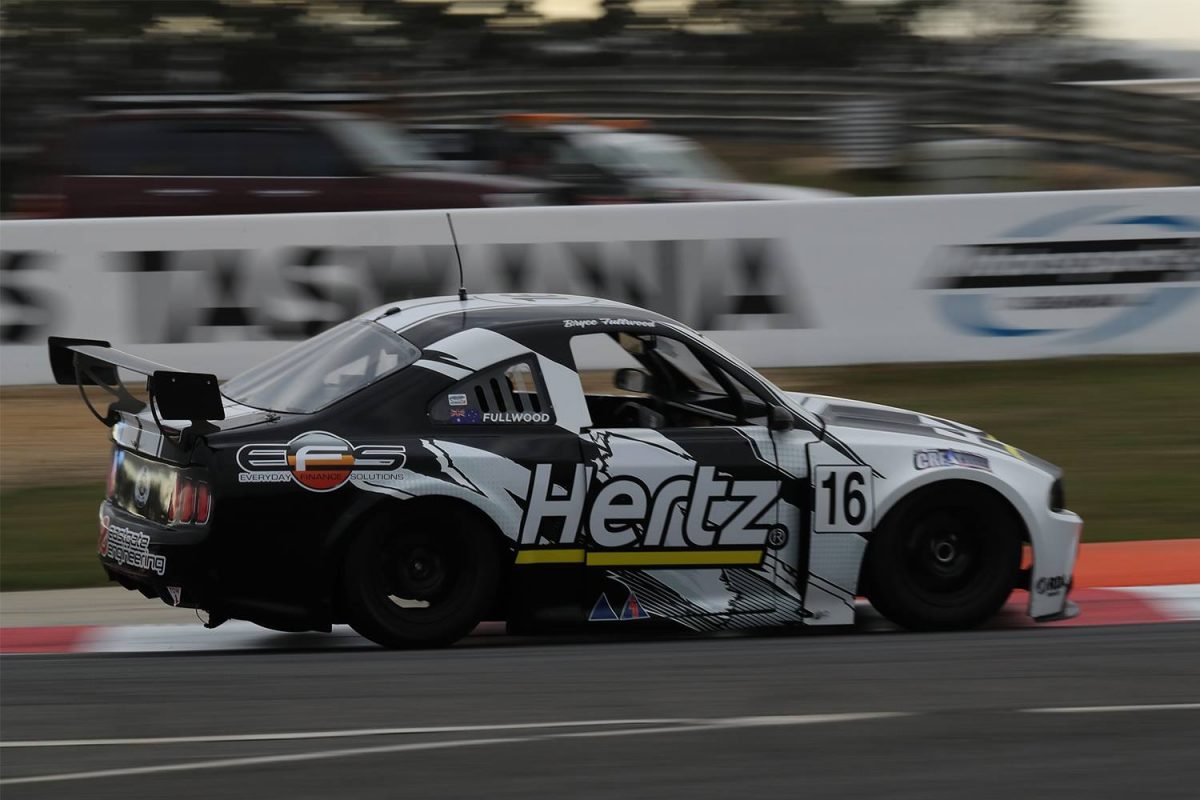 Justin Ruggier has won Round 2 of the Aussie Racing Cars series after he and Bryce Fullwood shared the race wins on the final day of the Tyrepower Tasmania SuperSprint.

Ruggier claimed a thrilling part reverse grid Race 3 from 10th on the grid, having taken out Races 1 and 2 a day earlier, despite greeting the chequered flag in second position.

Adam Uebergang crossed the finish line at the head of the field but was handed a five-second penalty post-race for contact with Kel Treseder.

The sanction undid his good work in sensationally taking the lead for the first time on Lap 9 of 17 when he slipstreamed past Treseder up the back straight then darted across the track to outbrake Daniel Price at Turn 6.

Uebergang and Treseder continued to battle and the former skipped sideways on the rise at Turn 1 on Lap 14 as he reclaimed first position.

In doing so, he bumped Treseder, which was the reason for his penalty, and allowed Ruggier to steal second place on the road.

Treseder followed Ruggier across the finish line but he too was pinged for a nudge which wrecked Price’s race, leaving Josh Anderson second in the final classification and Blake Sciberras third.

Fullwood, in a cameo appearance, took out the finale from Uebergang after they drafted past Ruggier on the back straight just before a Safety Car caused by a heavy hit between Jeff Watters and Brad Woods.

Ruggier now holds a commanding series lead having called his joker this weekend and also won Round 1 in Adelaide.

Round 3 supports the BetEasy Darwin Triple Crown at Hidden Valley Raceway on June 14-16. 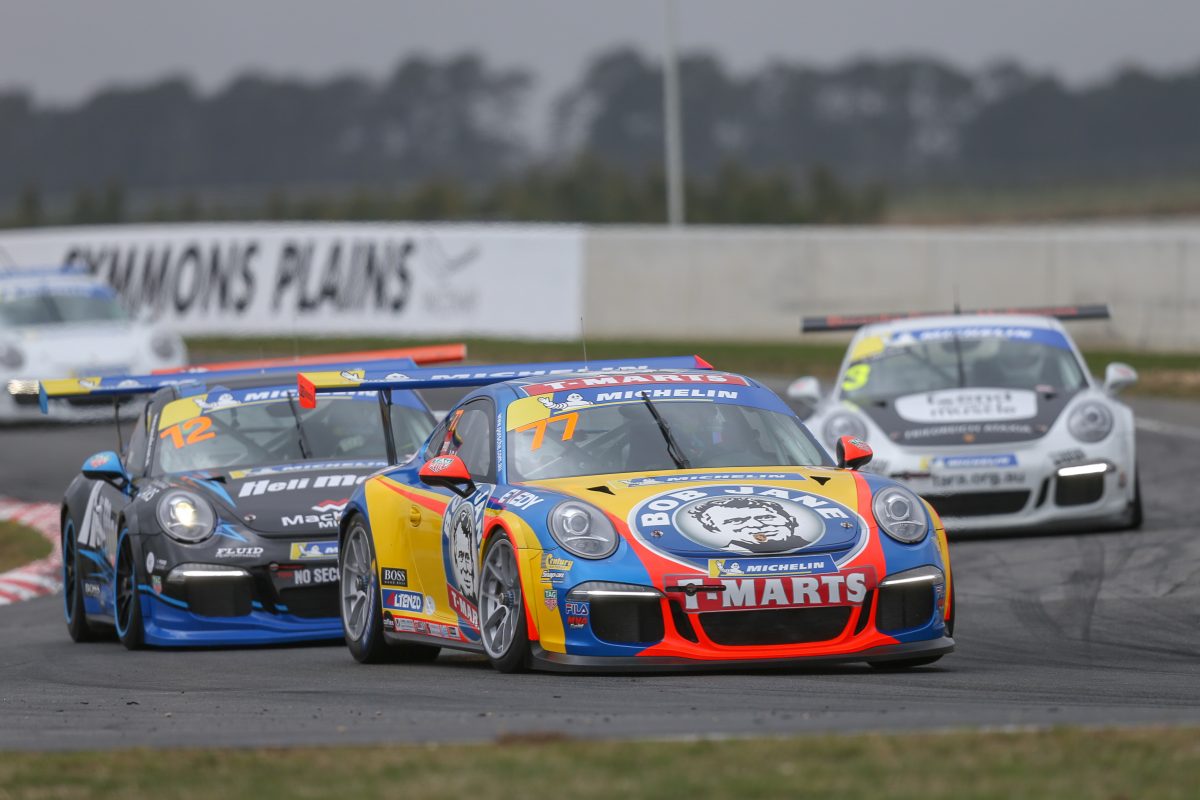 Max Vidau completed a clean sweep of the weekend by finishing first in a shortened final race for Porsche Michelin GT3 Cup Challenge.

A fast-starting Aaron Love stuck his nose down at Turn 1 but then had to defend from Ryan Suhle who passed around the outside at the penultimate corner for third.

Meanwhile, Vidau and Harri Jones cleared off at the front.

Light rain began to fall around the circuit as Jones closed in on Vidau.

Shane Barwood brought out the Safety Car after he locked the rears under braking for Turn 4 and spun, ending up stuck on the inside of the corner.

After a lengthy recovery, the rain intensified and once the race reached 75 percent distance, race control opted to call the race early.

Vidau led the field across the line under the Safety Car, followed by Jones, Suhle, Love and Sam Shahin, who also won the Am class.

Andrew Goldie took out Class B.

Round 2 is on the Shannons Nationals card at Sydney Motorsport Park on May 17-19.