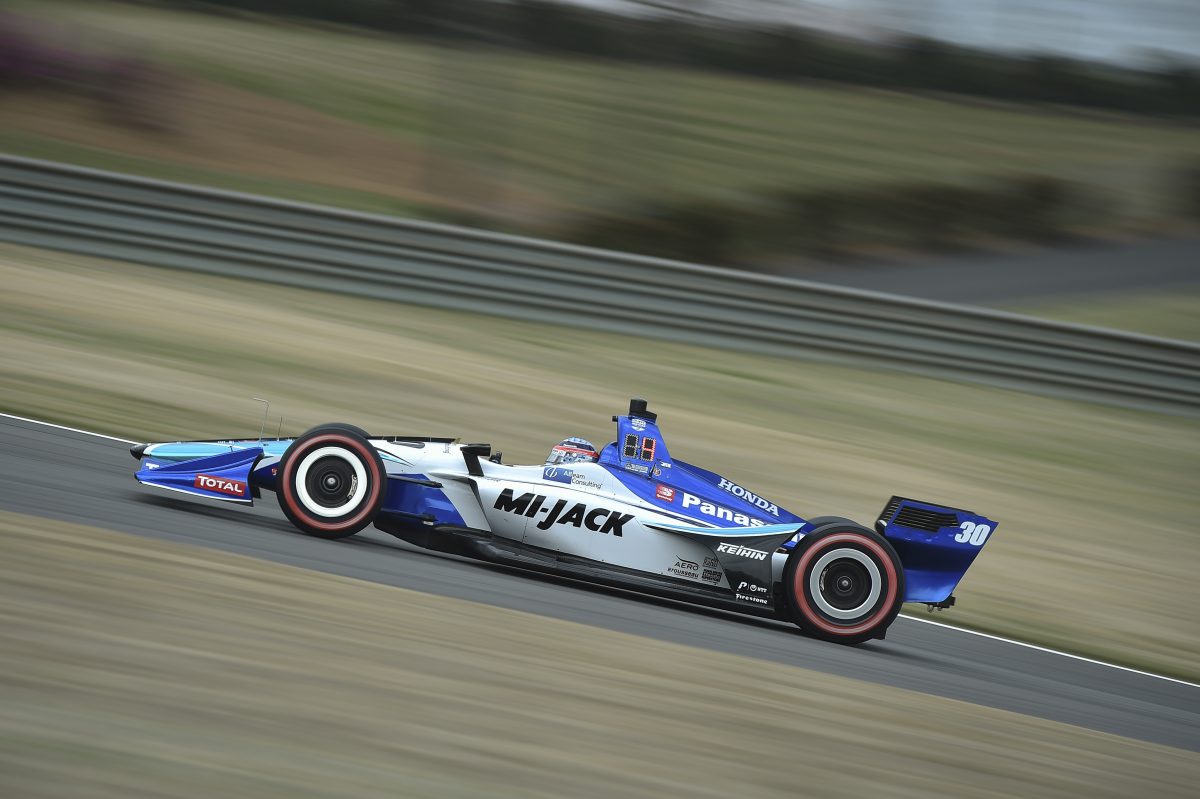 Takuma Sato has qualified on pole for the Barber Motorsports Park IndyCar race as Team Penske and Andretti Autosport both missed the Fast Six entirely.

Sato (#30 Honda) knocked Rahal Letterman Lanigan Racing team-mate Graham Rahal (#15 Honda) off top spot in the latter seconds with his only flyer on red tyres, having started the final stanza on blacks.

The Japanese driver’s 1:08.5934s pit him just over a tenth of a second clear of Rahal, while the second row will be Scott Dixon (#9 Chip Ganassi Racing Honda) and James Hinchcliffe (#5 Schmidt Peterson Honda).

Sebastien Bourdais (#18 DCR w/ Vasser-Sullivan Honda) was fifth at a touch over four tenths off the pace, while Spencer Pigot was the only Chevrolet driver in the final six in the #21 Ed Carpenter Racing entry.

Will Power, who was on pole for each of the first two races of the season, qualified seventh in the #12 Team Penske Chevrolet, while his team-mates Simon Pagenaud (#22 Chevrolet) and Josef Newgarden (#2 Chevrolet) were only 14th and 16th respectively.

Power had made a minor error on his first flying lap in the second phase of qualifying which proved costly when he couldn’t extract the time he needed on the next tour of the sweeping road course.

Sharing Row 4 with the Australian is the first of the Andretti Autosport entries in the #27 Honda of Alexander Rossi.