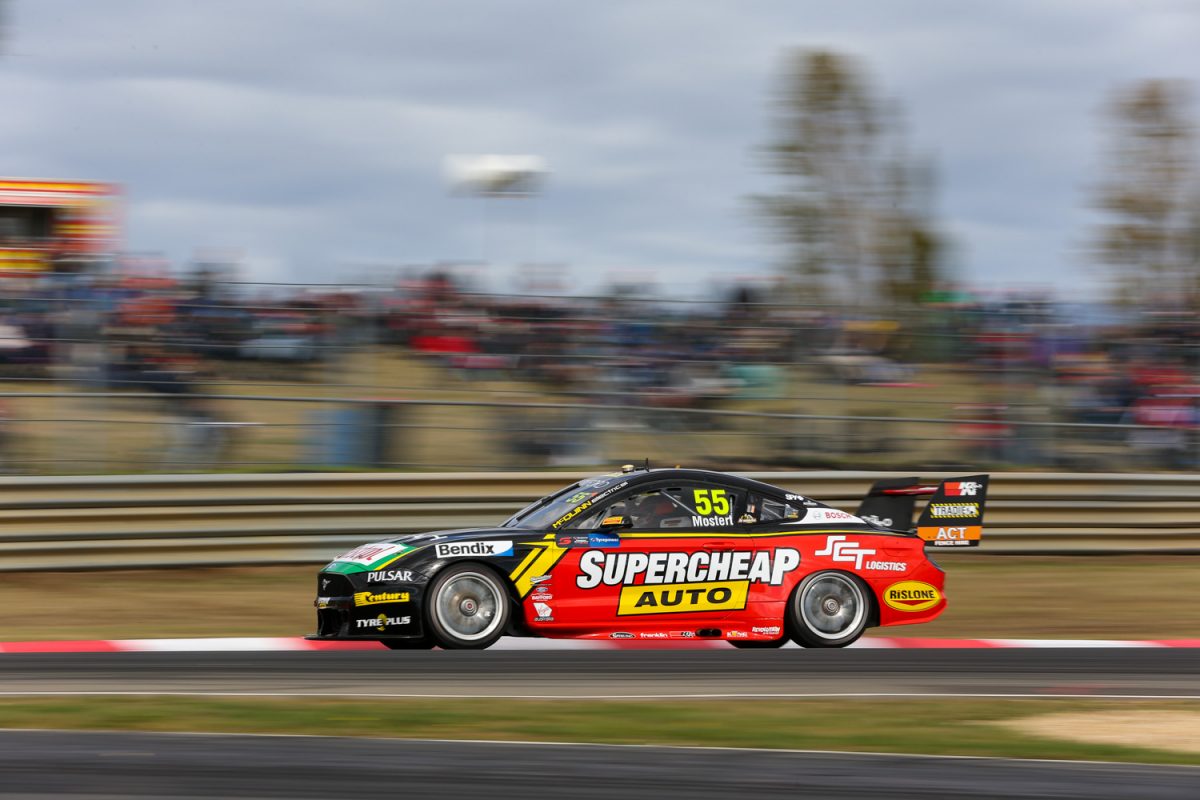 Tickford Racing’s Tim Edwards maintains that the squad’s loss of pace at the Tyrepower Tasmania SuperSprint is circuit-specific and not related to centre of gravity changes.

The Ford team arrived at Symmons Plains in a rich vein of form with six podiums to its name between Chaz Mostert and Cameron Waters, including a race win to the former.

Mostert, who is therefore the only driver to take to the top step of the podium so far other than Scott McLaughlin, was third in the championship, Will Davison in the customer Milwaukee Racing entry was fourth, Waters ninth, and Lee Holdsworth 13th.

At Symmons Plains, however, the quartet has struggled.

Mostert topped Practice 1 in the Supercheap Auto Mustang but Holdsworth was the Tickford’s best in Armor All Qualifying in ninth, and 10th for Mostert in Race 7 actually led the way for the team.

The Mustangs arrived on the Apple Isle with 28kg of ballast moved to the tops of their chassis as a parity adjustment, which Fabian Coulthard claimed had made an impact despite finishing second to Shell V-Power Racing team-mate McLaughlin in Race 7.

Coulthard even cited Tickford’s drop in pace as evidence, although Edwards pointed to the Campbellfield team’s tendency to struggle at Symmons Plains as the real issue.

“We’re not pleased with our result, we just weren’t fast enough,” he told Speedcafe.com.

“We knew kind of at the start of the year this is going to be a tough round for us, it’s been a bogey track for us for a while.

“We still haven’t mastered Turn 4, we don’t seem to have a car that can turn there, and then that compromises us all the way down the back straight.

“I think we didn’t show our car speed today; I mean, every time we sort of got clear track in front of any of our cars, they could just drive straight up to the next car, but we just weren’t able to pass them, so it made for a frustrating day for the whole team.”

When asked to clarify if the cause was indeed a general deficiency at the circuit or, rather, centre of gravity, Edwards responded, “It’s nothing to do with the CoG stuff at all; zero.”

He in fact stated that the Tickford team was trying to ignore the issue altogether.

“I really don’t want to get drawn into it but we’re not happy with how it’s been handled but, anyway, we’ve just got to deal with it so we’re really not focusing on it at all,” explained Edwards.

“Apart from when the media ask us questions, we’re not talking about it because there’s nothing we can do about it so we’re just putting our head down and focusing on making our car go faster and not be distracted by it.

“That is sort of my advice to the team, and that’s what I’ve said to the drivers; just don’t even talk about it, don’t worry about it, it’s done, it is what it is, move on.

“We can all cry over spilt milk but there’s no point, just let’s worry about making our car go faster.”

Ironically, Jamie Whincup’s horror Saturday means that Mostert is up to second in the championship, albeit 135 points adrift of McLaughlin.

The final day of the third event of the season starts with Practice 4 at 0925 local time/AEST.