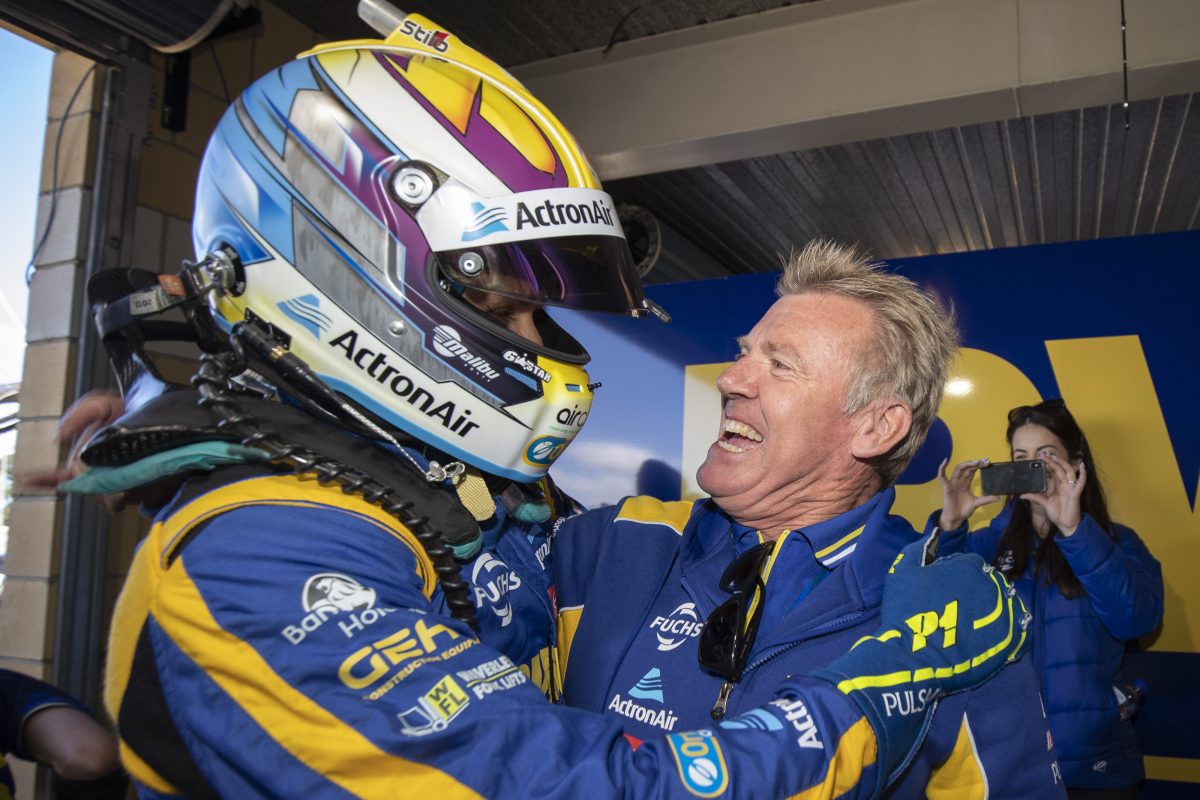 Mark Winterbottom has described a drought breaking Armor All Pole Position as ‘the proudest moment I’ve had in a race car for a very long time’.

The 2015 Supercars champion scored his first pole since 2016 after edging championship leader Scott McLaughlin by a mere 0.0040s in a hotly contested session at Symmons Plains.

Winterbottom’s effort also represents a significant first for the Team 18 since it became a single car outfit.

It arrives in only the third race meeting since team owner Charlie Schwerkolt assembled new group of personnel around high profile signings of Winterbottom and lead engineer Phil Keed, following the purchase of a latest specification Triple Eight ZB Commodore.

“I’m lucky enough to have a few poles in this category but that is the coolest by a long way,” said Winterbottom.

“We are a small team, one garage and all that sort of stuff, but that is the proudest moment I’ve had in a race car for a very long time.

“It is just awesome to be a part of. Whether we can win the race or not, that is the first step of progression.”

The decision to leave Tickford Racing and swap from Ford to Holden with smaller outfit Team 18 for 2019 has been questioned but Winterbottom has admitted that he always had faith in the squad.

“I came here because I saw a good opportunity,” he added.

“I’m enjoying my racing and I’m loving working with this team.

“There’s only 15 of us, but when you do things like this you can see through the emotion what it means.

“They’ve never had a pole before so I can contribute to that.

“Hopefully we can get them their first trophy as well and have some fun.

“It’s not about the brand, I’ve still got a lot of love for Ford and the Tickford family down there, but at the same time it’s a really special day and I’m proud to be a part of it.”

Team owner Schwerkolt says the achievement has been a long time coming for his squad.

“This has been four years in the making I guess,” said Schwerkolt.

“To put this team together is unbelievable, he can do the job, the team can, so I’m really pumped.

Race 7 of the championship is scheduled to begin at 1640 AEDT.