Whincup baffled by day ‘where nothing could go right’ 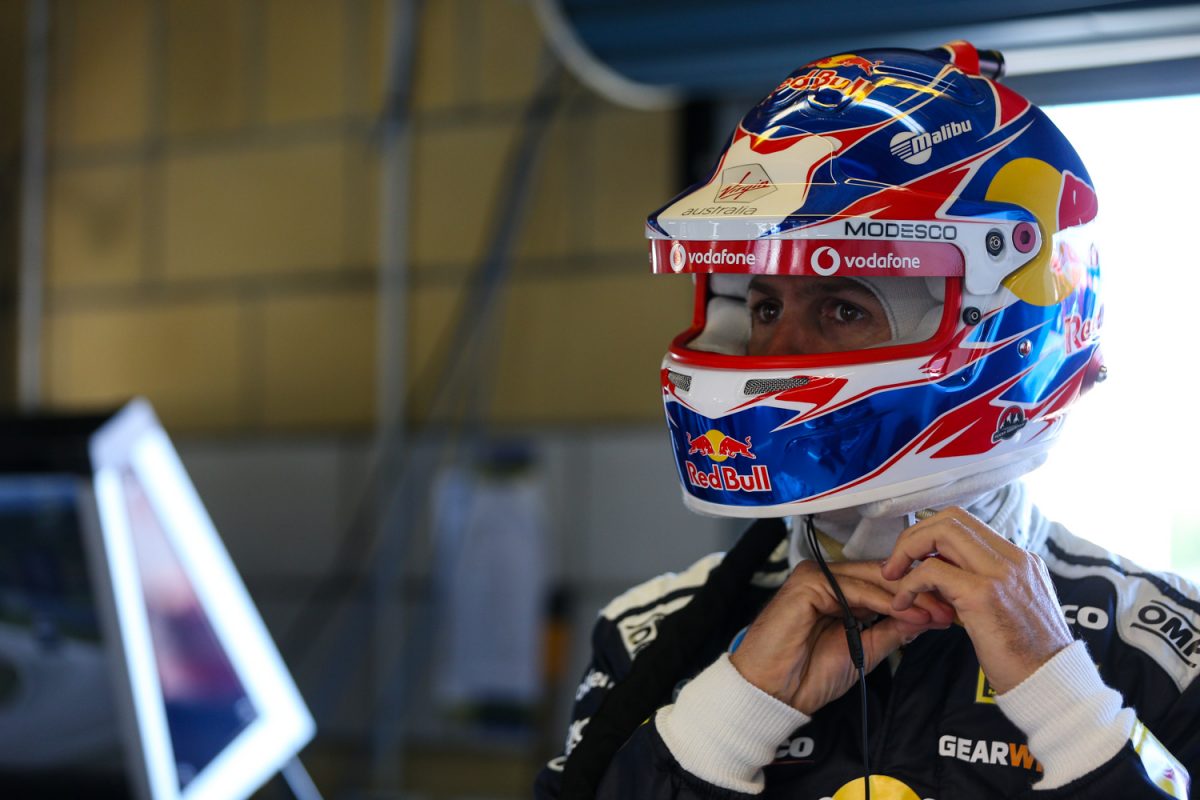 Jamie Whincup is at a loss to explain the errors suffered on a costly day where ‘nothing could go right’ at the Tyrepower Tasmania SuperSprint.

The seven-time champion started Race 7 from 15th on the grid after a rare error in Armor All Qualifying saw him spin and beach the Red Bull Holden in the Turn 4 gravel trap, forcing him out of the session.

However, worse was to follow for Whincup, who topped both Friday practice sessions, when an attempted overtake on Chaz Mostert for 11th in today’s race resulted in contact with the rear of the Ford Mustang at Turn 6.

Whincup then fired off the road before returning to the pits to change a punctured right front tyre, although he initially reported “broken front-right” on his radio.

He rejoined two laps down and ended up finishing 25th which saw him drop from second to fourth in the championship standings.

“I’m not one to make excuses up. It all started from qualifying with the locked wheel,” said Whincup.

“I wish there was something to explain what happened but braked at the same point, the same pressure, and the car just didn’t pull up.

“You’ve got to be consistent in this game, and consistently up there.

“We’ve been able to do that up until today. I don’t know what happened, someone’s run over a black cat or someone’s done something. But normally there’s something going on.

“I’m either not feeling well or there’s a mental distraction there or something to produce so many errors, but there’s nothing like that.

“I’ve never been more keen to get in the race car and get out there and go hard in all my life. I feel good, trained well, the car was excellent.

“(It was) just one of those days really where nothing could go right.

“I wish we had something there which we could fix for tomorrow but unfortunately there’s nothing that I can see that we did wrong today, we just had bad luck.

“But I’m a big advocate that you make your own luck, so there’s not much we’re going to change for tomorrow, we’re just going to hope those 50-50s go our way.”

The contact between Whincup and Mostert was investigated by the stewards during the race who deemed neither driver was wholly to blame.

Both drivers have since labelled the contact a racing incident.

“Chaz was doing his thing, I was doing my thing,” said Whincup of the incident.

Mostert, who went on to finish the race 10th and take over second in the standings, added: “It’s racing I suppose. You never want to see someone else go off the track.

“We’re out there to race hard, that’s what I did, but it is what it is.

“He was definitely close enough to have a crack at me but I protected my line.

“There was still a car width wide there, but just not far enough up. I thought he might have pulled back out of it.

“I don’t know. It’s kind of hard when you’re already on the threshold. Once you commit, you commit.”

The Tyrepower Tasmania SuperSprint continues tomorrow with Practice 4 due to begin at 0925 AEDT.