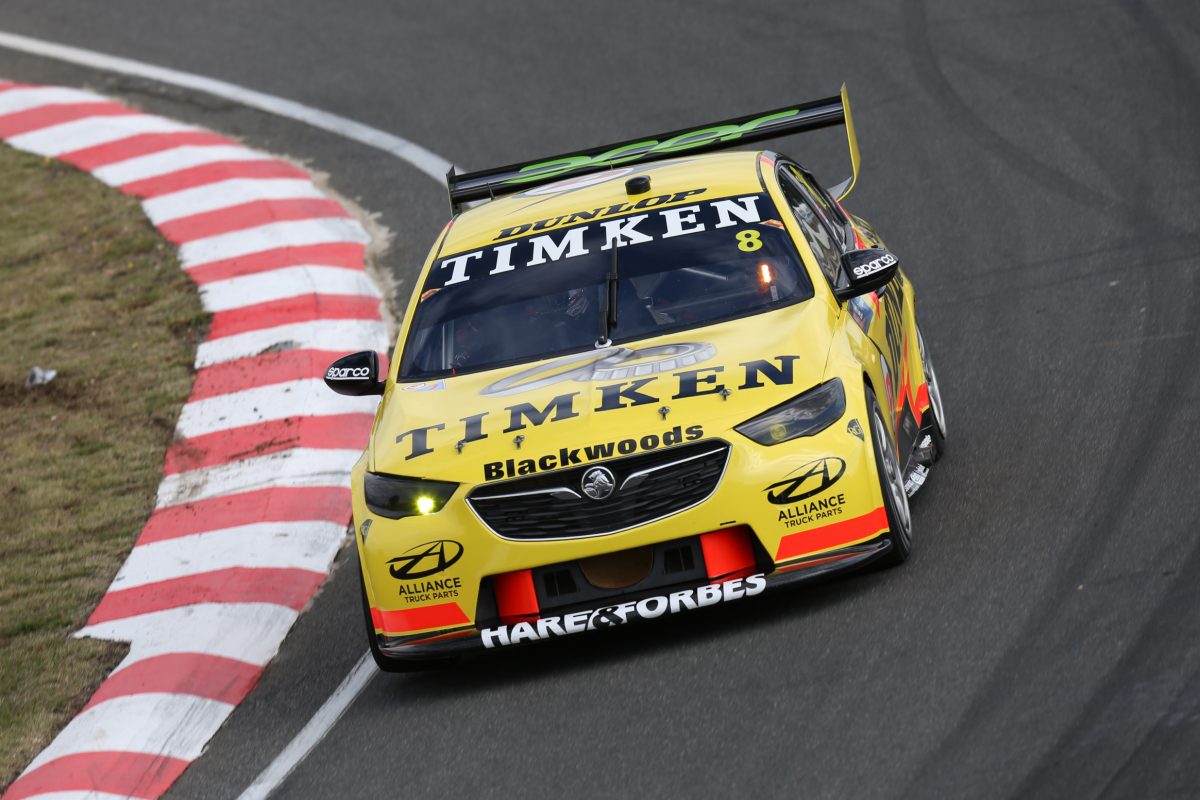 Nick Percat has finished fastest by a tenth from David Reynolds in Practice 3 for the Tyrepower Tasmania SuperSprint at Symmons Plains.

Percat was a regular presence near the top of the timing screen in the #8 Dunlop ZB Commodore and settled matters with a 50.6956s lap with a couple of minutes remaining in the half-hour hit-out.

Reynolds had been the prior fast man but ended up 0.1080s adrift in the #9 Penrite ZB Commodore, from the two Shell V-Power Mustangs of Fabian Coulthard and Scott McLaughlin.

The top 11 did their respective fastest laps in their final runs despite the presence of water on the edge of the race line at the exit of Turn 2 after Lee Holdsworth ran off and splashed his The Bottle-O Mustang through a puddle.

Walkinshaw Andretti United’s Scott Pye (#2 ZB Commodore) had been quickest before those final runs but he was bundled back to 12th having failed to improve on the 51.0769s he held at the time.

Reynolds usurped him with his 50.8036s, after which he put his cue in the rack, before he was knocked off top spot by Percat, who split the Erebus driver and the #17 Ford Mustang.

Percat’s flyer was a tonic after a dashboard problem and shift cut failure a day prior.

“It was a little bit difficult yesterday with no shift cut, the list (of issues) was long, but it was quite pleasant to drive a car with all the aids back,” he said.

“Obviously it’s fast, we stuck to our program, didn’t do anything crazy, kept to our test items and did well.

“That was all uses tyres then. I want to be able to use my used tyres from yesterday, which I’ve done one lap on, to get through to Q2 and not use a set.

“We’ve done a lap there which was faster than what we did yesterday on a new tyres and now we’ve got the stuff back working.”

McLaughlin was pleased with his progress from Friday, when he was seventh fastest.

“We’ve made a massive improvement overnight,” said the championship leader.

“I think our car was amazing yesterday. We were just plugging along, minding our own business, and see how we go. I think we’re there.”

Holdsworth had an eventful session having also caused an early red flag when he put Car #5 in the bunker at the hairpin but went on to finish seventh, ahead of James Courtney (#22 Mobil 1 Mega ZB Commodore) and Todd Hazelwood (#35 Matt Stone Racing ZB Commodore).

Jamie Whincup, whose #88 Red Bull HRT ZB Commodore has had an engine change since setting the pace in Practice 2, rounded out the top 10.

Anton De Pasquale sprayed the #99 Erebus ZB Commodore through the gravel between Turns 1 and 2 after an unusual lose when he touched the brakes in the early minutes of the session, ultimately going 15th fastest.

Rick Kelly rounded out the 25-car field with Kelly Racing reporting that his #15 Castrol Altima dropped a cylinder.

The lead Altima was the #7 Plus Fitness entry of Andre Heimgartner in 14th.

Armor All Qualifying for Race 7 of the 2019 Virgin Australia Supercars Championship starts at 1350 local time/AEDT.