McLaughlin to be fit for Sunday despite missing press conference 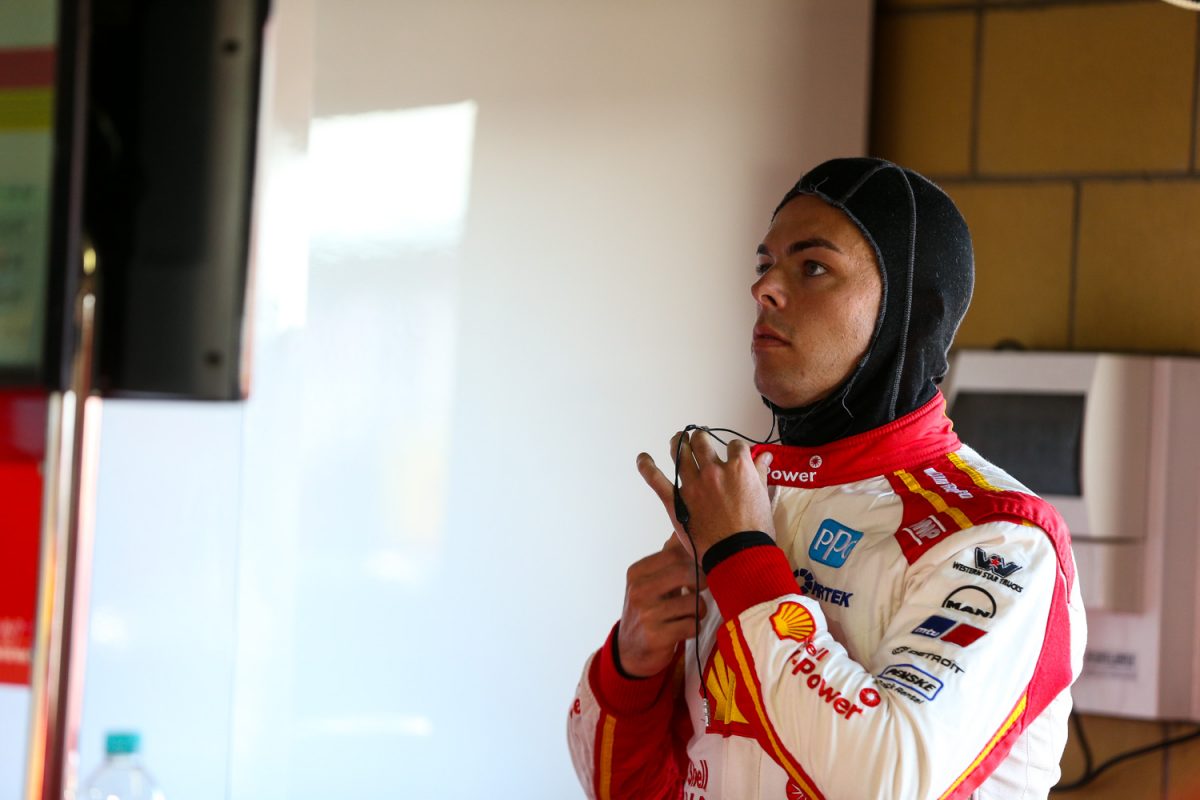 Shell V-Power Racing team principal Ryan Story maintains that Scott McLaughlin will be fit for Sunday at the Tyrepower Tasmania SuperSprint despite missing the post-Race 7 press conference due to illness.

In an unusual step, Story stood in for his race winner at the centre of the desk to field questions about DJR Team Penske’s one-two, where he reconfirmed that McLaughlin has been receiving treatment from Supercars’ permanent medical delegate.

“Fantastic team effort for sure and something we’re very proud of for sure; great day for Shell V-Power Racing Team,” said Story, with runner-up Fabian Coulthard to his right.

“I’m substituting for Scotty because he’s not in the best of sorts. He was looked after, as you would no doubt expect, to the best quality of care by Dr Carl Le before and post-race, and he’s going home to get some much-needed rest before coming back to hopefully do all this again tomorrow.”

Story, who himself has the title of doctor owing to his PhD, would not elaborate on the exact nature of the ailment despite the apparent seriousness indicated by Dr Le’s involvement.

“It would be inappropriate as… well, not as a medical doctor, but to share patient-doctor confidentiality, but he’ll be fine,” he mused.

“He’ll be fine. He’s just under the weather and in need of a bit of pain relief and some Vicks and all those sorts of things.

“The last thing we need is him hanging around the team and spreading it around the joint.

Speaking on television post-race, McLaughlin said that he struggled earlier in the day’s Armor All Qualifying session but was feeling better after the successful 50-lap hit-out in which he led home Coulthard.

“The qualifying was real hard, but now I’m alright,” he reported.

“Dr Carl gave me a good tune-up and away we went.

“Really cool, great for the team, one-two. A lot of conjecture the last few weeks and we just got on with the job and got on with it,” he added in reference to the ongoing parity debate.

“Very proud of everyone and a one-two is the perfect result.”

The 2018 champion is also confident that he will be firing again tomorrow, when the field tackles another practice session, knockout qualifying, and a longer, 200km race to round out the event.

“Big sleep tonight, watch a couple quarters of the footy and then sleep.”

Previous Story Whincup baffled by day ‘where nothing could go right’