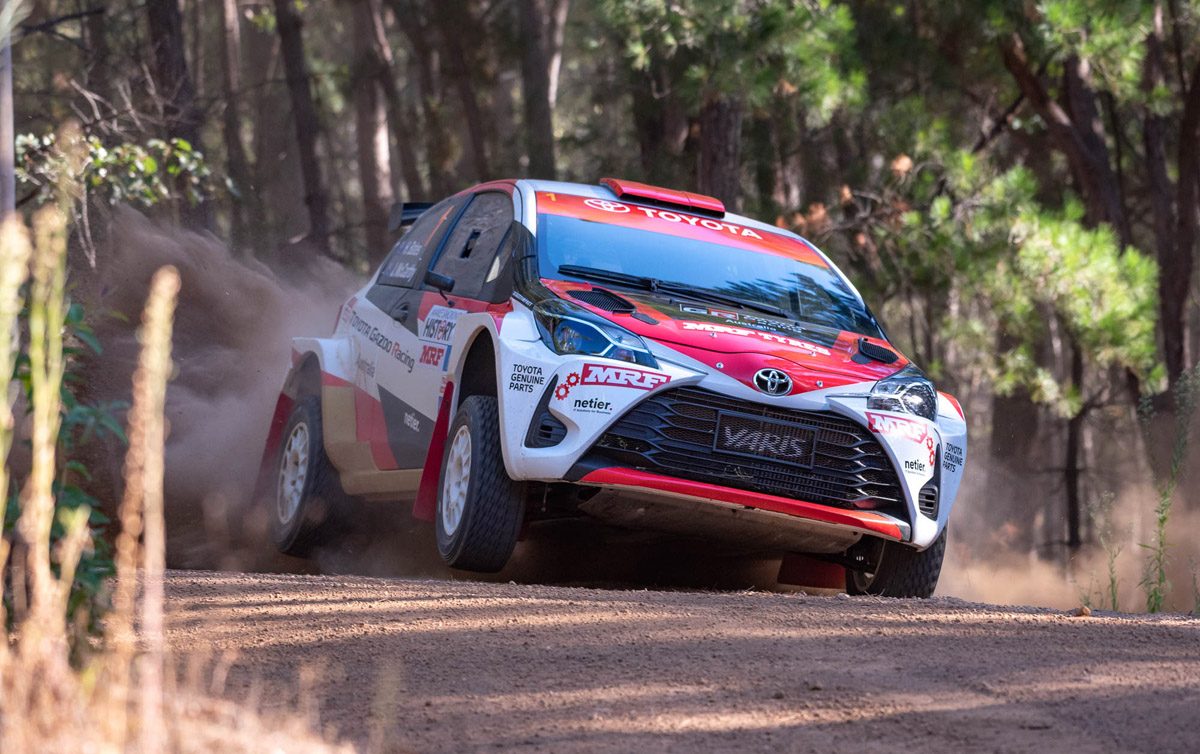 The duo won seven of the 10 stages in Heat 1 of the West Australian round of the championship to end up 29.9s clear of the field.

“It feels great to start the rally – and the new season – with a win,” said Harry Bates.

“I don’t come here (to WA) and expect to win from car one on the road but we were probably able to capitalise on a couple of other people’s issues this morning and do that so it feels perfect.

“We have to go to Busselton tonight for the long stage there to kick off Heat Two and then we have to go out tomorrow and do probably an even more challenging day, so tonight we just have to focus on getting our notes right for tomorrow, doing a bit more work on the video and getting a good night’s sleep.”

The younger Bates claimed two stages wins as he recorded his highest ever heat result in ARC competition, while third went to the other stage winners in the local pairing of Tom Wilde and co-driver Madelin Kirkhouse in a Ford Fiesta.

They headed Molly Taylor and Malcolm Read in the Subaru do Motorsport entry, 58.4s off Bates and McCarthy at the head of proceedings.

Heat 2 begins on Saturday night with another run of the Trade Hire Busselton Super Special Stage, before a further eight stages in the forests of Nannup on Sunday.