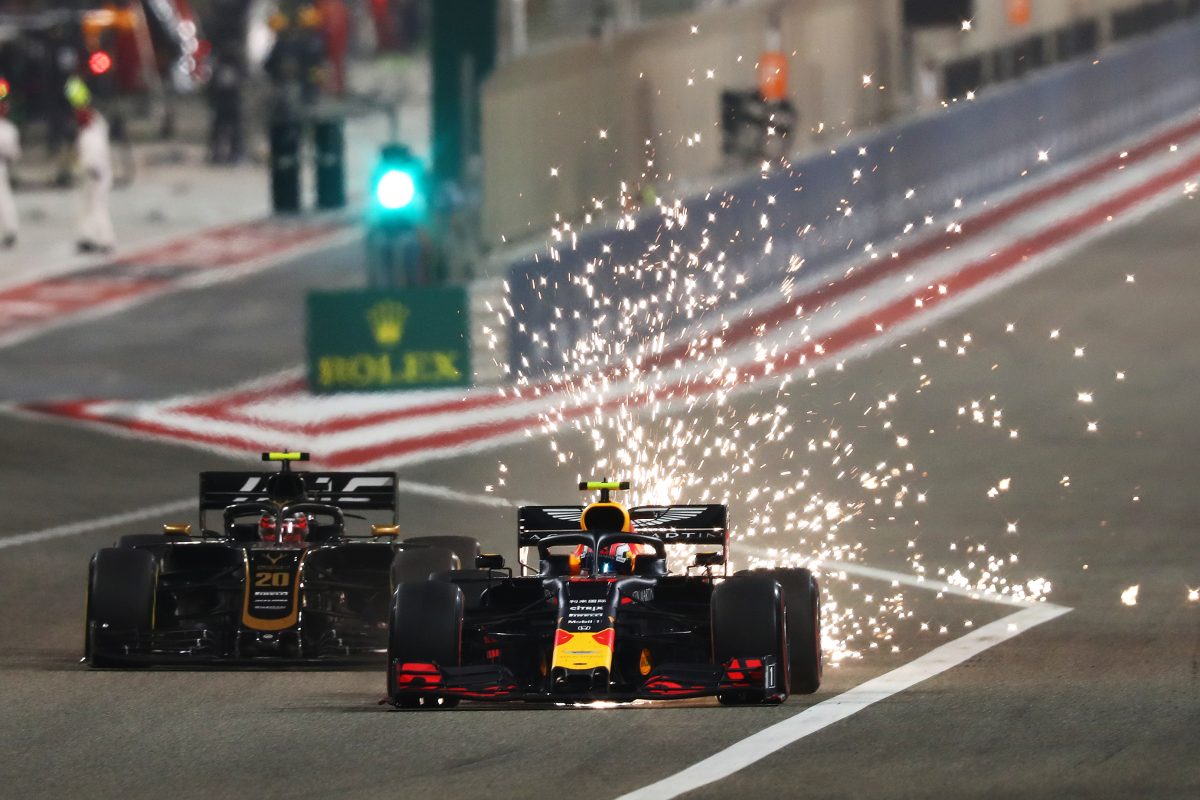 Overtaking at some Formula 1 races could increase by up to fifty percent this year, according to simulations carried out on the new aerodynamic packages.

The new aero rules for this season saw the introduction of simpler front wings, bargeboards and brake ducts, as well as a simpler rear wing with a larger DRS opening.

The initiatives were designed to make it easier for cars to follow one another and amplify the effect of DRS, with an eye to more sweeping technical changes in 2021.

Although drivers were unsure there was much of a difference at the season opener in Australia, they were more positive after last weekend’s Bahrain Grand Prix, where a third DRS zone was added to a circuit already easier to pass on than Albert Park.

Speaking ahead of the visit to the Bahrain International Circuit, the FIA’s head of single-seater technical matters, Nikolas Tombazis, detailed the expected increase in overtaking, which will likely vary by circuit.

“We were not expecting a huge delta in Australia, which is a difficult track at which to overtake in any case,” Tombazis told the latest edition of the FIA’s Auto magazine.

“Some simulations were showing a +10% increase of overtaking, assuming a similar evolution of a race, of course.

“In other races, the same simulations expect a more sizeable increase, possibly to the tune of +50%.

“That’s the feedback we’ve had so far, but it will really only become clear as we progress through the season.

“We weren’t expecting miracles in round one at Australia, but generally we are expecting a step in the right direction as far as aerodynamics are concerned.”

Tombazis says he is satisfied with the direction of the aero rules and is looking forward to seeing how the racing progresses throughout the season.

“Looking at the cars in testing and seeing certain solutions (to the changes) there are undoubtedly a few things we might have done slightly differently in the rules, but that’s always the case,” he added.

“Overall, I’m pleased with the direction of the aerodynamic characteristics.

“I certainly don’t think we have arrived at the final destination point and we can never sit back and say, ‘OK, it’s all fine’.

“However, I think that if we hadn’t gone through this process and we were sitting here writing the 2021 rules we would be in a much weaker position.

“For what we are trying to achieve, 2019 has been a very useful exercise and has lessened the wake effect.

“Whether this season proves to be an exciting championship depends on how closely matched the teams are. And like everyone else, that’s something I’m very anxious to see.”

The next test for Formula 1’s new aero rules will be the Shanghai International Circuit for the Chinese Grand Prix from April 12-14.