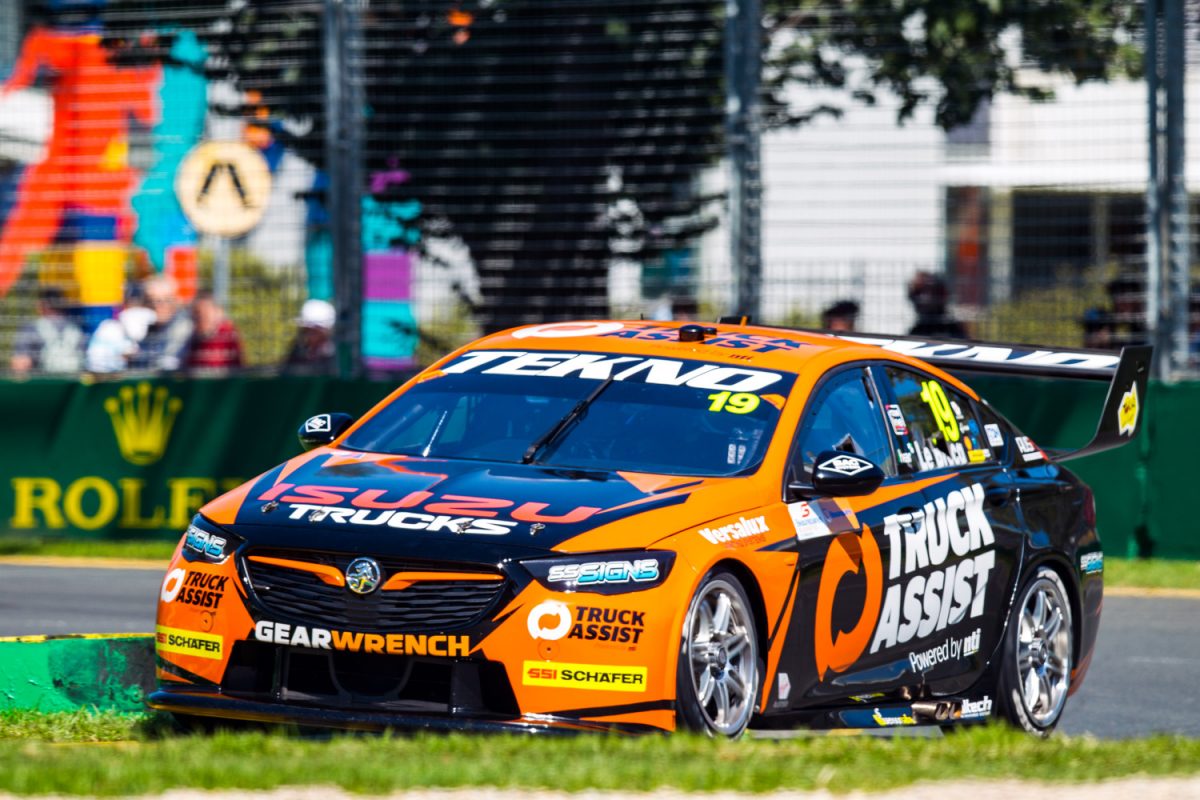 Tekno Autosports remains committed to Supercars for the long term despite speculation surrounding the immediate future of its driver Jack Le Brocq.

Le Brocq has been with the Gold Coast team since the start of last season but his future appears to be in doubt after next week’s WD-40 Phillip Island SuperSprint according to a report on Fox Sports’ Supercars Trackside.

The 26-year-old finished as the top rookie in the championship last year after finishing 19th in the standings, which included a career best solo result of fifth at Symmons Plains a year ago.

This season has proved more challenging having broken into the top 15 once in the six races to date.

Team owner Jonathon Webb was unable to confirm if Le Brocq would be driving the #19 Holden Commodore after Phillip Island when quizzed at Symmons Plains in response to the report.

He did admit that his team remains committed to competing in the championship for the foreseeable future.

“I’m not sure, I haven’t seen the TV (report),” Webb told Speedcafe.com.

“This double header is always busy so we’ll get through this weekend, hopefully have a reasonable run like we did here last year, and go on to Phillip Island and see what happens after that. (We’re) just concentrating on those.

“It’s been pretty disappointing, the first couple of rounds, there’s no doubt about it.

“We expected more, he’s done his rookie year, and we’ve gone through a couple more rounds that didn’t really improve but, as I said, those two are done now.

“We’ll work together as a group, and try and make sure we maximise this weekend, as we did last year.

“We’re here for the foreseeable future.

“We’ve been here, what is it, nine or so years now, and in an ideal world we’ll do it for another nine or 10, I’ll go and retire, and give it to my boys to worry about. That’s the plan.”

Speedcafe.com has contacted Le Brocq and is awaiting a response.

Le Brocq is set to begin his assault on the Tyrepower Tasmania SuperSprint today.