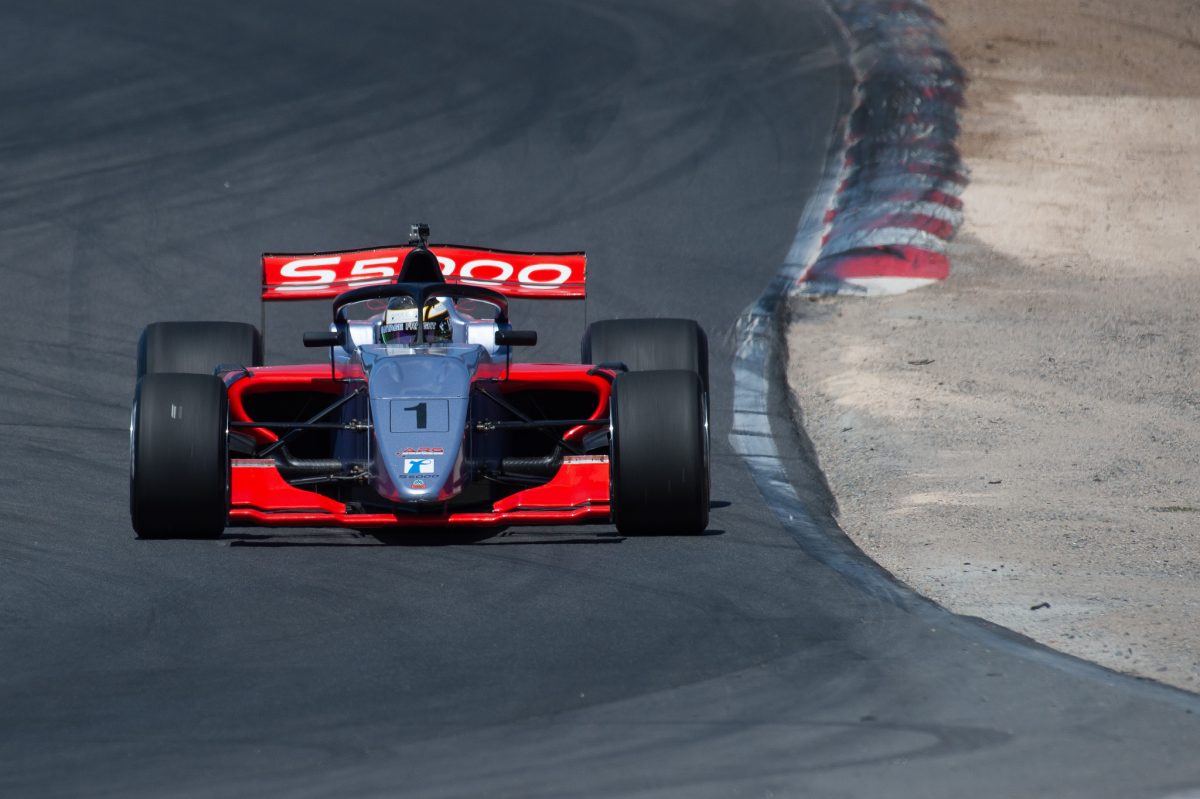 S5000 will debut later this year

The new S5000 single seater series has elected to delay its season launch until later this year.

Last year organisers the Australian Racing Group (ARG) released a six round calendar for the much anticipated V8 powered open wheel series, which was set to begin alongside the new TCR Australia, also promoted by ARG, at Sydney Motorsport Park on May 17-19.

Speedcafe.com understands a combination of reasons have seen its introduction postponed, with its first round likely to fall in September.

UPDATE: Organisers have subsequently confirmed that Round 1 will now take place at Sandown on September 20-22.

Fourteen of the new Onroak-Ligier single seaters have been ordered from the US with technical partners Garry Rogers Motorsport currently in the process of assembling the first four cars.

ARG is yet to announce any teams or drivers committed to the series.

Since the FIA approved Onroak-Ligier S5000 car launched at Sydney Motorsport Park last year, GRM has made a series of changes to the initial chassis including modifications to the cooling system, the exhaust system, and the finalisation of the suspension and brake package specifications.

Changes have arrived after the squad undertook a test at Winton and after the car made appearances at the Newcastle 500 Supercars finale and the Adelaide Motorsport Festival in December.

ARG remains committed to S5000 which is expected to be up and running this year and may include a Tasman style series, a concept that was discussed last year.

Meanwhile, plans to launch TCR Australia at Sydney Motorsport Park on May 17-19 are unaffected with further driver announcements expected soon.

The S5000 car is set to conduct demo runs at the Western Sydney venue during that weekend.