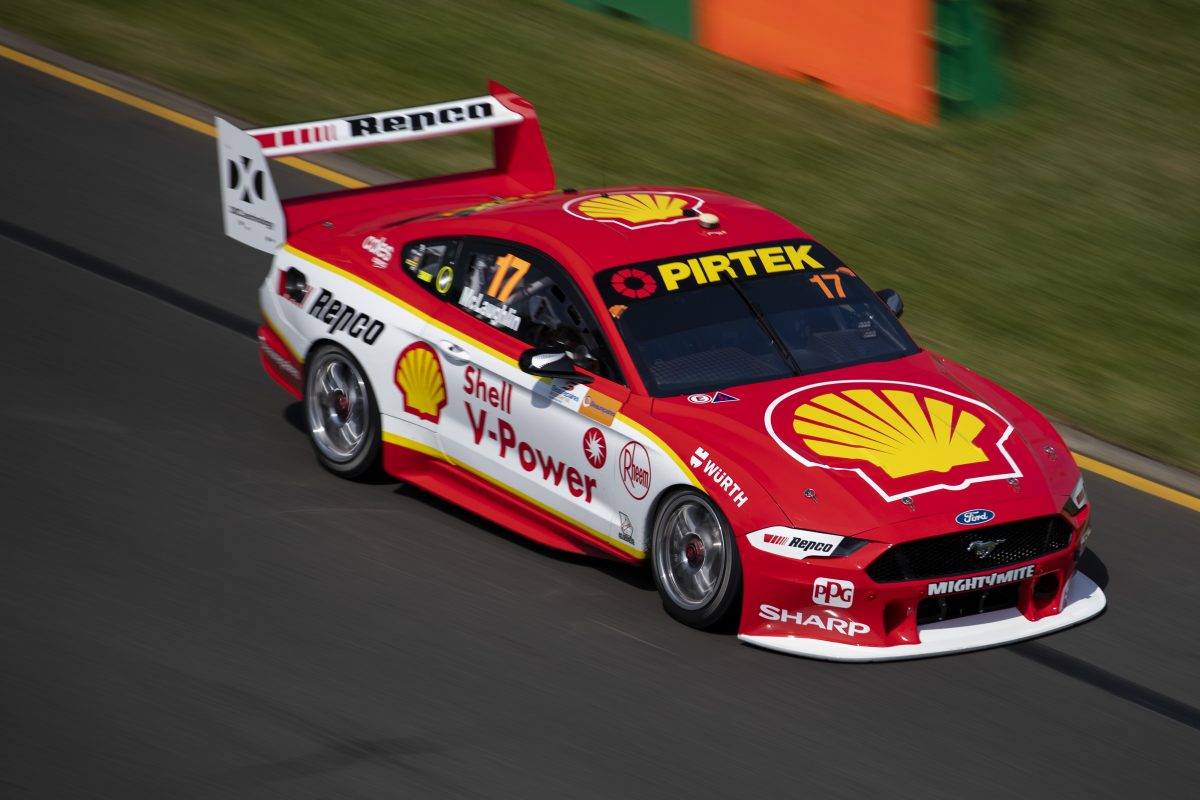 Scott McLaughlin says he is eager to get back behind the wheel at Symmons Plains having admitted to being sick of the ongoing parity debate.

The reigning champion has witnessed his Shell V-Power Racing team forced to make adjustments to its new Ford Mustang after Supercars deemed the car held a significant centre of gravity advantage over its Holden and Nissan rivals.

As a result, 28kg of ballast has been moved to the roll cage of the car to increase the centre of gravity, which will affect handling.

McLaughlin, who is fighting a cold this weekend, says he is sick of the parity debate and is determined to do his talking on the track.

“I feel excited, I’m actually really pumped just to get out there,” McLaughlin, who has won five of the six races to date, told Speedcafe.com.

“There’s been so much crap, lots of talk over the last couple of weeks, and I think I speak on behalf of not only the Ford drivers but I think the Holden guys, I think everyone just is sick of all this chat and just wants to get on with it.

“Every time I go out on the race track, I want to win, but basically from here on in you just want to go out there and prove how good a team we are.”

It is a feeling shared by team-mate Fabian Coulthard who believes the parity debate has created a rift among fans and a negative energy around the sport.

Like McLaughlin, he is determined to put on a show at Symmons Plains where he scored the teams’s first championship race win in 2017.

“We go out there regardless to do the best job we can and win races,” Coulthard told Speedcafe.com.

“I think what it has done is upset the fans a lot.

“They’re the backbone of our sport and with everything that’s going on, I think it’s just creating a lot of negative energy, which I think’s not really required, so we’ll just focus on our job, and that’s the driving part of it, and put on a good show.

“It’s a different style of circuit, not many corners, you generally find that the field spread’s quite close, generally because it’s a lot easier to get a few corners right than a lot.

“I’m just looking forward to getting out there.”

The pair will hit the track for the first time when Practice 1 begins at 1150 AEDT.