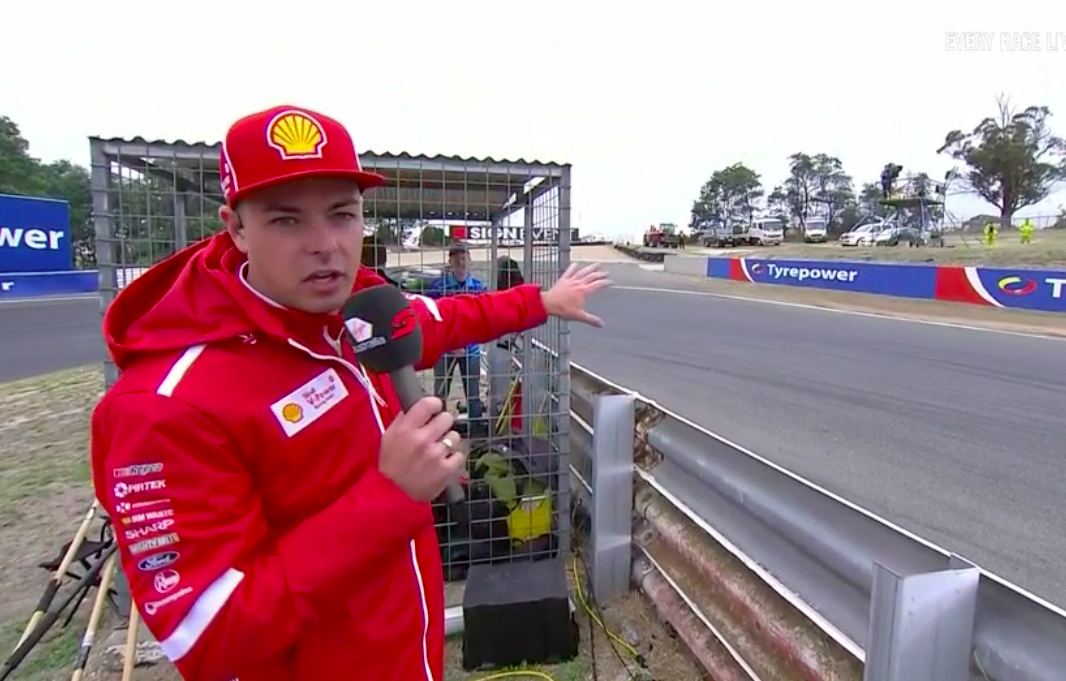 Scott McLaughlin is keen for more television reporting opportunities after making a successful debut in front of the camera at the Tyrepower Tasmania SuperSprint.

The reigning Supercars champion was armed with a microphone and sent to Turn 4 for the Additional Driver practice session where he offered his expert insight for the television audience during the 30 minute session.

McLaughlin thoroughly enjoyed the chance to spectate at close quarters and provide viewers with a driver’s point of view.

The New Zealander impressed the Supercars commentary team with his input, while the experience has left him eager for more.

“It was fun, I enjoyed it. It was a different aspect,” said McLaughlin.

“Seeing the cars right there, it was unreal. I haven’t seen, spectated, that close to the cars before for a long time. It’s very cool to see.

“I remember I started and I couldn’t hear myself because it was so loud, so I think I was screaming at the microphones. Once I got used to that I was alright.

“I said to them (Supercars Media), I’m happy to do all the co-driver sessions.

There is set to be more Additional Drivers Practice later in the session, which could provide McLaughlin more opportunities with the microphone.

At Symmons Plains, he returned to the wheel of his #17 Shell V-Power Racing Mustang for Practice 1 and 2, ending the day seventh quickest and the second fastest Ford as Holden filled the top five positions.

The championship leader will now receive a bye to the second part of knockout qualifying on Saturday.