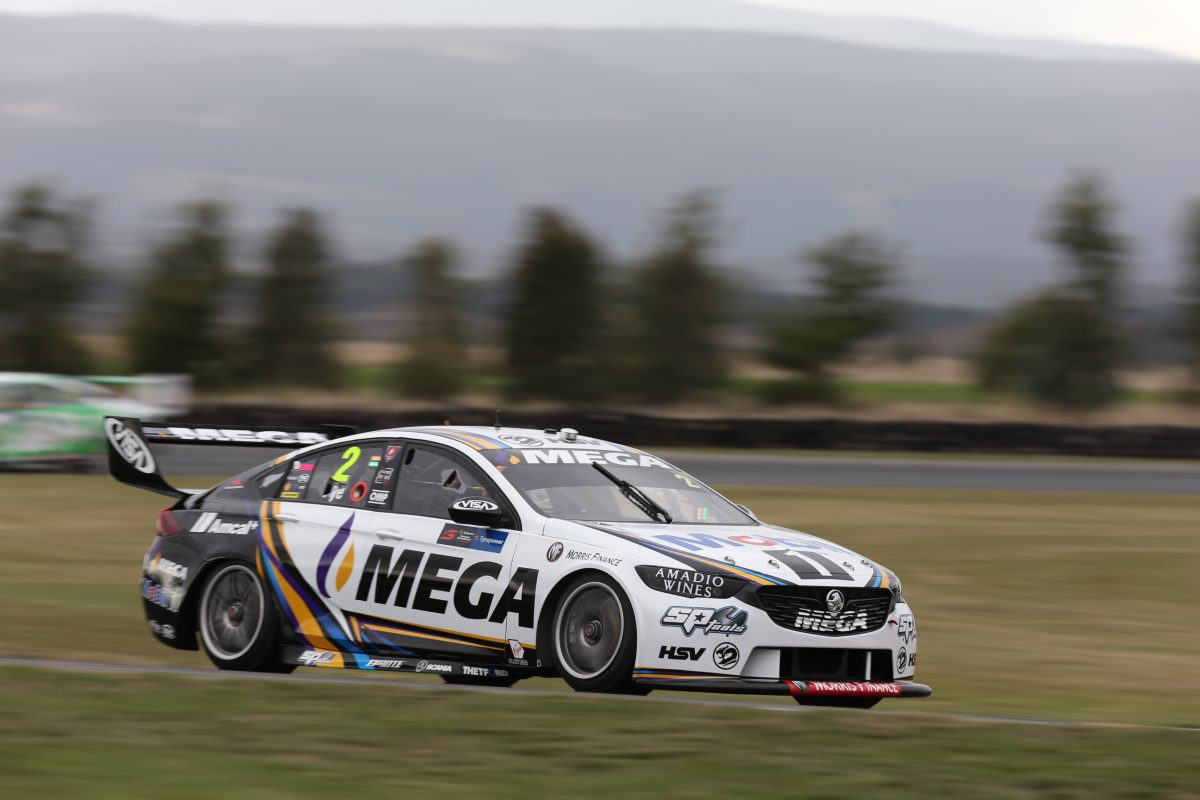 Luff, driving Scott Pye’s #2 Mobil 1 Mega Racing ZB Commodore, moved to the top in the final four minutes of the half-hour session and continued to improve.

He eventually left the benchmark at 51.0641s, which left him 0.0625s faster than Tander in Shane van Gisbergen’s #97 Red Bull HRT ZB Commodore.

Lowndes was fastest straight out of the box in the Jamie Whincup car as he and team-mate Tander traded top spot during the first runs.

That little contest was resolved in favour of the latter with a 51.2675s before he improved to a 51.1977s midway through his second run.

Luff hovered in the top five for most of the session before he moved from third to first in the 27th minute with a 51.1814s.

The Supercheap Auto Bathurst 1000 runner-up for the past two years improved twice more while Tander also found a little more time, edging down to a 51.1266s.

D’Alberto only drove Fabian Coulthard’s Mustang despite being entered in both Car #12 and the #17 entry of Scott McLaughlin.

He sat 18th of the 19 cars which hit the track, including Bryce Fullwood in two Kelly Racing Altimas, before leaping to 10th as the final third of the session began and continually improving thereafter.

Lowndes, in his first official session since his retirement from full-time driving, commented that the Triple Eight machine felt different with the now mandatory linear springs.

“Obviously the dual spring has taken all that away; the control.

“For us, I just went through the program of what Dave Cauchi (engineer) wanted to do. We did a number of changes. I think they’ve got now a direction between the two, Huey and Dewey, that have just had a crack at it. It’s a lot of fun.

He added that the crew still has work to do to perfect the set-up of #88.

“But I’ve got to say the car itself at the moment feels about a 75 percent car,” explained Lowndes.

The session ran without significant incidents on-track, although Andre Heimgartner’s Plus Fitness Altima had a left-rear hub problem which prompted Fullwood to switch to Rick Kelly’s Castrol Altima.

The Dunlop Super2 Series leader, who was Kelly Racing’s only representative in the session, put #15 into 14th position and was slowest in Car #7.

Practice 1 for the Virgin Australia Supercars Championship field, which will also run for 30 minutes, starts at 1150 local time/AEDT.