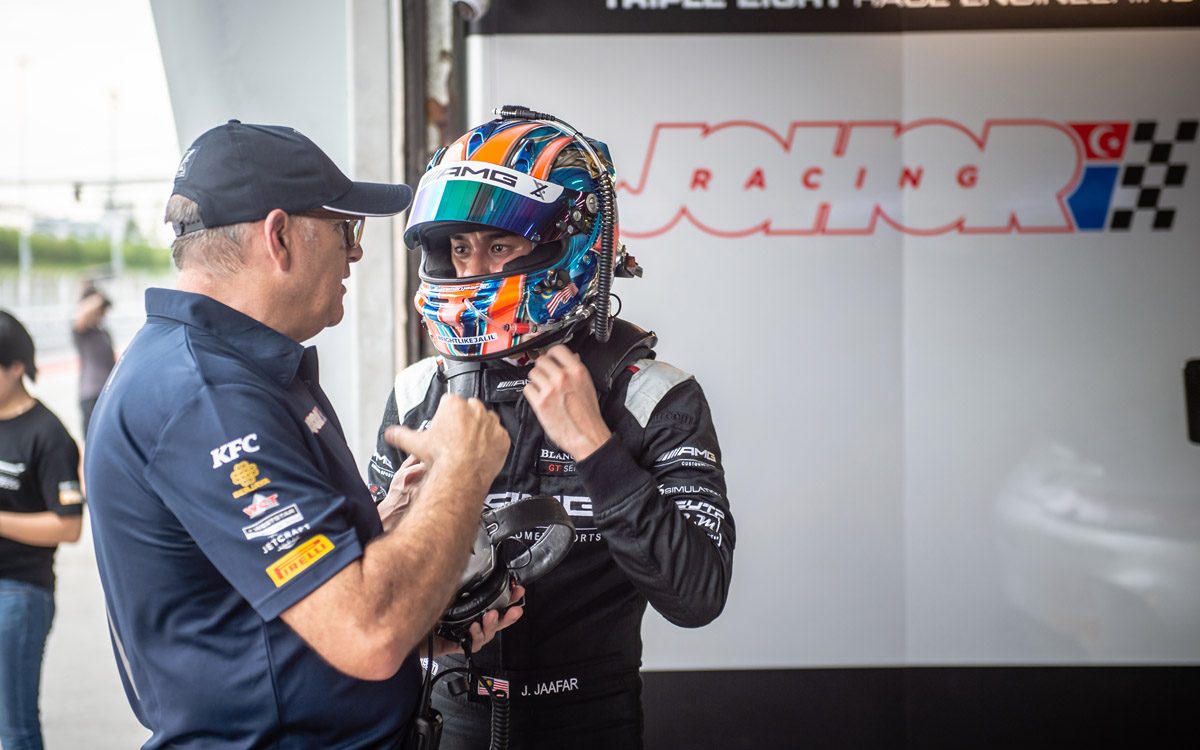 Sepang this weekend hosts the opening round of the series, which will see Triple Eight field a single Mercedes-AMG GT3 for drivers Prince Jefri Ibrahim and Jazeman Jaafar, while Shane van Gisbergen will race in three rounds later in the season.

Announced last month, the series marks Triple Eight’s first foray into championship competition outside of the Supercars framework, and comes off the back off two appearances at the Bathurst 12 Hour.

“It’s a great opportunity to be in a partnership with Johor Motorsports and participate with them in such a recognised series,” Dane said.

“SRO Motorsports Group have been very welcoming and have made the transition into a different series and across continents much easier for us.

“We are all looking forward to our first Blancpain World Challenge Asia and some great racing.”

Though formal proceedings in Malaysia don’t begin until today, the team took part in a test session at the former grand prix venue on Thursday.

“With a few days of testing now under our belt, we have had to find our feet however the outcomes of our preparations have been very positive,” said team manager Andrew Simpson.

“It has been a short and steep learning curve with quite a few differences between the series we are normally accustomed to and the expectations at Blancpain.

“Obviously, we are always looking to be towards the pointy end of the field, but at the same time there is some very good competition over here in Asia, so we are ready for the challenge.”