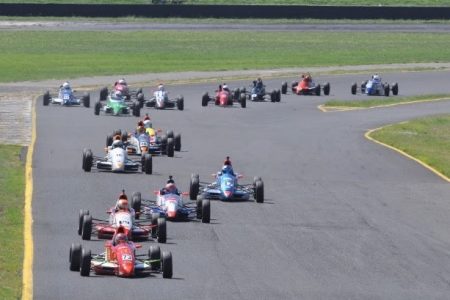 The Perkins and Bargwanna families will be represented on the grid as part of a 26-car field for this weekend’s first round of Australian Formula Ford at Sydney Motorsport Park.

Hank Perkins, son of Terry and nephew of Larry, both of whom won the TAA Formula Ford Driver To Europe Series in the 1970s, will make his debut in the national series with BF Racing.

He will be joined in the leading Duratec class by Ben Bargwanna (Bargwanna Motorsport), son of Jason, who has added a handful of national rounds to his planned full Victorian Formula Ford campaign.

Hunter McElrea used his victory in last year’s series to tread a path to USF2000, in which he sits second in the standings after twin podiums in his maiden race weekend, while runner-up Hamish Ribarits has stepped up to the Kumho Tyre Super3 Series.

Qualifying and Race 1 take place on Saturday before two more races on Sunday.