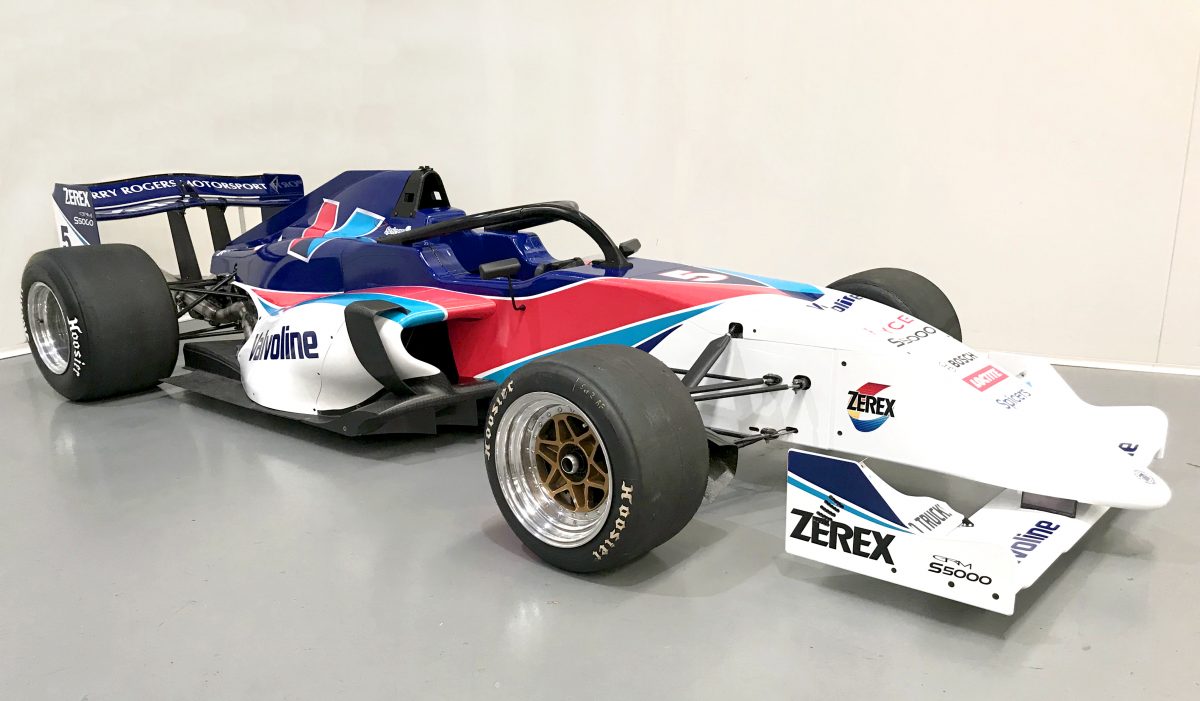 The squad has recreated a special colour scheme for the V8 powered Onroak Ligier S5000 car in a nod to Unser Jnr’s 1992 Indy 500 win as the Melbourne squad celebrates a 30 year association with oil giant Valvoline.

This week the car will be on display at the Australian Aftermarket Accessories Expo at the Melbourne Convention Centre this week, which begins on Thursday.

The show is not open to the public.

“GRM has had a 30 year relationship with Valvoline, so we thought we’d celebrate by painting our S5000 car in the famous red, blue and white colours,” said Barry Rogers.

“Both Garry and I love the 1992 Indy 500 where Al Unser Jr won by the smallest of margins. He was in the Valvoline car there, and this is a tribute to that.

“This is the first time that we’ve seen the S5000 away from its launch livery and we reckon these cars are going to look fantastic in a range of different colour schemes.”

GRM is currently in the process of assembling its first batch of S5000 cars ahead of the inaugural season as part if its role as S5000 technical partner.