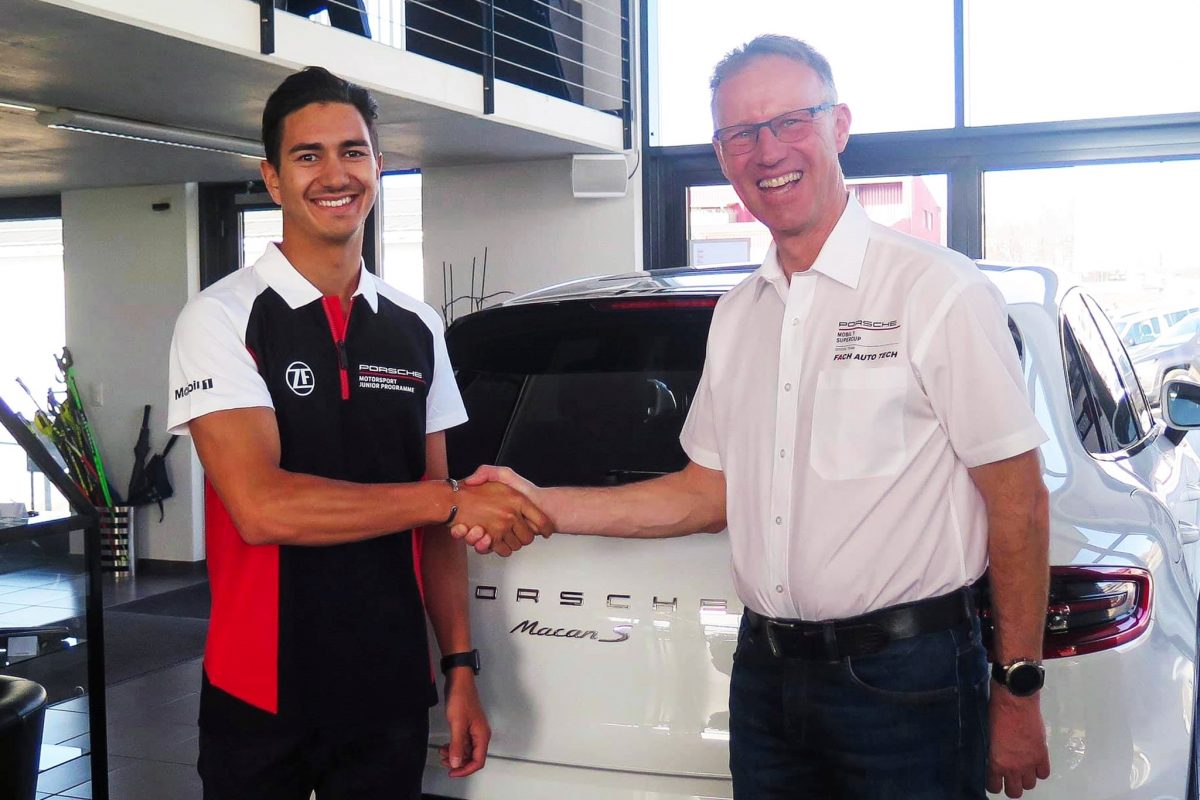 German Carrera Cup will be run over eight rounds of two races each, including events at the Hockenheimring and the Red Bull Ring prior to the Supercup races at those circuits.

Evans will race for Fach Auto Tech in Supercup, the former team of both Earl Bamber and Matt Campbell, and Project 1 in Carrera Cup Deutschland.

“2019 is shaping up to be a very busy and exciting year as I embark on my first racing season in Europe,” said the New Zealander.

“I really don’t think I could have placed myself in a better position. Through the help of Alex Fach and Fach Auto Tech’s new partnership with Project 1, I am able to run both Porsche Mobil 1 Supercup and Porsche Carrera Cup Deutschland in parallel programmes to fast-track the learning process and gain valuable track time.

“It’s an exciting opportunity to be racing under the Project 1 entry, the team has all the right tools and has achieved very strong results in previous years – something I aim to replicate. They are a large Porsche team running in multiple championships outside Carrera Cup Deutschland and currently lead the GTE-Am class in the FIA World Endurance Championship.

“Carrera Cup Deutschland is very similar to Porsche Mobil 1 Supercup in terms of competition. Many of the top drivers and teams compete in both championships, so it will be good to have that consistent comparison at each race weekend.

“With a total of 17 race weekends between the two championships, things will be very busy – a challenge in itself.”

Evans will be joined in the Supercup field by a three-car Team Australia outfit comprising Joey Mawson, Stephen Grove, and Marc Cini.

Carrera Cup Deutschland starts at the Hockenheimring on May 3-5 before Supercup Round 1 at Catalunya on May 10-12 with the Spanish Grand Prix.