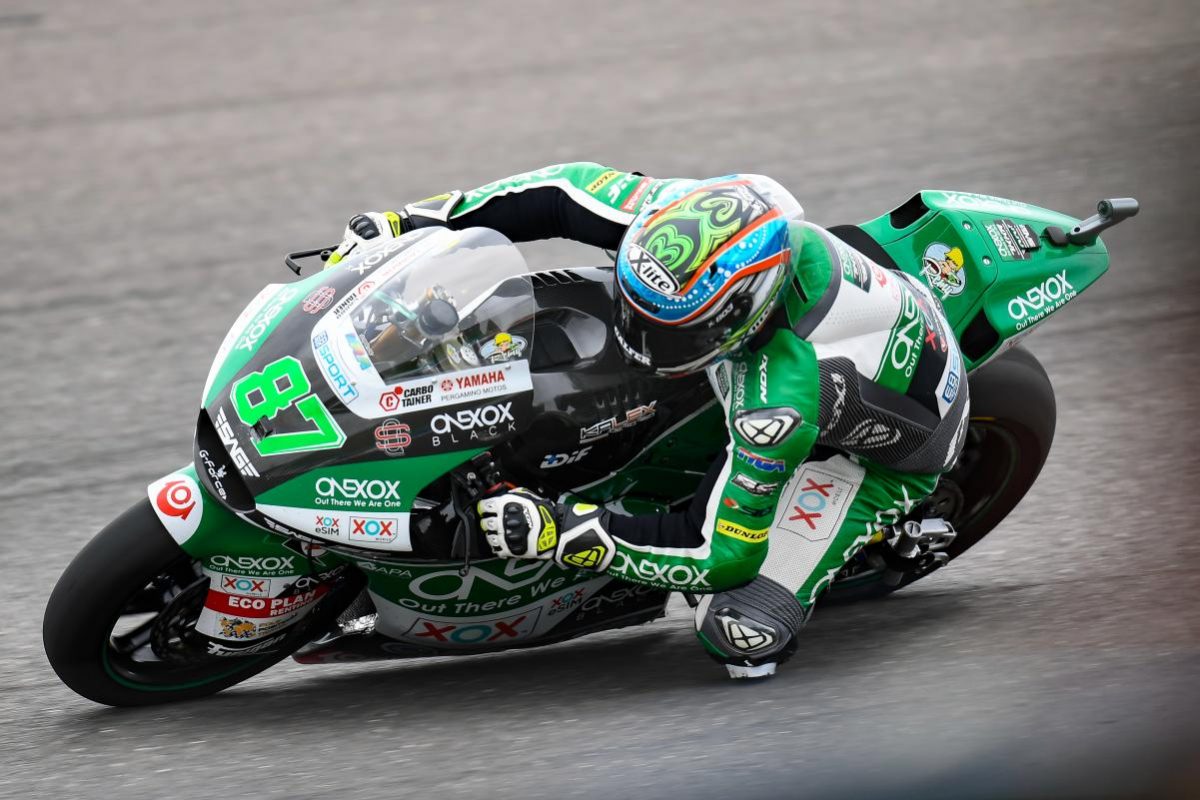 Remy Gardner says that he exacted ‘revenge’ by finally finishing on a grand prix podium after four years and an agonisingly close-run fourth position one race earlier.

Gardner finished second in the Argentina Moto2 race by 1.244s to Lorenzo Baldassarri, but even that margin belied how close he came to victory given that it was the Italian’s move on the Sydney-born rider on Lap 20 which made all of that margin.

Only 0.002s separated Gardner from the podium in Round 1 in Qatar three weeks earlier, when he passed Marcel Schrötter only the final lap only for the German to slipstream back ahead at the finish line.

Having debuted in Moto3 late in 2014, that fourth position was his best result in either class until the 2019 Moto2 grand prix at the Autodromo Termas de Rio Hondo.

The podium, the outcome of a determined showing throughout the 23 laps, comes after two injury-interrupted seasons at Tech3 before a switch to SAG (Stop And Go) Racing Team and a Kalex bike.

“It’s been a tough three or four years, honestly,” he told MotoGP shortly after the race.

“We’ve nearly had the podium so many times and it’s just escaped me, and especially in Qatar by literally a bee’s dick, so I came here saying I want revenge and we got it, so honestly I couldn’t be happier and it still feels surreal at the moment.”

Compatriot Jack Miller, who went on to finish fourth in the MotoGP race, was on hand in pit lane to congratulate Gardner and suggested better things are to come for the 21-year-old.

“Fourth for me was a highlight on Sunday for sure, but I had to get down before the podium of the Moto2 race to congratulate Remy Gardner for coming second,” wrote Miller in his Red Bull column.

“It’s always great to see an Aussie up there. Super cool for him, unreal.

“He’s been in Moto2 trying hard for a while now, and it’s his first year on a decent bike, and the results are showing.

“He just missed out in Qatar and then to get second here – and he just about could have won it too – that’s great for him that his hard work is paying off.

“I think he’s matured a fair bit as well as getting a better bike, and I’m really happy for him.”

Gardner believes that he is still a work in progress but has confidence in his ONEXOX-backed SAG package.

“Hopefully this is just the start. We’ve got good building blocks” he said.

“I think I need to work on myself a little bit, on my consistency, and really nailing millimetre on the track.

“I think our package is great; we’re missing a little bit of straight line speed so some tracks we might suffer a little bit more than others, but we can compensate that in the corners and on brakes, so I think just consistency is key.”

Gardner has risen to second in the championship, 17 points behind the as yet unbeaten Baldassarri, a revelation to him to which he quipped, “Not too bad, so I never thought I’d be saying that.”