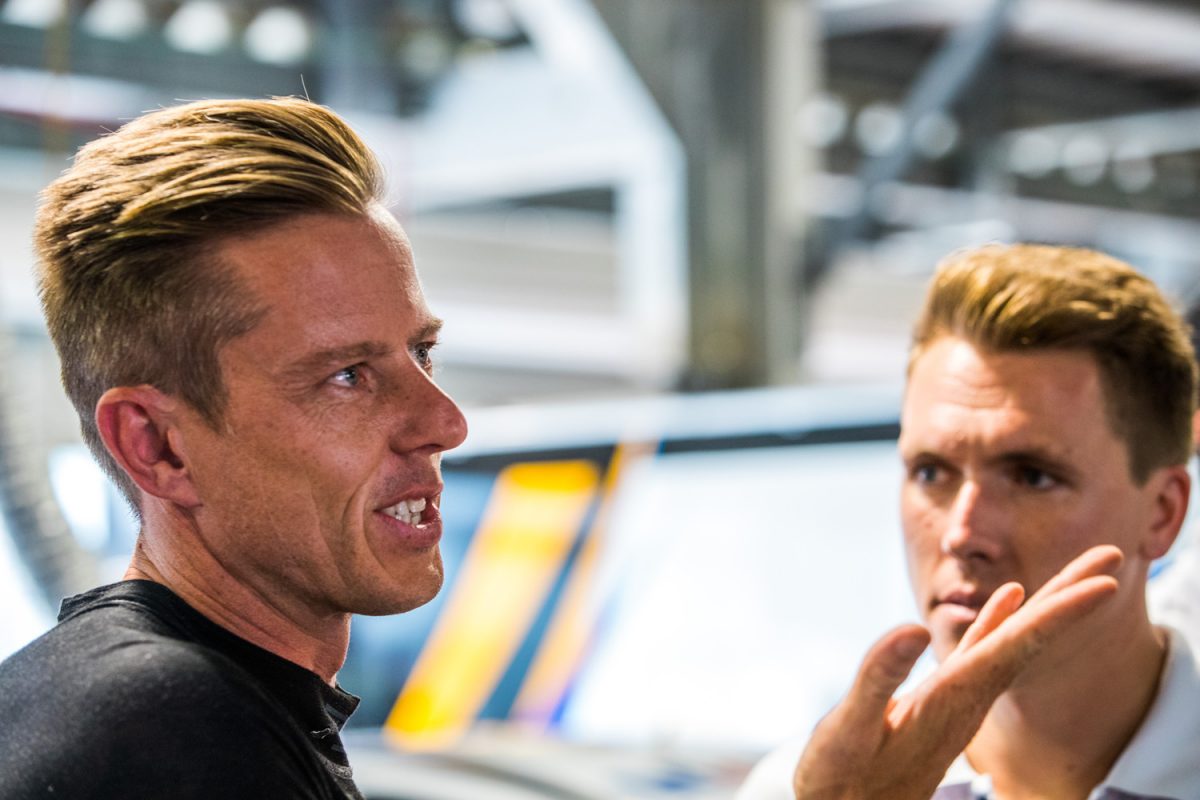 James Courtney harbours a desire to race in Supercars for a few more years yet but the out of contract star admits that nobody’s place on the grid is safe.

The 2010 Supercars champion is among a group of high profile drivers including Chaz Mostert and David Reynolds that are off contract at the end of the current season.

A hot property in Supercars for more than a decade, the Mobil 1 Mega Racing driver remains committed to the sport and is focussed on a return to form after a couple of challenging campaigns.

Now the oldest driver on the grid following the retirement of Craig Lowndes and Garth Tander, the 38-year-old says the fire is burning as bright as ever for what will be an important season.

While contract years can be distracting, the Gold Coast based driver says hasn’t really contemplated his future beyond this season.

His thoughts are firmly on achieving results but is acutely aware of the cut throat nature of the sport highlighted by the sudden exit of former team-mate Tander in January.

Courtney penned a three-year deal with his long-time employer, now known as Walkinshaw Andretti United, in the back end of 2016.

“For sure. The fire’s still burning away and if you go up and ask Garth (Tander) and Craig (Lowndes) and even Mark (Skaife) and Russ (Ingall), those guys have been out for, I don’t know, quite a while and they still have it,” Courtney told Speedcafe.com.

“It’s not something that goes away. For us, and for me, I’m still very much wanting to knuckle down and get on with this.

“They’re all pretty big (years). But I guess it’s my contract year, so things have got to go the right way and I’m probably nowhere near as focussed on that sort of thing as what I have been in the past.

“I’m probably more so now focussed on the actual job at hand.

“Last year, with the amount of change on the grid and with Garth going, no one’s safe.

“So I’ve decided that; focus on what I can control and what that is, is what I’m doing.”

After a series of lean years culminating in a woeful 2017 campaign, the squad is finding its feet showing signs that it will once again become a regular front running outfit.

This season has however started slowly as the operation adjusts to a number of regulation changes, namely the twin spring damper ban and the arrival of the Ford Mustang.

“I think, 100 percent, it’s (the team) definitely going in the right direction,” he added.

“I think it was a big shock for everyone, at the start of this year, with the way that it turned out with car speed and things with different organisations,

“But as for us, I think we’ve got to knuckle down and get on with what we can and sort of focus on what we can focus on and I’m pretty happy with the way that it’s progressed.

“Sure, I’d rather be a lot closer and faster and winning the thing but I think we’ve definitely closed that gap to the likes of Erebus and whatever.

“And we’ve raced and kept the Triple Eight guys behind us a couple of times at the Australian Grand Prix.

“So I think we definitely made a step forward, it’s just there’s been six other cars that have jumped in there as well.

“I think there has been good progress, but it has sort of been overshadowed by that.”

Courtney will return to action at this weekend’s Tyrepower Tasmania SuperSprint, which is scheduled to begin on Friday with a 30 minute additional drivers practice at 1030 AEDT ahead of Practice 1 at 1150.