Home » Offroad » Price restricts himself to cars only for 2019 Finke

Price restricts himself to cars only for 2019 Finke 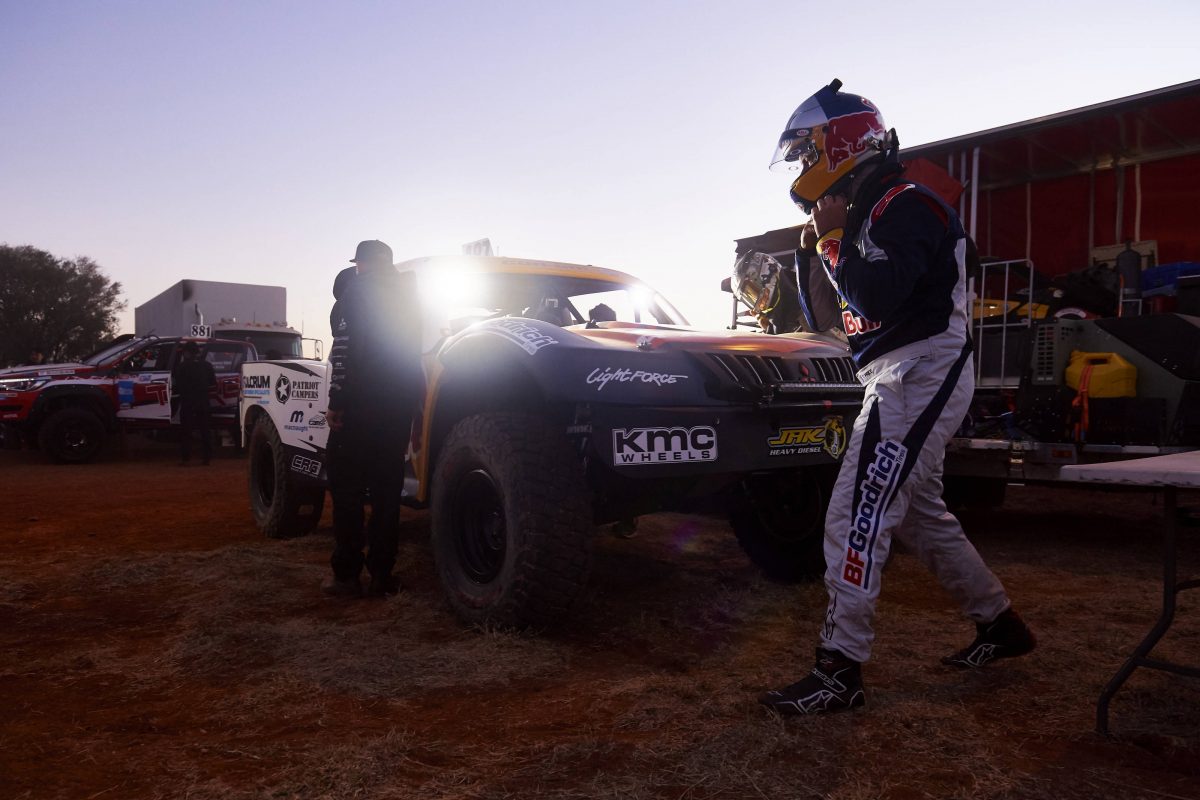 Toby Price will compete only in the cars division of this year’s Tatts Finke Desert Race as he continues to recover from surgery after his triumphant Dakar Rally campaign.

Price has attempted to pull off an as yet unprecedented Finke ‘double’ in two of the last three years but had to also stay off his bike in 2017 after breaking his leg in that year’s Dakar.

The Australian rode through the pain of a fractured wrist to win the famed rally raid for a second time in January, but had to undergo further surgery just days after returning from Peru.

That procedure involved grafting part of his hip bone into the scaphoid to repair the damage which he aggravated when the screw in his hand ‘windscreen wipered’ during the Dakar.

With an eye on his Dakar defence in 2020, Price is staying on four wheels for the ‘there and back’ journey between Alice Springs and Finke.

“Racing only the truck is the safer option to know that I’ll be ready for Dakar 2020, after the injury I’d like to focus on one category and the one I haven’t won yet,” he said.

“Bummed I’m missing out on the bike but I’ve got to look to the future and be smart about my injury at the moment.

“The double is not out of sight, it’s something I know I want to do and I want to achieve in future.”

Price and co-driver Jason Duncan were second in cars at the overnight stop in last year’s Finke but suffered a power steering pump failure on the return.

The former still won the bikes title for the sixth time in nine years, while his best result in cars has been second on debut in the class in 2016.

Price, a Mitsubishi ambassador, was also set to compete in selected rounds of this year’s ECB SuperUtes Series around his offroad commitments but has also had to sit that out for the time being.