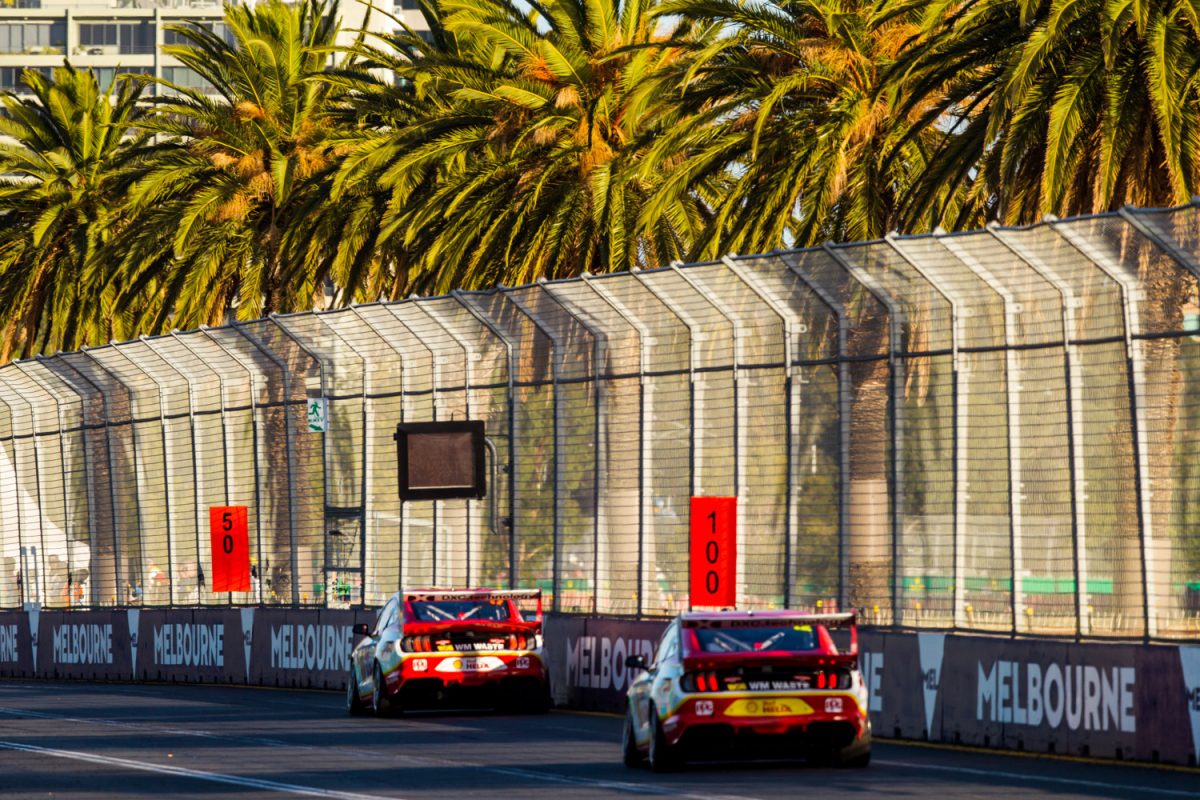 The Ford Mustang has burst onto the Supercars scene boasting victories in all six races to date but its dominance could be threatened by moves to bring the car into line with its rivals.

Supercars confirmed last week that the Mustang and Holden ZB Commodore entrants will be required to make changes to their centres of gravity for this weekend’s Tyrepower Tasmania SuperSprint.

A lower centre of gravity, achieved by placing ballast low in the car, offers an improvement in handling.

Supercars’ technical department has declared that both the Mustang and Commodore had an advantage over the Nissan Altima which has resulted in ballast being repositioned in the cars from Symmons Plains onwards.

It is believed that approximately 30kg of ballast will be moved to the roof of the Mustang while the Commodore will have 6.7kg moved.

The Nissan Altima will remain unchanged.

It remains to be seen how the changes will affect car performance which will no doubt ensure that all eyes will be locked to Symmons Plains this weekend to see how the Mustang fares having claimed 12 of the 18 podium places to date.

Although disappointed by the move both Shell V-Power Racing and Tickford Racing have accepted the decision.

However, the 2006 champion claims that for every 10mm the centre of gravity is lower there would have been a 0.4s lap time gain at Albert Park.

Symmons Plains was always set to provide a barometer for the Mustang given the technical circuit has been a Holden stronghold.

Ford has won only once in the last six years at the venue when Fabian Coulthard triumphed in 2017.

This week’s Pirtek Poll wants to know your thoughts.

Will the centre of gravity changes halt the Mustang’s perfect start to the season? What do you think?