Miller convinced he has a bike to fight with now

Miller convinced he has a bike to fight with now 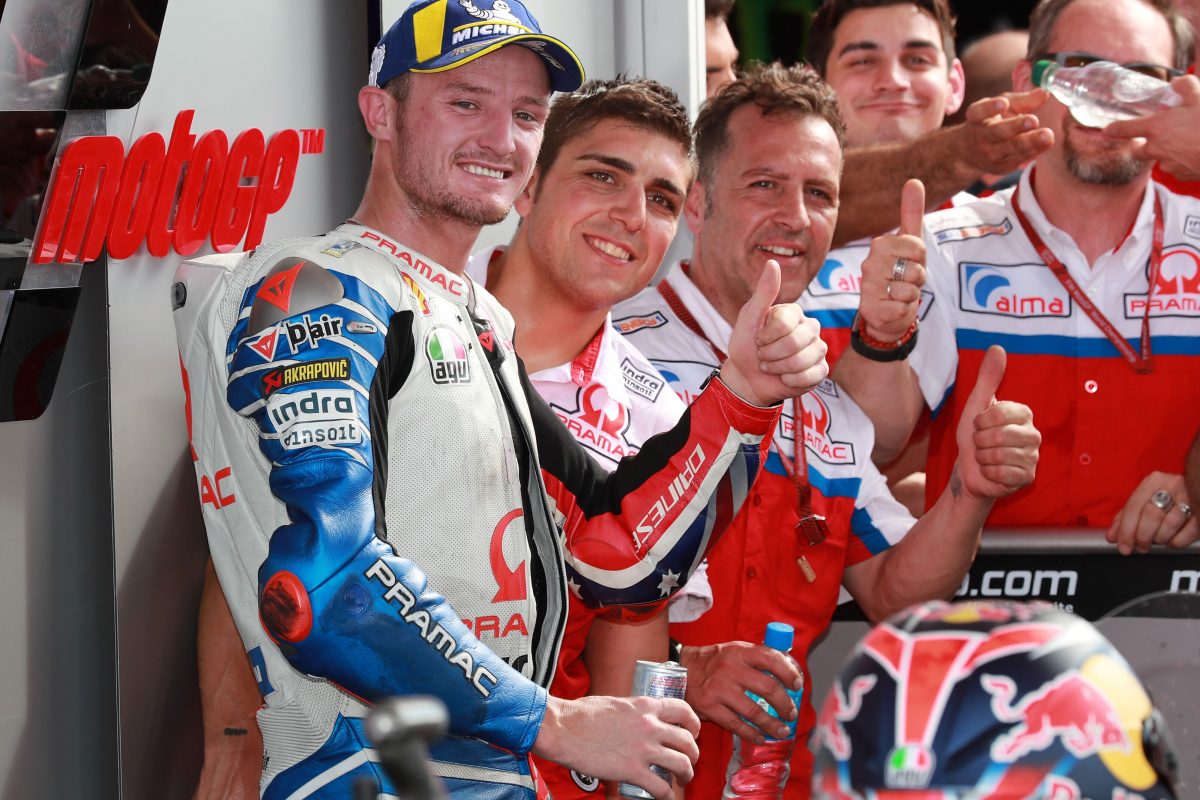 Jack Miller believes that he is able to consistently mix it at the front of the MotoGP field on a GP19 Ducati after finishing fourth in Argentina.

Miller was briefly third before dropping as far back as seventh but came home with a wet sail at the Autodromo Termas de Rio Hondo to record his best result in almost a season’s worth of races.

Having become the clear senior rider at Pramac Racing, Miller now enjoys current-specification Desmosedici machinery which he believes will have him a regular contender for podiums.

The Townsville rider felt that he could have been on pole in Argentina but for a highside moment on what was still his fastest lap, and was cruelled of another potentially strong result in the season opener when his seat fitting broke on Lap 2.

While seemingly no one was capable of stopping Marc Marquez in the second race of the campaign, Miller ended up 1.610s away from the podium, which was rounded out by factory Ducati counterpart Andrea Dovizioso.

“I’m really enjoying riding this GP19 Ducati. I never raced the ’18 last year, and this bike is a big step,” he explained in his Red Bull column.

“I said to someone that I feel like I’m bringing a gun to a gun fight now, and that’s the best way of explaining it.

“The speed is easier to come by and you don’t feel you’re riding it right on the ragged edge every corner just to get a lap time out.

“That’s why Qatar was frustrating; with the way ‘Dovi’ rode that race and controlled the pace, I reckon I could have stayed with the front group and been in a position to do something in the last few laps.

“In the first few laps on this bike is when I notice it, you’re not constantly over-braking and cooking the front tyre just to stay with those guys, and not trying to make up for not being able to stay with them on the straights.

“I can manage the tyres better because the speed of the bike is there, that’s probably the biggest factor.”

Miller had not finished as high as fourth since Round 5 of 2018 at Le Mans, which he described as a relief after leaving Qatar three weeks ago with zero points.

“Fourth is my best result since France last year which was a bloody long time ago, and I was fourth last year here in Argentina too,” he noted.

“It feels good and a bit of a relief too after Qatar, we had such good pace there but I left with nothing because of the seat coming loose and the other dramas that followed that.

“We’ve been working really hard as a team and the bike is good, and we’ve been doing the most laps of anyone in practice and spending a lot of time working on our race pace, and today it paid off for us.

“To have it go to plan is nice, and you want to get the monkey off your back and get off zero points.

“To get so close to the podium – I was only 1.6 seconds behind ‘Dovi’ – is a bit frustrating in some ways, but we’re right there. It’s just a matter of time if we keep working the way we are, I think.”

Miller has moved up to eighth in the MotoGP championship ahead of Round 3 at the Circuit of the Americas on April 12-14 (local time).