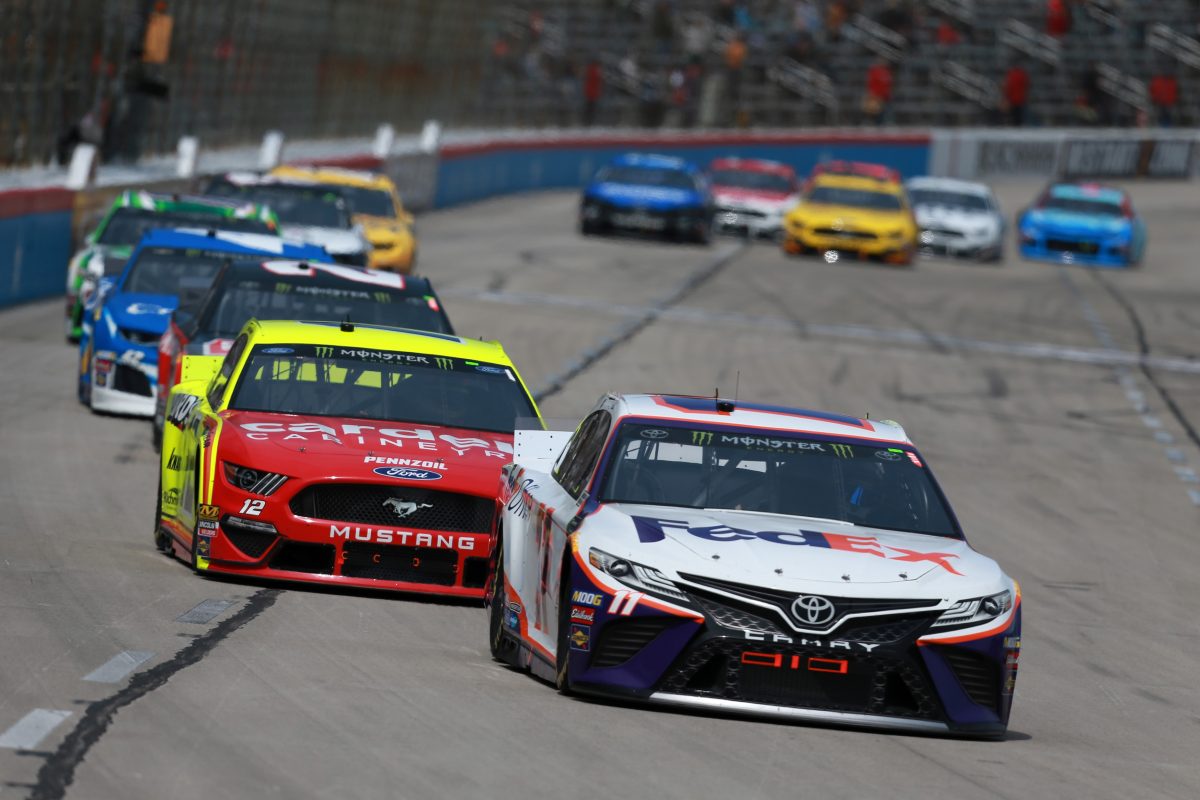 Denny Hamlin has fought back from two penalties to win Round 7 of the NASCAR Cup Series at Texas Motor Speedway.

Hamlin was punished for speeding in pit lane on Lap 63 and finished Stage 1 in 19th position.

However, by the time the green-and-white chequered flag fell to signal the end of Stage 2, it was the #11 Joe Gibbs Racing Toyota at the head of the field courtesy of a fuel-only pit stop under a late-stage Caution.

Ryan Blaney (#12 Team Penske Ford) stayed on-track during the stage break but Hamlin was sent to the back anyway for uncontrolled tyres during their pit stops.

He hauled his way back up to second with 60 of 334 laps remaining, taking advantage of a moment for Kyle Busch when Erik Jones passed the #18 Joe Gibbs Racing Toyota for the lead.

In the final pit stops cycle, Hamlin again went fuel only to pinch track position and went on to win by 2.743s.

Kevin Harvick (#4 Stewart-Haas Racing Ford) was eighth after also being sent to the rear for an uncontrolled tyre in the Stage 2-Stage 3 break, while Busch retains the series lead despite an impact with the wall at Turn 2 on Lap 282 from which he went on to finish 10th.