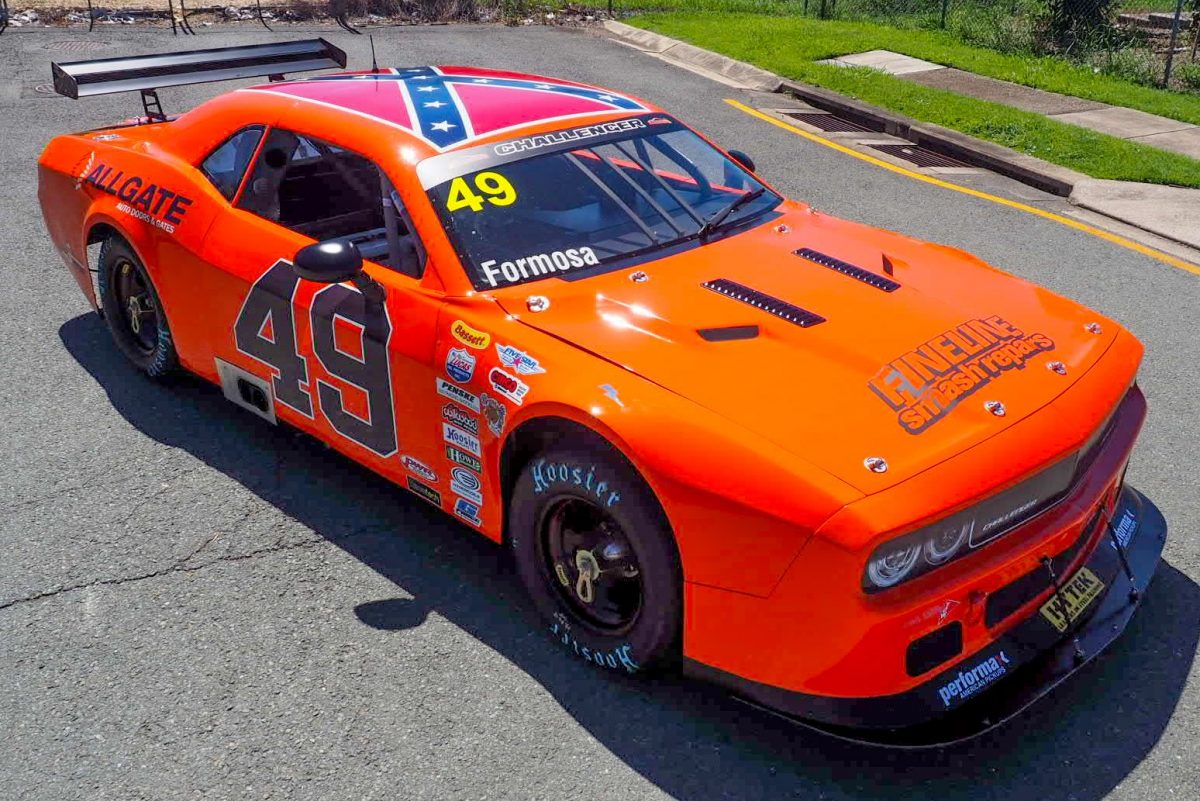 Formosa, who also races a Ford Ranger in the ECB SuperUtes Series, will debut in the Challenger-bodied car in Round 2 of TA2 this weekend at Morgan Park.

The orange saloon carries the same number (#49) as Formosa’s SuperUte and also branding from the family’s Allgate business.

“We are excited to announce that Allgate Motorsport (formerly Ranger Racing) has purchased a Dodge Challenger to run in the Australian TA2 Racing Muscle Car Series,” read a release from the team.

“It’s something we have been keeping a close eye on for a while now and thought that this is a good time to get involved.”

Formosa rolled on the first lap of the new SuperUtes season in Adelaide and did not turn a wheel thereafter.

The team hopes to have the car racing again in Round 2 at the Pirtek Perth SuperNight in early May having “undergone extensive repairs.”

Aaron Seton heads the TA2 series from George Miedecke ahead of its second round, which starts this Friday.