Rossi 'needs answers’ on the track before deciding future > View 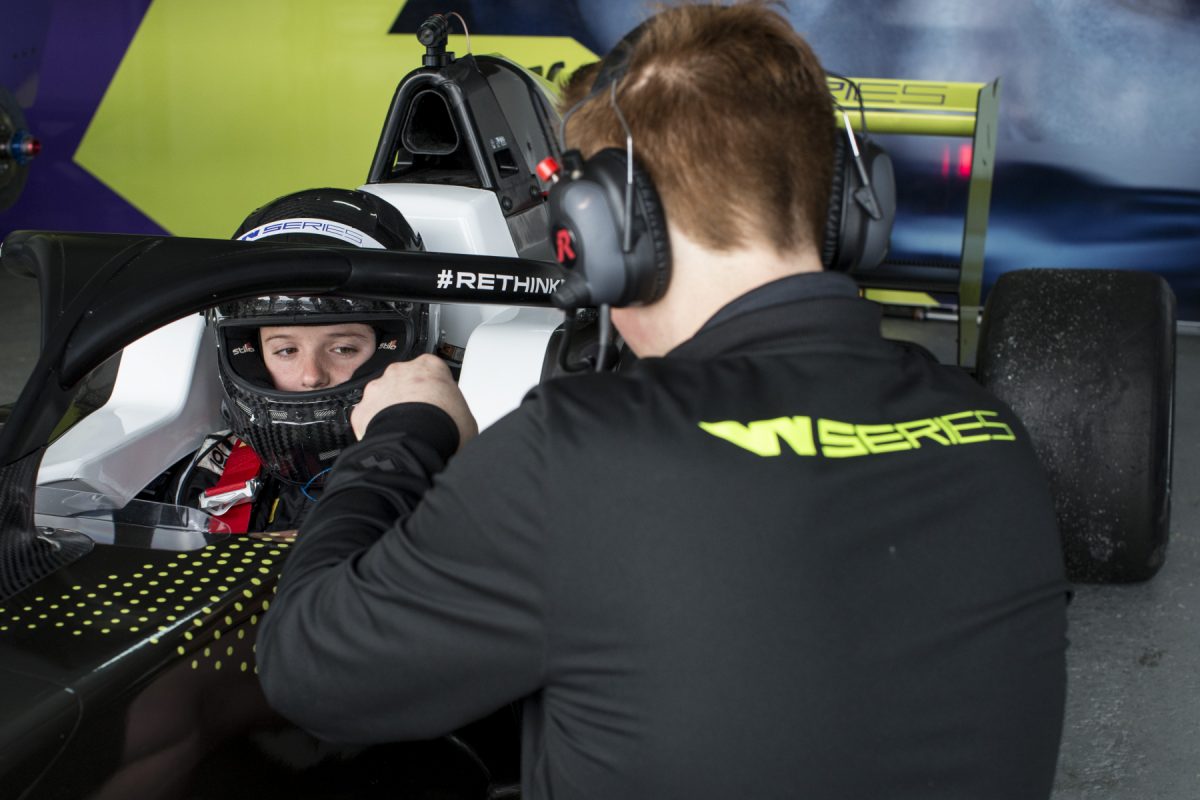 Australian Caitlin Wood has told of how she ‘needed’ to be selected for the new W Series if she was to progress her career as a race car driver.

Wood was one of 18 drivers selected for the all-female open-wheeler series which kicks off its first season in early May, after 54 ladies took part in the initial selection event in Austria two months ago.

While the 22-year-old Maitland product was not the best known of the four Australians who were shortlisted, having been based in and done most of her racing in Europe in recent years, Wood had already won a place in the Blancpain GT arena in 2017 courtesy of her performances in the Reiter Young Stars Cup.

Last year, she raced in Lamborghini Super Trofeo Europe, although she missed one round due to budget and another as a result of breaking her left fibula in a training accident.

The first stage of W Series selection involved a variety of activities at Austria’s Wachauring, both on- and off-track.

Wood reiterated what she had told the series’ judges about how selection was essential to her career aspirations.

“It means a lot,” she told Speedcafe.com when asked what the call-up meant to her.

“Obviously this has been a very consistent question and I guess the best way to explain it – and this is what I said to the judges in my presentation that we had to do in Austria in Melk – is that the biggest thing for me is that I didn’t just want the W Series, I need the W Series.

“I needed it to take that next step in my career so it obviously means the absolute world to me to be able to compete on a world stage with such a high calibre of drivers and pretty much show everyone what I can do.”

The 28 drivers who made the cut for the second and final stage of selection, which involved driving the series’ Formula 3 cars for the first time in a five-day program at Spain’s Circuito de Almeria, were whittled down to 18 plus four reserves.

In announcing the successful drivers, organisers noted that 12 were already locked in before the final day and did not take part in further driving while the rest then fought for the final six slots.

While those dozen were not disclosed at the time, Wood confirmed that she was in fact one of them.

“We had the week in Spain and we arrived at the circuit on Wednesday morning, it was our last day of driving, and they got us all off the bus so we had absolutely no idea because we all thought we were going to be in the car that day,” she recounted.

“So we all got in our racesuits and went into the pit lane and obviously Catherine (Bond Muir, CEO) and David (Coulthard, Advisory Board Chairman) were there and they explained to us that they have decided on a top 12 confidently, and they wanted us to be a part of the championship.

“They called the top 12 out name by name and I was fortunate enough to be in that top 12 so I got through straight away. It was a bit of a surreal feeling and I’m very proud of the way that I drove and handled myself in Spain and so grateful for this opportunity.”

Wood will continue to work as a race driving instructor in the United Kingdom, but will be back in a W Series car when testing takes place at Germany’s Lausitzring on April 14-16.

Round 1 will be held at the Hockenheimring alongside DTM on May 3-5.