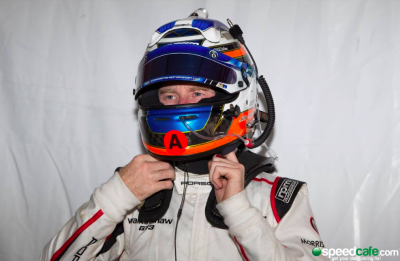 John Martin would be tempted into a move to Super2 if the budget can be sourced following an outing in a Walkinshaw Andretti United Supercar.

Martin cut approximately 40 laps of the Victorian circuit in James Courtney’s Holden ZB Commodore in what was his first run in current specification Supercar.

His only previous outings arrived in an ex-Taz Douglas Super2 car in 2015 and in 2005 when he logged a 20 lap run at Winton in a Tasman Motorsport Holden Commodore.

The 34-year-old, who raced for Walkinshaw’s GT squad for the last three years, is without a drive for 2019 now co-driver Liam Talbot has moved to Porsche Carrera Cup Australia, while a rule change has limited the use of professional drivers in Australian GT.

Martin says the Supercar outing has whetted his appetite for Super2 and a future Pirtek Enduro Cup drive.

A possible Super2 campaign was discussed with Walkinshaw Andretti United last year but is all dependent on funding. 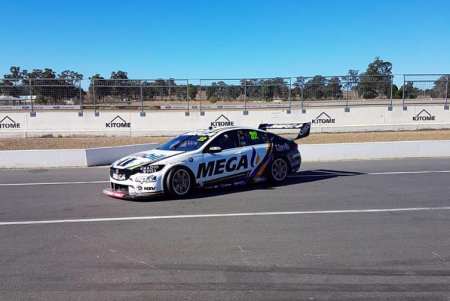 John Martin behind the wheel of the #22 WAU Commodore at Winton pic: John Martin

“I’m interested but it is about securing the funds and sponsorship to do it; it’s the only thing that is stopping it.

“Ultimately I’d like to do the Supercars enduro rounds if there was Super2 stuff to do and money wasn’t a problem then absolutely I would be there.”

As per Supercars evaluation day rules Martin is unable to secure an enduro seat until 2020.

The Queenslander has proven a versatile driver having climbed the single seater ranks from Australian Formula Ford, which he won in 2006, to race in A1GP and Superleague Formula series before their collapse.

A move to LMP2 prototypes courtesy of two campaigns in the FIA World Endurance Championship followed.

However, taming a Supercar is an altogether different challenge according to Martin.

“If you hop out of an open wheeler into a prototype, the weight is the difference,” he added.

“You drive it the same, it feels the same, although the set-up changes are different.

“If you go from that to a GT car it is a bit of a lounge chair, you drive it the same way but when you get into a Supercar everything is different.

“Getting your head around the tyre is the biggest thing.

“I got to try both sets although they were not in the greatest condition, but the biggest thing was trying to find the limit of the braking.

“Throughout the day it was coming together a bit. I got to speak to Scott (Pye) and James (Courtney) so that was good. I got a lot out of it.”