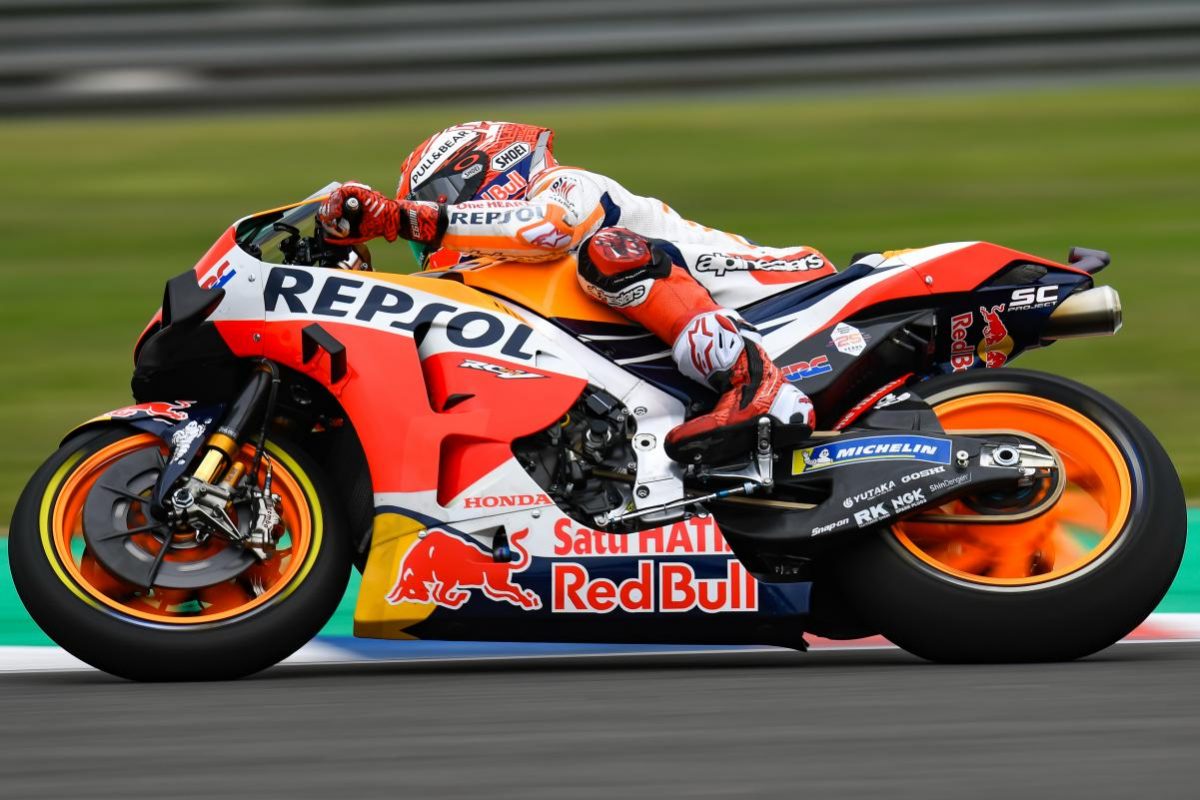 Marc Marquez has seen off a challenge from Maverick Viñales to qualify on pole for the Argentina MotoGP by 0.154s.

They will be joined on the front row by Mission Winnow Ducati’s Andrea Dovizioso while Valentino Rossi makes for two Monster Energy Yamaha entries in the top four.

Marquez sat on top of the timing screen after the first runs with a 1:38.767s before quickly returning to the pits to take up a two-stop strategy.

That did not quite go to plan when the Spaniard had a small moment at Turn 1 on his second run flyer and he pitted again without bothering to complete the lap.

Viñales switched from a hard compound front and soft rear tyre combination to soft-soft for his second run and, having been fifth fastest after the first runs, moved to first position with a 1:38.458s.

Marquez was bundled back several positions as the rest turned up the wick on their second runs before he reclaimed pole position in straightforward fashion with a 1:38.304s.

The world champion used one bike for the session after his other RC213V threw its chain off during Free Practice 4.

“The plan was to try to use three rear tyres, and the plan was another one, but then when we had the problem in FP4 then we were able only to use one bike in quali,” explained Marquez.

“With the second tyre, only I did a mistake at Turn 1 and I knew the time was very close to do another tyre, so I just go in, I cancel the lap, because it was not a good lap, and with the last tyre I felt better and I did the pole.”

Jack Miller will start fifth after a disappointing end to his session.

The Pramac Ducati rider had been as far as 0.404s down on the then-fastest lap during his second run, which should have seen him on the front row and perhaps challenging for pole, but dropped multiple tenths in the final sector.

Danilo Petrucci (Mission Winnow Ducati) completes the top 10 while Jorge Lorenzo lost a position when his fastest time was stripped due to a breach of track limits entering the main straight.