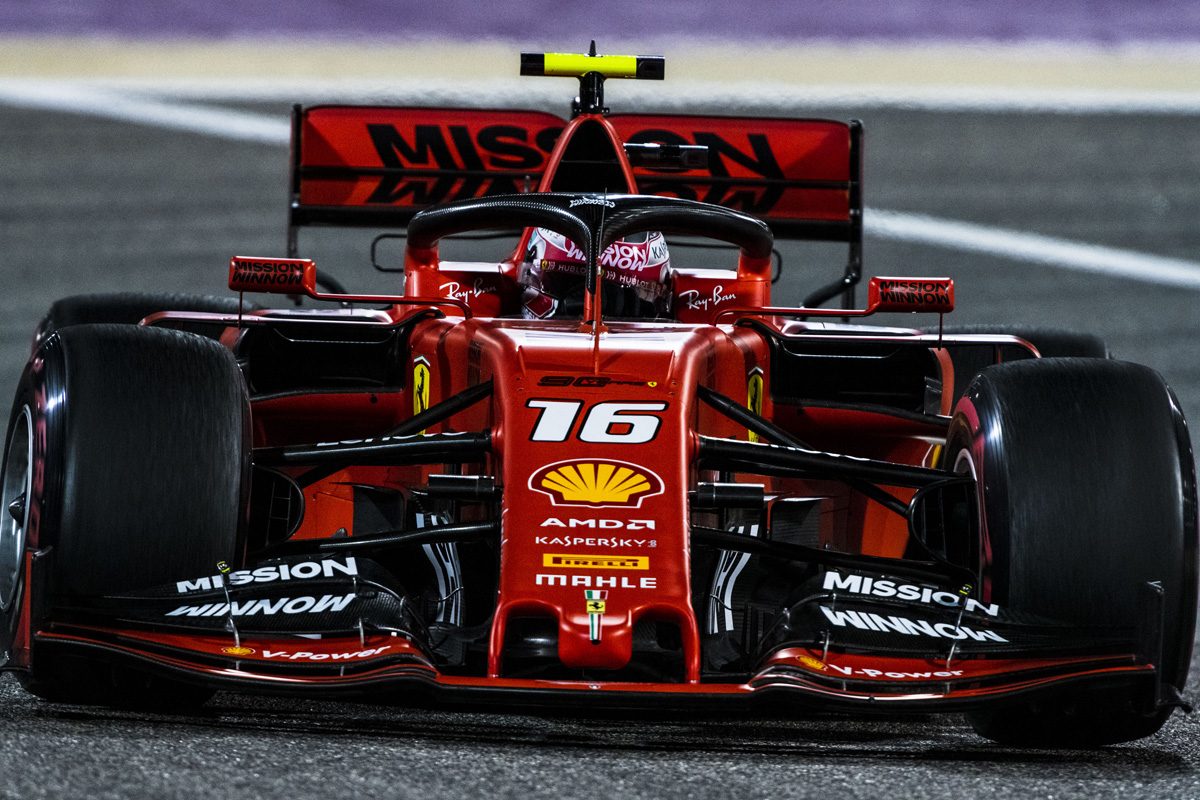 Charles Leclerc has become the second youngest pole sitter in Formula 1 history after setting the fastest lap in qualifying for the Bahrain Grand Prix.

The 21-year-old threw down the gauntlet as Qualifying 3 began, improving his time on his second lap to guarantee his first F1 pole.

With Sebastian Vettel alongside, it was a record equaling 62nd front-row lock out for Ferrari, joining Williams and McLaren on that number.

Mercedes was left with no answer, with Lewis Hamilton third just over 0.3s back from Leclerc and Valtteri Bottas in fourth.

It saw the Australian fall agonizingly short of Kimi Raikkonen’s 1:29.471s, the Alfa Romeo 10th and into the final part of the session and Ricciardo 11th.

Hamilton opened proceedings in Qualifying 3, setting a 1:29.190s only to have it beaten almost immediately by Leclerc who banked a 1:27.958s.

Neither Vettel nor Max Verstappen opted for an early run as qualifying reached its zenith, the pair not enjoying the luxury of more than a single set of tyres for the session.

Vettel joined the circuit with just under three minutes remaining, Ferrari releasing him into acres of clear track.

Behind leaving the lane were Bottas and Verstappen, with Leclerc the last driver back on track with just two minutes remaining.

Hamilton failed to improve to confirm himself in third, ahead of Bottas and Verstappen in fourth before Leclerc improved to set a 1:27.866s to set a new track record

Earlier, Daniil Kvyat accepted his fate and remained in the garage towards the end of Qualifying 2 as the remainder of the field looked to safeguard their positions and scamper through to the final phase.

It saw the Russian demoted to 15th behind Ricciardo, Alex Albon, Pierre Gasly, and Sergio Perez.

Having shown strong pace throughout practice, and tipped to be a threat for the third row of the grid, Nico Hulkenberg was a surprise victim of the first phase of qualifying.

A busy final flurry saw times tumble dramatically, placing Ricciardo in the drop zone for a time before Hulkenberg proved the biggest scalp.

He was joined on the sidelines by Antonio Giovinazzi, who was 16th fastest, Lance Stroll in 18th, and the Williams duo of George Russell and Robert Kubica bringing up the rear.