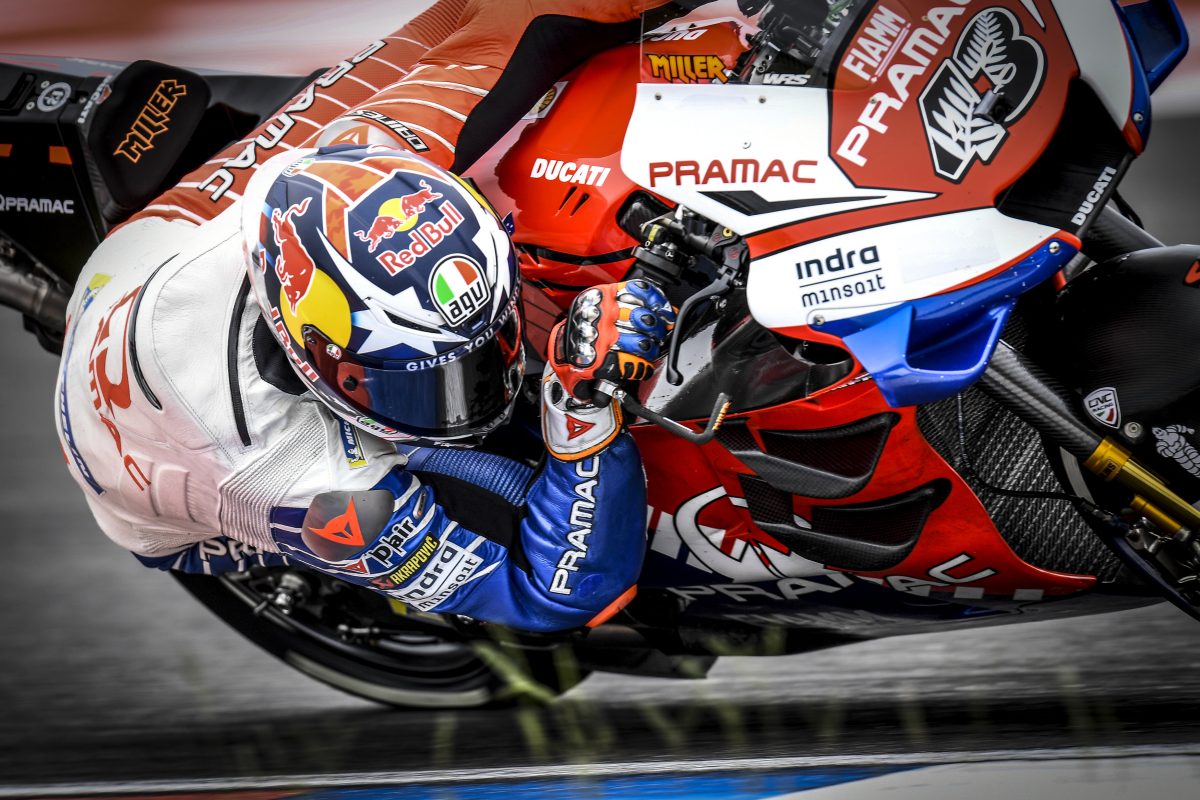 Jack Miller believes that a highside moment, which he managed to catch, cost him a front row start and possibly pole for the Argentina Grand Prix.

The Australian qualified fifth for the second race of the MotoGP season, 0.244s away from pace-setter Marc Marquez, but could have doubled his premier class pole tally at the scene of his first if not for a scare late on his fastest lap.

“I was hoping we could have stuck it on the front row, if not pole, and it was looking that way. I was nearly three and a half tenths under my previous ‘38.6 (fastest practice time).”

Also heartening for Miller was his practice pace, with the Pramac Ducati rider second in each of the first three sessions and believing that he has all but Marquez covered for race pace.

“I think ours is probably the second-best pace,” he declared.

“If you look at the timesheets over the whole weekend, we’ve definitely been consistent, punching out the laps.

“But between myself, Marc and Cal (Crutchlow), Cal’s looking quite strong on pace. His are never really too consistent, but that’s Cal. He throws in three laps then one slow one and then another two or three laps.

“I feel good, but I think those two boys are looking really strong. But you can’t count out Dovi (Andrea Dovizioso), Vale(ntino Rossi). They are all going to be there in the race.

“We just have to do our best and also hope for some good weather.”

Race start at the Autodromo Termas de Rio Hondo is tomorrow at 0500 AEDT.