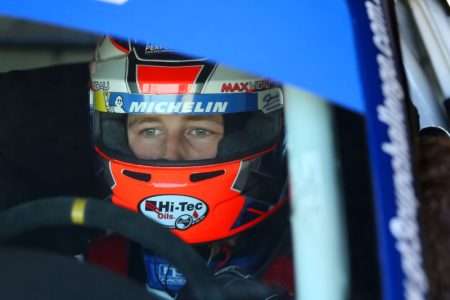 Porsche has announced a list of seven Michelin Juniors who will this year compete in Porsche Michelin GT3 Cup Challenge Australia.

The junior program, which has aided rising stars such as Matt Campbell and Jaxon Evans, was revamped ahead of this year to offer support to a greater number of aspiring racers.

Previously drivers had to be nominated as a Michelin Junior in order to receive benefits in the way of reduced race fees and free tyres.

For this year all drivers who meet the new criteria across either Porsche Payce Carrera Cup Australia or Porsche Michelin GT3 Cup Challenge will be eligible for $300,000 worth of benefits.

For the forthcoming GT3 Cup Challenge campaign, which begins at the Tasmania SuperSprint alongside the Virgin Australia Supercars Championship next weekend, seven drivers will receive assistance.

“We’ve seen the rise of Matt Campbell and Jaxon Evans up the Porsche Motorsport Pyramid into professional international careers and many other young drivers are looking to replicate this proven pathway, starting with a GT3 Cup Challenge campaign.

“We’re very proud of Matt and Jaxon’s successful rise through Porsche’s ranks onto international careers as well as those who are currently climbing the Porsche Motorsport Pyramid, including the likes of Jordan Love and Cooper Murray, who used GT3 Cup Challenge as a development series for their Carrera Cup campaigns.

“Michelin Australia has been a tremendous support for young Porsche drivers in Australia through the Porsche Michelin Junior Programme Australia and it’s pleasing to see such a strong group of drivers as part of this program in 2019.”

On top of the seven drivers supported in GT3 Cup Challenge, a further four are part of the program in Porsche Payce Carrera Cup Australia for a total of 11 supported drivers across the two categories.