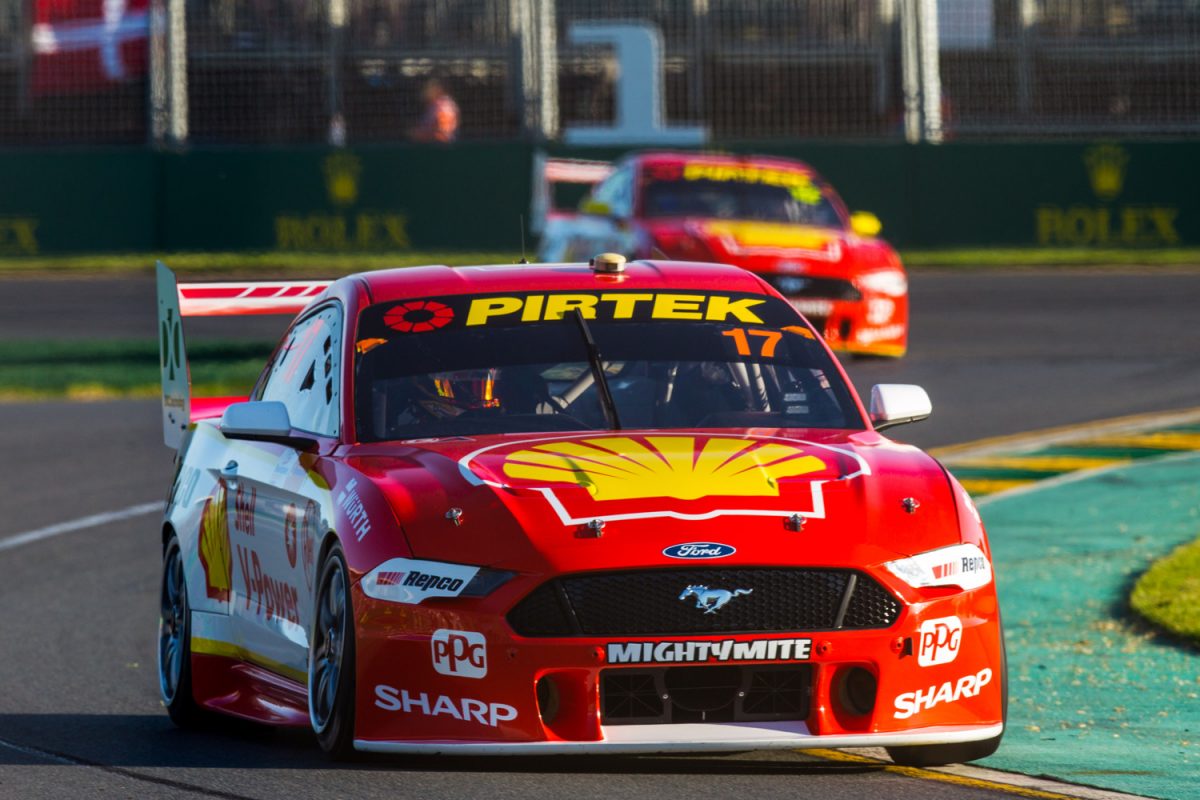 Shell V-Power Racing and Tickford Racing have collectively accepted Supercars’ decision to make a centre of gravity adjustment to the Ford Mustang.

Supercars announced on Wednesday that both the Mustang and the Holden ZB Commodore will undergo a centre of gravity tweak ahead of next weekend’s Tyrepower Tasmania SuperSprint.

The change have arrived following calls from rival teams that the Mustang has a significant centre of gravity advantage which has now been proven following a two-day test carried out by Supercars’ technical team.

It is understood Holden Commodores will have 6.7 kilograms of ballast moved into the roof of the cars with Mustang believed to have as much as 30 kilograms repositioned, while the Nissan Altima is unchanged.

Ford teams have now broken their silence on the decision with both Shell V-Power Racing and Tickford issuing statements to the media.

Shell V-Power Racing has stated that it will be in ‘complete compliance’ with the ruling while revealing that is has proposed an alternative process to Supercars for providing centre of gravity parity.

“After the Beaurepaires Melbourne 400, the Supercars technical department, within their remit, conducted a Centre of Gravity (CoG) test on 10 cars,” read a statement from Shell V-Power Racing.

“Following this test, the technical department identified an imbalance, and a rule was then drafted to address and provide for CoG parity. This rule was subsequently passed by the Supercars commission and ratified by the Supercars board, which saw an adjustment made to the Mustang and ZB in the interests of technical parity.

“We accept this decision and will be in complete compliance with the rule in time for Tasmania, which is our immediate focus at the present time.

“Last week we proposed that an alternative process be formalised to determine the CoG of the three individual body shapes within the series and have committed to submitting a proposal on how this could be achieved, which is in line with a similar proposal we put forward last year. Under this proposal, all parts, panels and components as homologated under each car’s VSD (vehicle specification document) would be collectively balanced under the principle of technical parity.

“We are committed to working with Supercars and the other teams on this submission. This approach would result in a more accurate implementation of a CoG rule and would still allow all teams to then make their own decisions in the composition and make up of their race cars beyond the paritised homologations of the three makes, which is in the spirit of the series.

“We are proud of the Mustang that we have developed in conjunction with Tickford, Ford and Ford Performance, and stand by its capability.”

Meanwhile, Tickford Racing admitted it is ‘not thrilled’ with the decision but will adopt the prescribed changes.

“Tickford Racing is proud of the efforts and cooperation between its team, fellow Ford team DJR-Team Penske, Ford Australia, and Ford Performance in the development of the Ford Mustang Supercar. The work done by all parties has resulted in a highly successful race car which complies with the explicit homologation regulations provided by Supercars for the sake of competition,” read a statement from Tickford Racing.

“While we are not thrilled with the situation that has arisen this week, we accept Supercars’ decision and are working with Supercars and DJR-Team Penske to make the necessary technical modifications to our cars. The rules are the rules. We have won races and a championship abiding by Supercars’ direction, and our goals remain unchanged as we pursue more wins and championships no matter how the rulebook reads.

“Supercars continues to be one of the most competitive forms of motorsport on the planet. As one of the most successful teams in the history of this championship, we relish the opportunity to compete in such an environment, and look forward to continuing that battle in Tasmania.”