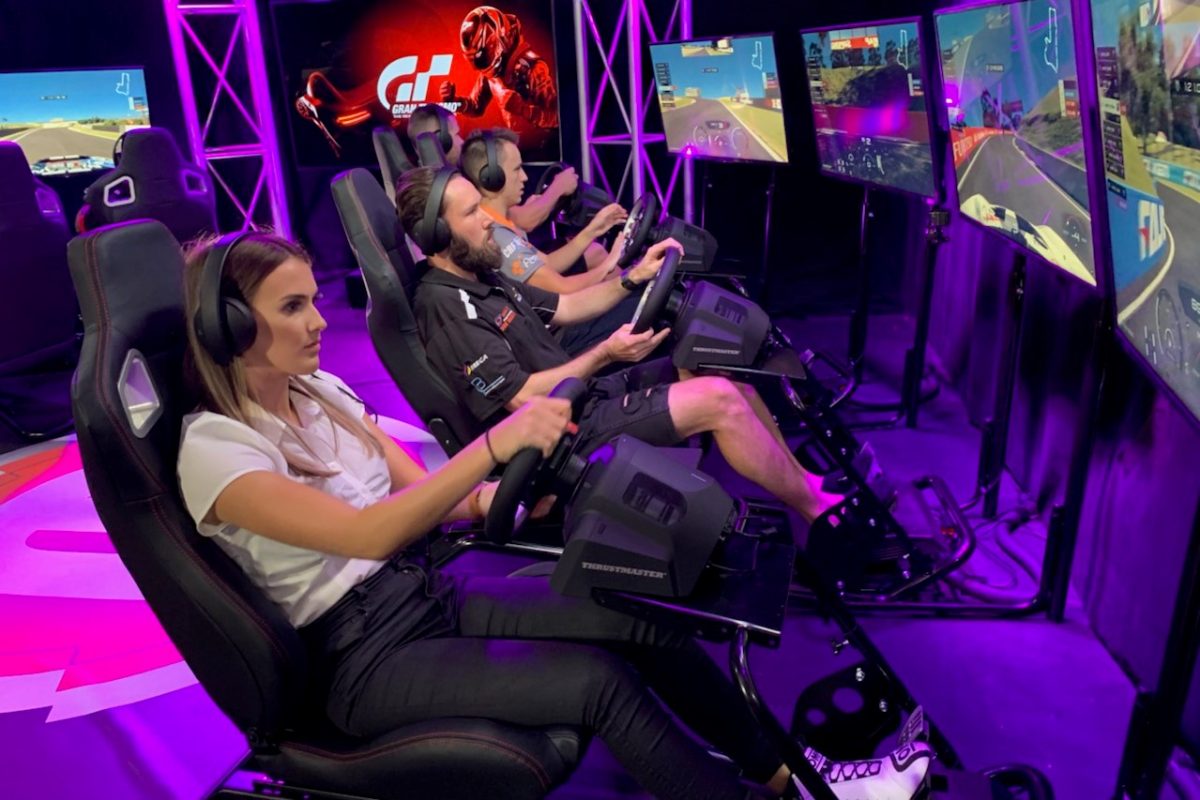 Chelsea Angelo in the Speedweek eSeries

Chelsea Angelo believes that a televised eSports competition is an opportunity for her to garner publicity as she engages in talks over a possible TCR program for 2019.

Angelo is one of four race car drivers to take part in the second series of the Speedweek eSeries, a televised simulator racing competition which is set to air as part of SBS’s Sunday afternoon Speedweek program in coming weeks.

The show pitches the drivers against each other and four gamers at a series of circuits around the world on Sony PlayStations and the Gran Turismo platform with the first season including Matt Simmons, who went from postal worker to the Blancpain GT Series after winning in the Nissan GT Academy, among the gaming contingent.

While there is understood to be no such direct pathway in the Speedweek eSeries, Angelo, who has struggled for budget for much of her time on the national motorsport scene and recently missed out on a coveted place in the W Series, sees it as an opportunity to boost her profile.

“The guys that run the eSports online competition with SBS and Speedweek reached out to me and asked me if I wanted to be part of their second season because Season 1 was obviously a success,” Angelo told Speedcafe.com.

“The main reason, I guess, as to why we did it is because it’s a cool opportunity but it also helps us get that publicity and that exposure out in that sort of world.

“It’s pretty cool. There are lots of camera crews here, getting snapshots and doing post-race interviews, so it’s pretty much like I’m at a real race track during a race weekend, but it’s online sim stuff.”

Now 22-years-old, Angelo scratched together six rounds of the Dunlop Super2 Series in 2016 across two separate teams, but was sidelined from racing the following season.

Last year, she contested Porsche Michelin GT3 Cup Challenge with Wall Racing, finishing the season in fifth position, but an increase in costs has seen her search for another series for 2019.

The Melburnian revealed that she has been in talks with TCR teams about a drive in the inaugural Australian series, which kicks off in May.

Angelo specifically identified Garry Rogers Motorsport, which still has two Renaults and an Alfa Romeo to fill, as one of those teams due to its involvement in Supercars, running two cars in each of the Virgin Australia Supercars Championship and Super2.

“We’re talking to a couple of teams within the TCR industry,” she explained.

“We would love to continue with Porsches and it’s not that we don’t see the value in it but cost this year has gone quite up a fair bit with GT3 and Carrera Cup, hence the reason why we’ve gone more towards TCR.

“I know a few people that actually run the TCR series and I’ve spoken to Garry Rogers himself because he’s got the Renaults and Alfa Romeos, so he’s got four cars.

“He’s currently looking for drivers so my manager and I have been down to his factory and we’ve had a chat with him about possible opportunities but nothing’s locked in. We’re just still at the stage of sending out proposals to certain sponsors.

“I know David Wall’s got a couple of Hondas in his team as well but the reason why we approached Garry is because he’s obviously got that Supercar link to it as well, so it’s definitely a benefit in our hands if we were able to go with a great team like that.”

GRM will field the only currently announced driver for the series, Jimmy Vernon, in an Alfa Romeo, although Super2 race winner Alex Rullo has also signalled his interest in the series.

The series will air in four episodes on Speedweek on April 7, 14, 21, and May 12, with further details are set to be confirmed closer to those dates.

TCR Australia Round 1 is scheduled for May 15-17 at Sydney Motorsport Park’s Shannons Nationals round.