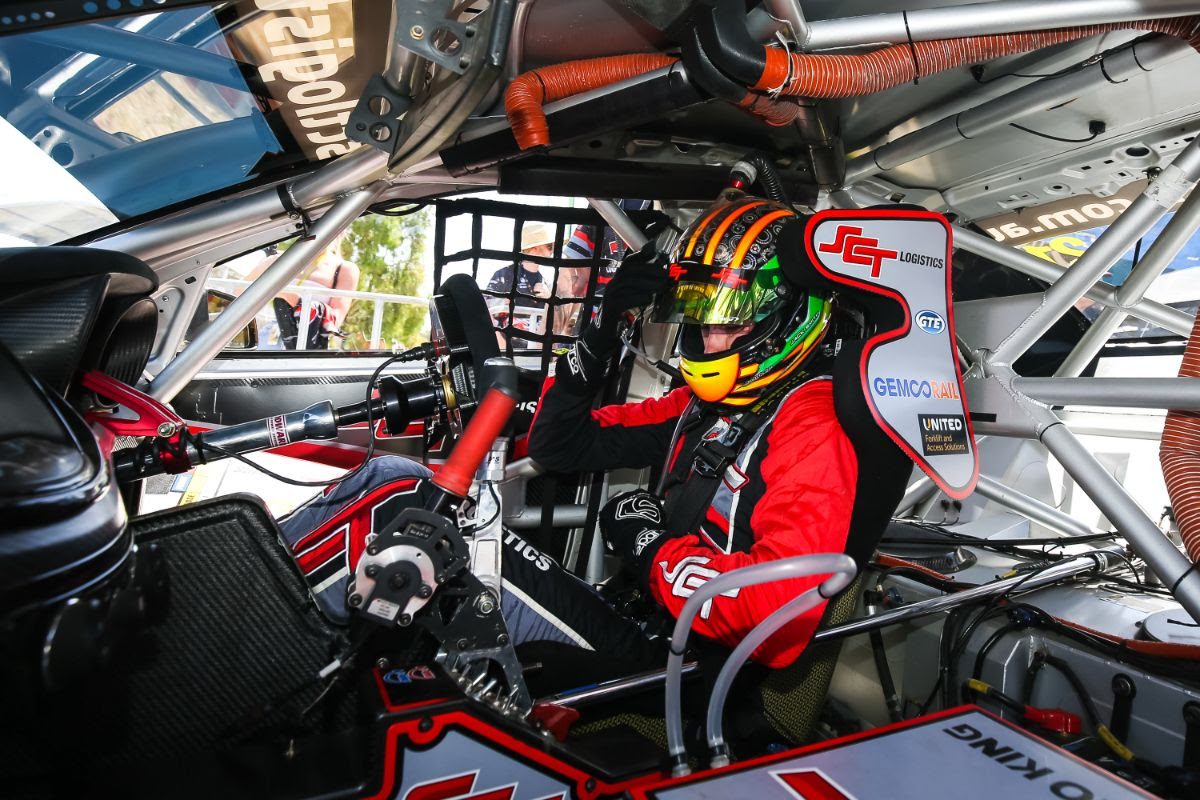 Jack Smith says that he ‘hadn’t enjoyed a test day like that in a while’ after a first outing in a ZB Commodore ahead of his Symmons Plains wildcard start.

Smith, who normally races with Brad Jones Racing in the Dunlop Super2 Series and previously Kumho Tyre Super3 Series, will make his Virgin Australia Supercars Championship debut as a fourth entry out of the Albury team next week.

He tested the ZB Commodore which he will race at Winton yesterday and said it was a productive outing.

“The day was good. We felt like we had reasonable pace for the day and just got used to the ZB and I really enjoyed it; haven’t enjoyed a test day like that in a while,” Smith told Speedcafe.com.

“The development that we found throughout the day was quite positive. We made some gains and everything we kind of wanted to do, we did.”

Smith, who nominated aerodynamics as the main difference between the VF he drives in Super2 and the ZB, nevertheless said that he wasn’t any more confident after the test, but was content with his outlook.

“Not really,” he responded.

“We like to take confidence where we can get it but we’re still pretty level-headed about where we want to be and what we want to do, but we’re confident and happy with where we are.”

The test and wildcard weekend comes off the back of another bruising event for Brad Jones Racing, which has had to rebuild another car after Macauley Jones’ tangle with Garry Jacobson that saw the CoolDrive entry fired into the wall at Albert Park.

“I have to thank all the guys at BJR that got the car ready because it was a pretty big effort to get it all done after what happened at the grand prix and everything that needed sorting,” added Smith.