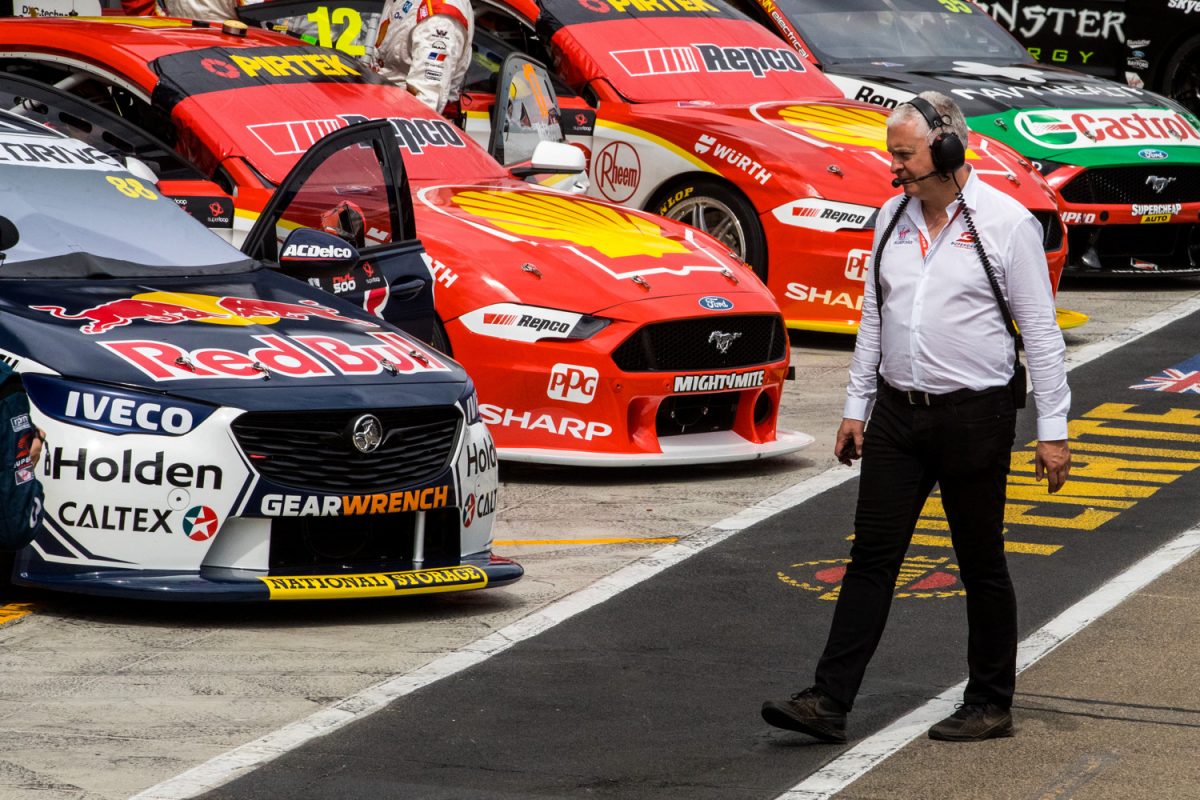 Supercars has ratified centre of gravity tweaks to both the Ford Mustang and Holden Commodore ahead of next week’s Tyrepower Tasmania SuperSprint.

As previously reported, changes to the centre of gravity for both models had been expected following the results of Supercars’ CoG test that saw 10 cars assessed at Kelly Racing last week.

The test was triggered by claims from rival teams that the Mustang holds a significant CoG and aero advantage over the Commodore and Nissan Altima Supercars following its impressive championship debut.

Having analysed data collected since Adelaide, Supercars has advised Ford and Holden teams of the changes to the cars which have now been formally approved by the Supercars Commission which met today.

The Nissan Altima will remain unchanged.

“The success of Supercars is built on the closeness and spirit of competition. Like the ZB before it, the Mustang has advanced build techniques and technology,” said Supercars CEO Sean Seamer.

“All three homologated vehicles have been built within the rules.

“The Supercars Championship is underpinned by technical parity. That is, the sport seeks to minimise any technical differences between models of vehicle in the spirit of equitable competition.

“I compliment the manufacturers, homologating teams and the Commission for their positive approach to supporting technical parity across all models.”

Speedcafe.com understands that it will take approximately a day to make the centre of gravity amendments which will see ballast moved to the roofline of the cars.

The process has been undertaken while Supercars operates without rules regarding centre of gravity.

Changes to the cars arrive just over a year after Supercars went through a similar parity debate surrounding the Holden ZB Commodore.

The category elected to allow Ford and Nissan teams the opportunity to manufacture composite rooves, bonnets, and boot lids after the ZB Commodore debuted with lighter panels.

Supercars has released a lengthy statement (below) clarifying the processes which it has undertaken to arrive at a decision to make changes to centre of gravity to the models for Tasmania.

The Supercars Championship is underpinned by technical parity. That is, the sport seeks to minimise any technical differences between models of vehicle in the spirit of equitable competition.

Supercars does not pursue sporting parity, which seeks the equalisation of the abilities of participating drivers and or teams.

It is important to note the constitution of Supercars includes the premise that incoming models must meet the incumbents. The purpose of this is to ensure those new models do not unduly increase the costs for current teams in pursuit of technical parity.

It is this principle which has been the cornerstone of Supercars’ success, producing the world’s best door to door racing with cars competing within tenths of a second.

Because of this, Supercars as a Series, and the teams that compete within it, must use best endeavours to manage and uphold technical parity as much as is reasonably possible.

Each year construction methods and materials used in the development of Supercars moves on. Every new car, logically, brings a series of developments and changes. With those changes, which are within the rules, technical variances between models can occur.

On presentation of the Mustang at Adelaide, the Supercars technical department recorded a significant increase in ballast as compared to the previous model, the Ford Falcon.

To ensure competing teams did not have a technical advantage, the technical department, on instruction of the Commission, conducted centre of gravity testing on the 18th and 19th of March in Melbourne.

The same and equal change is being made to all models. That is to say, there is no change in relative performance between teams using the same model of vehicle, only a redressing of the technical differences between the models in accordance with Supercars’ constitution.

The proposal has been approved by the Supercars Commission and the changes will be implemented for Tasmania.