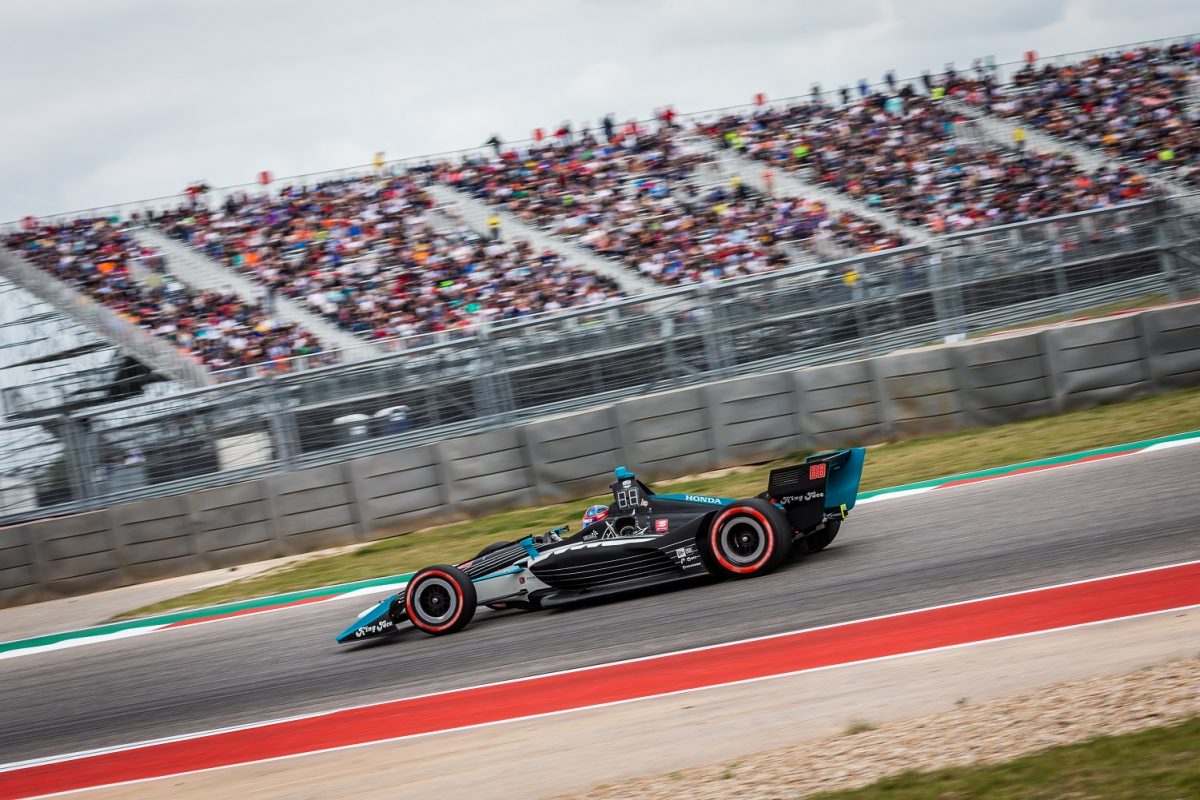 Will Power led every lap of the IndyCar Classic at the Circuit of the Americas until he was trapped by a Caution which saw Colton Herta ultimately take victory.

Power led each of the first 45 laps of the 60-lap second race of the season while Alexander Rossi sat second, a position he had held for much of the afternoon to that point, when they were caught out by a Caution.

While Herta took the opportunity presented to him to become the youngest race winner in IndyCar history, Power’s day became a complete disaster when his #12 Team Penske Chevrolet broke a driveshaft as he tried to exit his pit box.

The Queenslander was classified last in the 24-car field, as the #88 Harding Steinbrenner Racing Honda of Herta headed home Josef Newgarden in the #2 Team Penske Chevrolet and Ryan Hunter-Reay in the #28 Andretti Autosport Honda.

Power started from pole and saw off a challenge from Rossi at Turn 1 on Lap 3, while Herta ran third having nicked the spot from Ryan Hunter-Reay at the start.

Scott Dixon looked like he had jumped each of the latter two but slotted the #9 Chip Ganassi Racing Honda into fifth for the first run through the slalom.

There was a change for second position when Herta sliced past the #27 Andretti Autosport Honda as Rossi exited pit lane at the start of Lap 14.

The rookie had taken his first stop a lap earlier than Power, Rossi, and Dixon, and needed to make the move given he was on black tyres and Rossi on reds.

Rossi regained the position on Lap 22 when he used push-to-pass down the back straight before the front-runners started pitting again from Lap 26.

The top three remained the same, although Power enjoyed a margin of a few seconds as he ran on used red tyres whereas Rossi, on blacks, was under pressure from Herta, on reds.

Rossi started to close on Power while Herta’s tyres deteriorated before he came into the lane a final time on Lap 43.

A Caution was called next lap as a result of James Hinchcliffe (#5 Schmidt Peterson Honda) turning Felix Rosenqvist (#10 Chip Ganassi Racing Honda) into the inside fence between Turns 19 and 20, which saw Herta inherit the lead as Power, Rossi, and Dixon had to wait and then pit.

Rossi and Dixon resumed 14th and 15th respectively while Power was done due to a driveshaft failure.

Newgarden, who had been fourth prior to the pit stop cycle, sat second for the restart but found himself having to look back to Hunter-Reay in the final stages.

Herta took the chequered flag 2.7s up on the field while half a second separated the minor placings.

Rossi and Dixon had a brief battle for position before the former clawed his way back to ninth position, with Jack Harvey (#60 Meyer Shank w/ SPM Honda) 10th.

Dixon, who had been set back when he got stuck in traffic in his second stint, finished only 13th.

Marcus Ericsson was 15th having been sent to the back for the restart due to an unsafe pit release for the #7 Schmidt Peterson Honda.

He is second to Newgarden in the standings by 18 points ahead of Round 3 at Barber Motorsports Park on April 5-7 (local time).

Race results: Circuit of the Americas