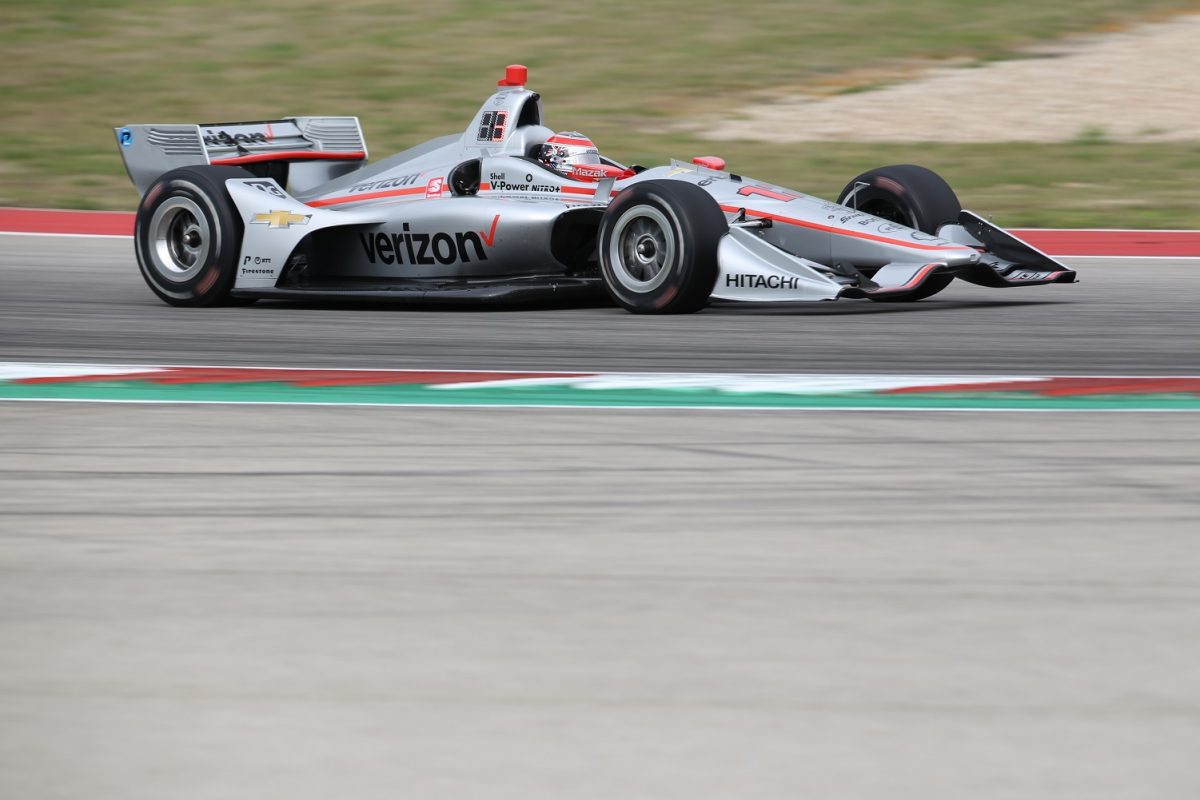 Will Power is two poles from two to start the 2019 IndyCar Series after knocking off Alexander Rossi with a late lap at the Circuit of the Americas.

Power was first out in the Fast 6 and went for two runs in the #12 Team Penske Chevrolet, with a 1:46.0177s on his latter effort good enough.

The Queenslander had sat third when the chequered flag came out in the slightly longer eight-minute session having kicked up the dirt on his first flyer.

“I thought our only chance for the pole was one lap of fuel and do a lap; and then next set, one lap of fuel, do a lap, so I said, ‘Just send, see what we’ve got,’” said Power.

“That last lap was very neat and I finally breathed by the time I got to the start/finish line, so super job by the Verizon guys and Chevy with the engine, to be P1, the only Chevy in the Fast 6, so great job by the whole team.

Rossi’s personal best in the #27 Andretti Autosport Honda was 0.1584s slower, while his team-mate Ryan Hunter-Reay (#28 Honda) moved himself up a spot when he bettered Colton Herta (#88 Harding Steinbrenner Honda) right at the end.

Row 3 will be the Chip Ganassi Racing cars of Felix Rosenqvist (#10 Honda) and Scott Dixon (#9 Honda).

The year’s first-up race winner, Josef Newgarden, qualified seventh in the #2 Team Penske Chevrolet having been knocked out of the top six by Dixon late in the second stanza.

The two Schmidt Peterson entries of James Hinchcliffe (#5 Honda) and Marcus Ericsson (#7 Honda) ended up on the eighth row, while Simon Pagenaud (#22 Team Penske Chevrolet) was caught out by a red flag and will file up in 22nd.

That stoppage was caused by a spinning Tony Kanaan (#14 AJ Foyt Chevrolet), who brings up the very rear of the 24-car field as a result.

Starting grid: Circuit of the Americas