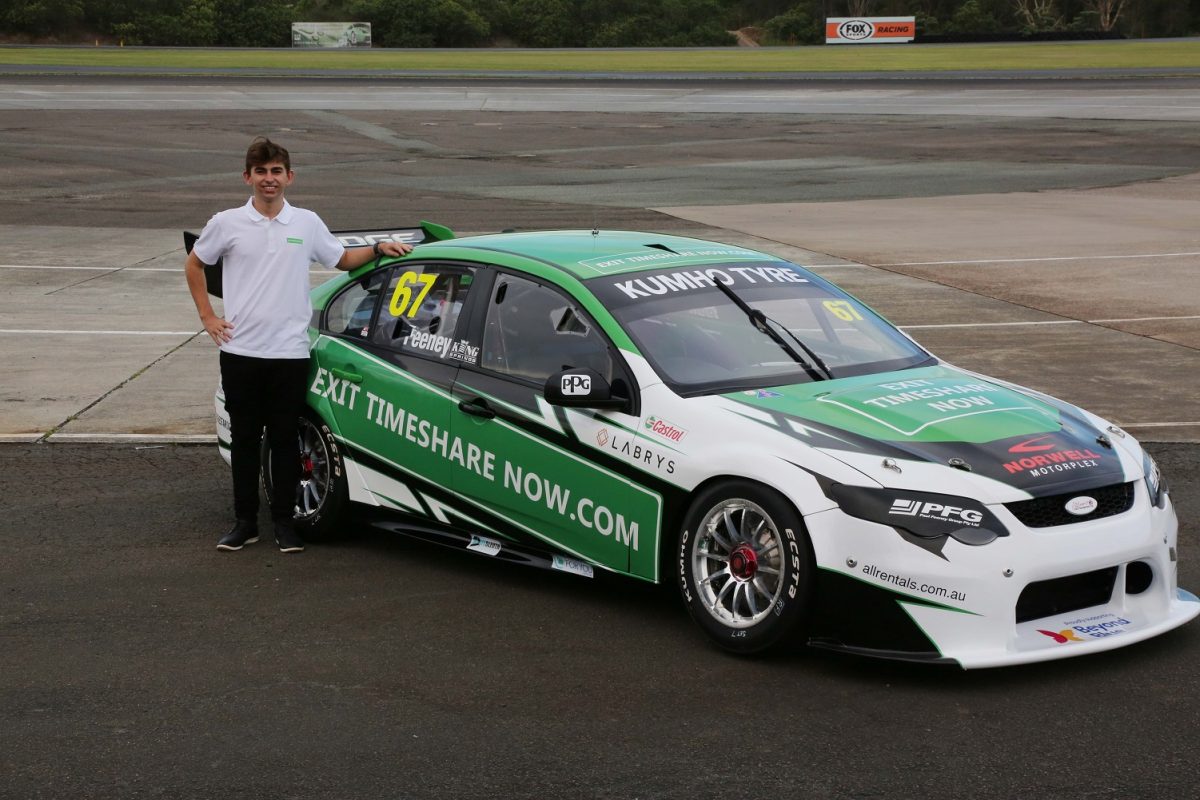 Teenager Broc Feeney has unveiled the Paul Morris Motorsport Falcon which he will race in this year’s Kumho Tyre Super3 Series.

The national karting champion has moved up from the Toyota 86 Racing Series for what will be his second year of car racing.

The PMM FG Falcon, which Anton De Pasquale raced in the Dunlop Super2 Series in 2016 and for a round of Super3 in 2017, will be backed by timeshare consultancy business Exit Timeshare Now.

“We’ve completed a successful test session at Queensland Raceway and will test at Phillip Island before the first race down there.

“The Kumho Tyre Super3 Supercars Series this year is looking very strong with a number of drivers I’ve raced against or watched in karts over many years making the graduation, so it is going to be on one hand like old times and on the other hand, a big challenge.

“I’ve been working on my race car as part of my TAFE Queensland Schools-based Apprenticeship and learning the ropes from Paul and his team, along with gaining so much experience from the Paul Morris Racing Academy.

“The team is looking forward to getting on-track. The car is looking mint and the engines are fresh and ready to go, so from my point of view the elements are there with great support from Exit Timeshare Now and Paul Morris Motorsports.”

Feeney is part of an influx of young drivers in this year’s Super3 Series, which starts at the WD-40 Phillip Island SuperSprint on April 12-14.