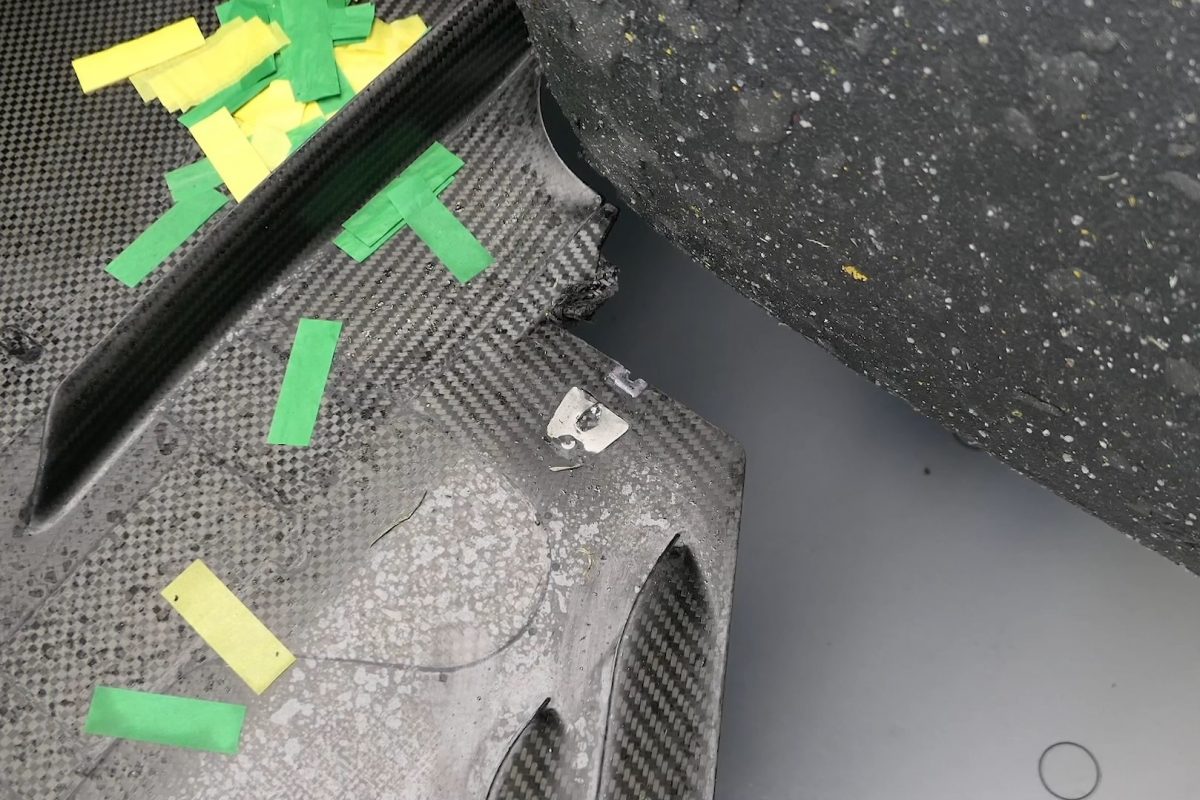 Mercedes believes that the damage to Lewis Hamilton’s floor in the Formula 1 Rolex Australian Grand Prix was in fact caused by running over a kerb.

Debris had initially been suspected as the cause of a loss of a piece of the floor just in front of Car #44’s left-rear tyre, which Hamilton suspected had happened around Lap 4.

The world champion could not keep up with team-mate Valtteri Bottas and eventually finished in second place by more than 20 seconds to the Finn.

“On inspection of Lewis’ car after the race, we noticed some damage over what we call the tyre seal area,” recounted Vowles.

“If you look at this image (of the floor), you will see the broken carbon just in front of that rear tyre on that floor region.

“That area is quite sensitive aerodynamically, it’s both for downforce and also for balance of the car.

“We believe we sustained it during the course of the race while riding over some of the kerbs.”

Vowles gave credit to Hamilton’s efforts to bring the car home in second position given the imbalance caused by the floor damage, as well as his long second stint on medium compound tyres.

“Lewis already had a very long stint on that medium tyre after covering off the threat of (Sebastian) Vettel’s undercut, so he was already having to manage those tyres quite significantly, hindering his progress through the race and really had to look after that,” he added.

“But, furthermore, that floor damage wouldn’t have helped, it would’ve caused the rear to be more unstable than it normally would be, and he did a fantastic job bringing that car to the end of the race.”

Bottas’ victory, his first since the final race of 2017, came after he qualified on the front row of the grid and jumped Hamilton when the lights went out.

He also took the bonus point for the fastest lap after a challenge from Red Bull Racing’s Max Verstappen in particular.

Despite the commentary around Hamilton’s floor, Vowles hailed Bottas’ performance as an excellent showing in its own right.

“Valtteri was on it all weekend,” he observed.

“You would’ve seen in qualifying he was there in contention for pole position and it was Lewis’ fantastic last lap that really put him ahead.

“Come the race, again his start was perfect, he was able to take the lead of the race and from then, he just lap after lap just pulled a small margin relative to the others behind.”