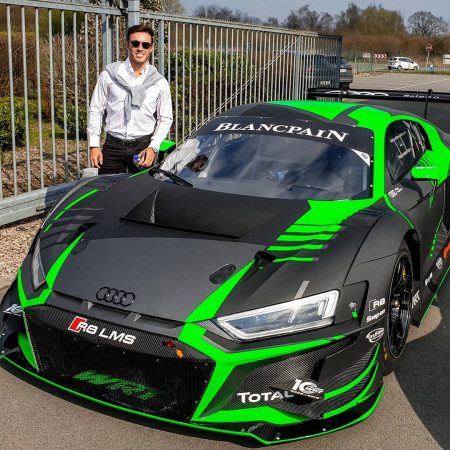 Former Supercars driver Shae Davies will tackle both the European sprint and endurance championships in the Blancpain GT series with Team WRT this year.

Davies has spent the past four years in Super2, interspersed with a stint at Erebus Motorsport in 2016, but also raced in Blancpain GT Series Asia with Craft-Bamboo Racing in 2018.

The move to WRT, which won the 2018 Liqui-Moly Bathurst 12 Hour, puts the 29-year-old in an Audi R8 LMS EVO for both the Blancpain GT World Challenge Europe (nee: Sprint Cup) and Blancpain GT Series Endurance Cup.

Davies will drive Car #17 in the Silver Cup class of both series, sharing with British teen Tom Gamble in the former, and with Alex MacDowall and Paul Petit in the latter.

The Queenslander will base himself in Belgium as part of the program.

“I’ll be laying down some roots here for the next little while and moving to Belgium for the season.

“Big thanks to WRT putting their faith in me and all my sponsors for making this possible. It will be a special year!”

WRT’s other pairings for World Challenge are Dries Vanthoor and Ezequiel Perez Companc in Car #1, Chris Mies and Charles Weerts in Car #2, and Oscar Tunjo and Rik Breukers in Car #10 in Silver Cup.

Vanthoor, Perez Companc, and Alex Riberas have been named in their sole Endurance Cup Pro class entry, while there will be a second Silver Cup class car for Breukers, Weerts, and Ricardo Sanchez.