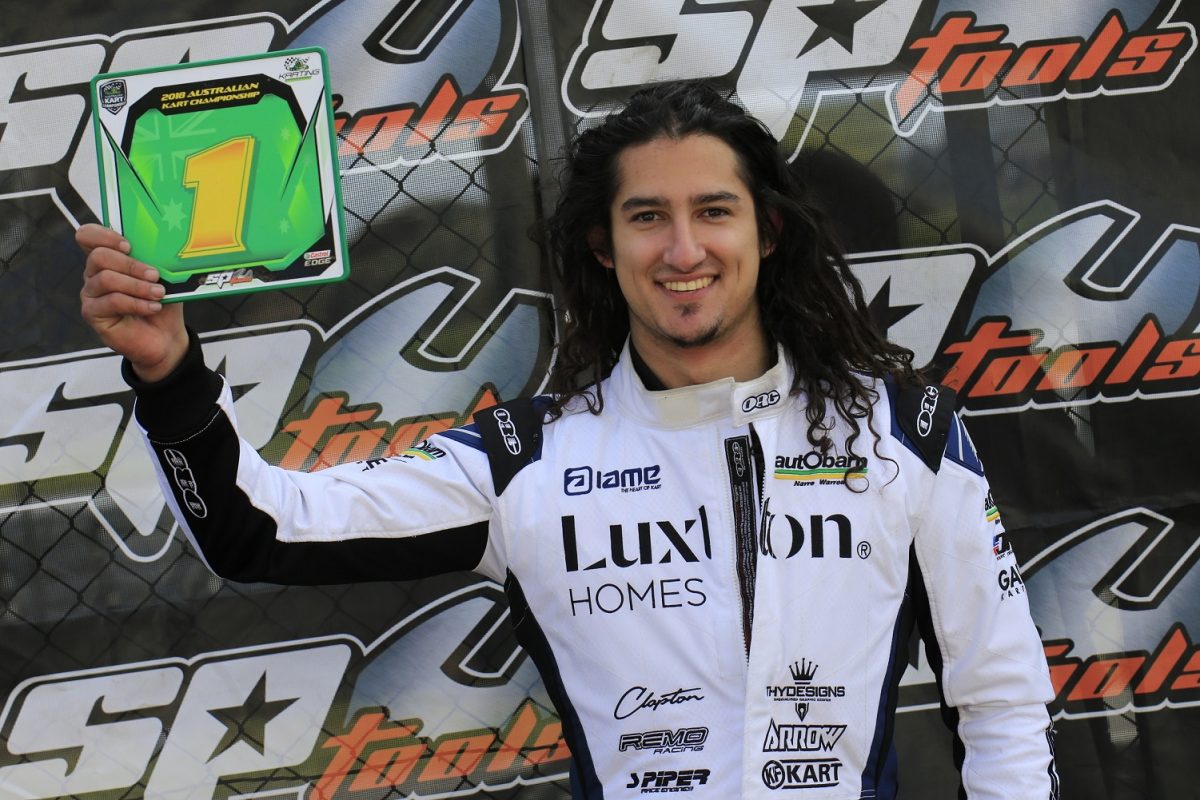 McLean will line up in one of Image’s two ex-Stone Brothers Racing Falcons, namely the FG05 chassis raced by Tim Slade in 2012, in his first season in car racing.

A two-time KA3 Senior champion in the Australian Kart Championship, he first drove a Supercar at Winton in an evaluation day early last month and impressed team owner Terry Wyhoon.

“We thought we would give Matt a run in one of the Falcons at our first Super2 test day, to see how he adapted,” said Wyhoon.

“Whilst the day was primarily for our Super2 program, Matt soon got our attention with how quickly he had settled in to the Supercar.

“He did a great job and had great car control, given the tyres we sent him out on.

“We have been watching Matt’s progress in karting and the results speak for themselves.”

McLean spoke of the new alliance between Image and Erebus Motorsport, which will see staff from the latter placed in the Super2/Super3 operation as part of the Erebus Academy.

This year is also the first of Super3 branding for what had come to be recognised as an unofficial third tier of the category.

“I’m very thankful for the opportunity and support Image Racing and Erebus are giving me, they’re helping me turn my dream into a reality and I’ll forever be grateful for that,” said the 22-year-old.

“It’s fantastic what (category manager) Liam Curkpatrick has managed to establish with the series now becoming the official third tier of the Virgin Australia Supercars Championship, especially with the exposure we’ll receive through Foxtel and Channel 10. I see this as the perfect avenue for anyone pursuing a career in Supercars.

“I understand that having no prior experience in race cars will see this being a very big step for me with a lot to learn, but I’ve got the right people and equipment behind me to ensure that we can have a good result.

“Terry, Dana and the team at Image Racing have done an incredible job at welcoming me into the team and making me feel a part of the family, and I think its things like this that will sit hand-in-hand with my development as a driver.”

McLean, who has also been a product development driver for Arrow Karts, will not be the only driver fresh out of karting on the Super3 grid this season.

Other up-and-comers set to compete in Super3 this year include Hamish Ribarits and Nic Carroll, who join 2018 series runner-up Zak Best at MW Motorsport; and Broc Feeney at Paul Morris Motorsport.

Talent search winner Matt Powers will also be cutting his teeth in the series.