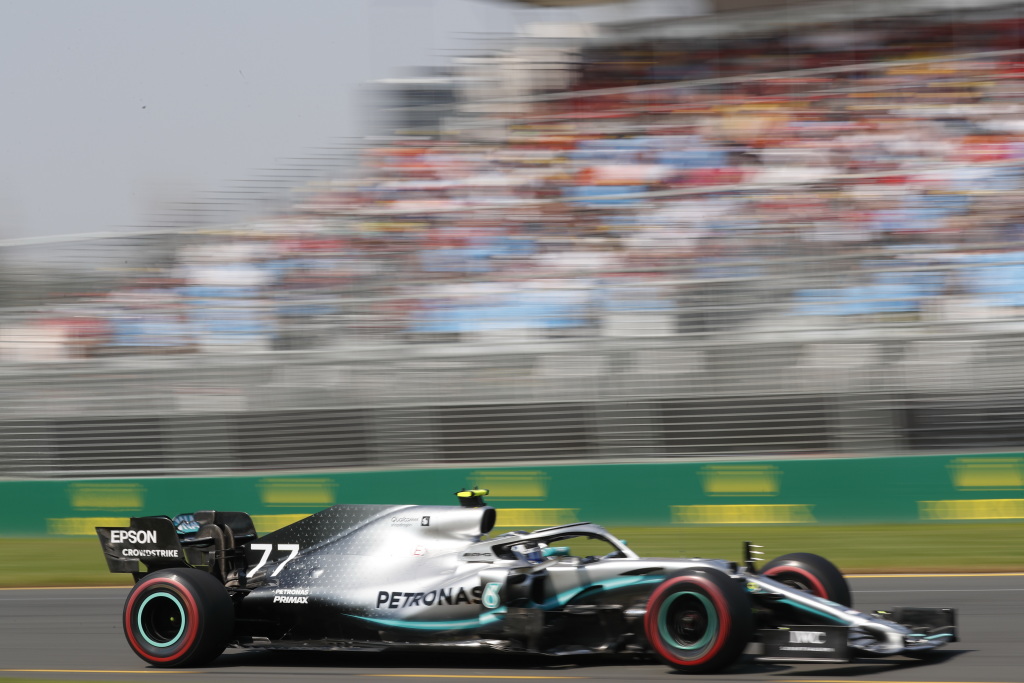 Formula 1 managing director of motorsport Ross Brawn believes that the return of a fastest lap bonus point proved its worth in the Rolex Australian Grand Prix.

The practice of rewarding the fastest lap with an extra championship point, for driver and constructor, was a late addition to this year’s sporting regulations.

In a somewhat uneventful season-opener, the battle for that point became the key point of intrigue as the race wore on.

Bottas held the fastest lap for the majority of the 58-lapper but faced a challenge for the bonus from the men who would join him on the podium, namely Mercedes team-mate Lewis Hamilton and Red Bull Racing’s Max Verstappen.

Showing how hard they were pushing at the end, each of the three set their personal bests on Lap 57, and fifth position finisher Charles Leclerc on Lap 58.

“In Melbourne, we got a first chance to experience the effects of the various changes introduced this year in terms of the technical and sporting regulations,” wrote Brawn in his column on the official F1 website.

“The return to awarding a point to the driver and team who set the race fastest lap livened up the closing stages of the race, as Verstappen tried to nudge out Bottas, who had his hands on that particular prize.

“That was exactly what we and the FIA had in mind when it came up with the idea.”

Brawn also gave his thoughts on the effect of the new aerodynamic regulations, which necessitated modifications to front and rear wings, including a greater DRS opening, and bargeboards.

Drivers claimed that the rules had little impact on overtaking, even if following a car may have been easier.

Brawn, however, was heartened by the progress which he saw at a circuit not renowned for passing.

“Judging by the number of passing moves in the race – 14 this year (six without DRS) compared to three in 2018 – the initial signs are encouraging, especially as apart from the actual overtakes, we saw some thrilling battles,” he observed.

“Clearly those weren’t all down to the new aerodynamics, as the performance of the midfield teams especially has closed up dramatically.

“However, several drivers said the cars felt more neutral when following another when compared to previous years.

“The Australian track isn’t the most accurate test, so I’d prefer to wait for at least another three races before drawing any conclusions. However, the initial signs are encouraging.”

The next test for the regulations will be Round 2, the Bahrain Grand Prix, on March 29-31.