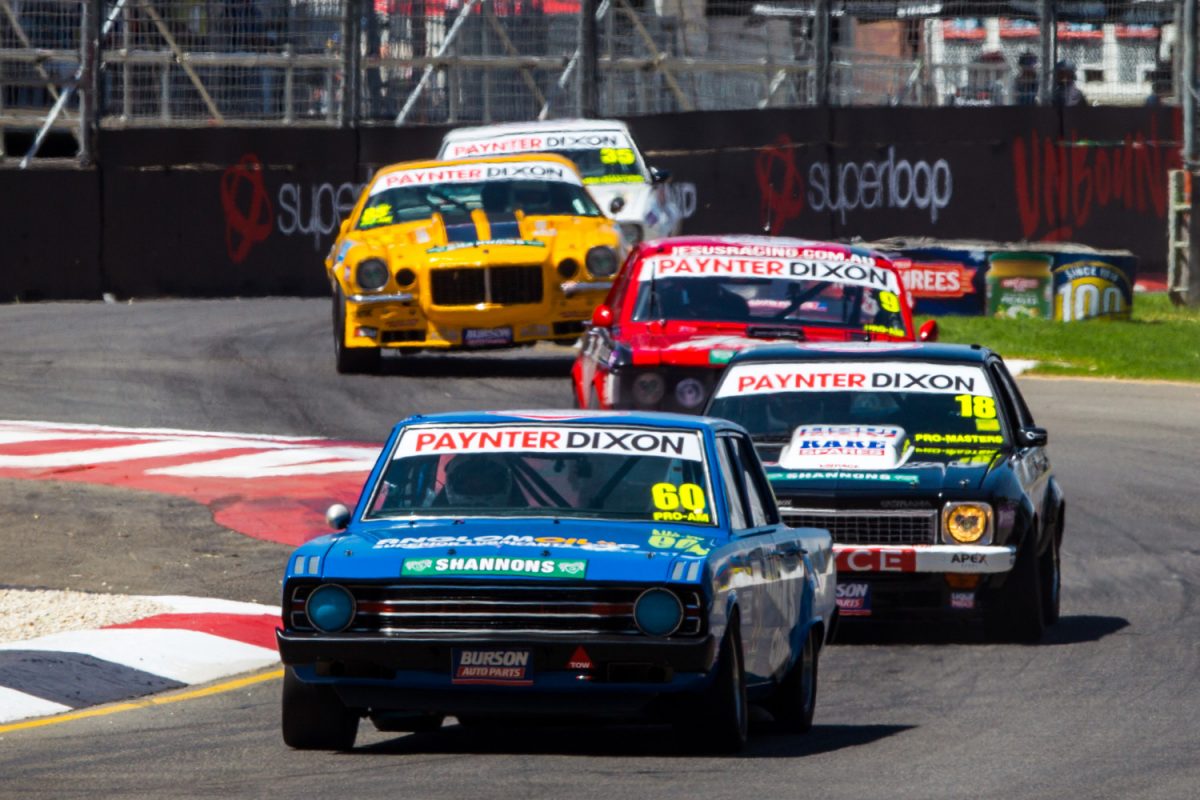 Round 1 of the 2019 Touring Car Masters season in Adelaide

The Paynter Dixon Touring Car Masters field will race under lights as part of a revamped Muscle Car Masters meeting, to be now known as the Sydney MasterBlast.

Sydney Motorsport Park has confirmed that TCM will have night racing on the Saturday of the event, which has returned to its traditional Father’s Day weekend slot, as will several other categories on the program.

The night racing will take place on SMP’s Druitt (North) Circuit, which bypasses Corporate Hill, with temporary lights to be erected.

Muscle Car Masters now features as a component of the Sydney MasterBlast, which has added a MasterCruise as well as kart and classic motorcycle racing.

MasterCruise will allow patrons to drive their car around SMP on the Sunday morning of the event (cost $100 per car), while the St George Motorcycle Club will hold an invitational road race round during the weekend.

The former three categories will also have Saturday night racing, while the motorcycles will feature a Le Mans start on the Sunday.

Off-track activity includes a Show’N’Shine, while GA ticketing provides access to the paddock and grandstand.

The Sydney MasterBlast takes place on August 31-September 1, and welcomes TCM on the program for the first time since 2015.